VW Wants to Win Back Enthusiasts with Array of Concepts 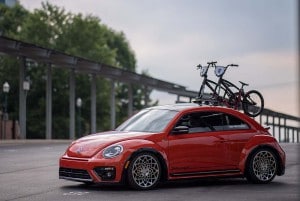 Looking for something sporty but affordable? Volkswagen might have just the car for you though, for now, these six models are just concepts making their debut at two big summer events taking place in Europe and the U.S. this coming weekend.

The German maker has reason to roll out so many show cars in one big blitz. VW is still trying to recover from its diesel emissions scandal and, particularly in the States, it will no longer have those sporty oil-burners to offer anymore.

But even as it shifts gears a bit, focusing more on conventional gas-powered models, it’s determined to show it has plenty to appeal to enthusiasts. Here’s what we’re seeing at both the GTI Meet in Worthersee, Austria, as well as the SOWO: European Experience in Savannah, Georgia.

(Click Here to find out why VW says “the future is electric.”) 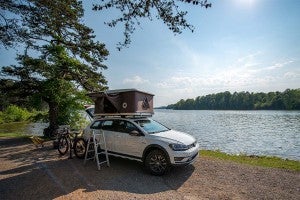 VW is taking a different route for the GTI Meet in Worthersee, shining the spotlight on the normally tame little up! model. Harkening back to the very earliest Golf GTI, the microcar shows what it can do with a little bit of muscle. 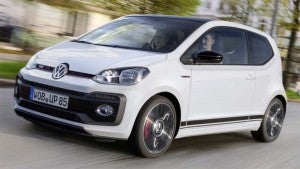 The VW up! GTI Concept.

VW says it retains the stock up! fuel efficiency by adding features like regenerative braking and Stop-Start technology. It even cleans up its act with a new particulate filter, much like what’s more commonly found on a diesel model.

Add deeper skirts, black sill stripes and a rear spoiler to the stock up!

A production version of the up! GTI is apparently set for market early in 2018 – in Europe, anyway, VW not yet convinced there’s a market for something that small in the States.

As to the concepts at SOWO, they’re just for show, though many of the modifications can be pulled together using widely available aftermarket parts.