Mitsu needs to “reform itself.” 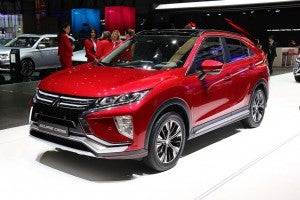 The Mitsubishi Eclipse Cross is expected to translate into a new production crossover.

While Nissan has taken a controlling stake in long-troubled Mitsubishi and replaced most of the smaller maker’s key managers, don’t expect to see a full merger of the two companies.

Instead, expect to see the two companies expand their ties – which is likely to mean more platform sharing, as well as the joint development and use of electrified powertrain technology.

“Full merger is not on the table. We want Mitsubishi to reform itself,” said Carlos Ghosn, the Nissan Chairman who recently took on that same post at the smaller company.

(Mitsubishi Eclipse returns – as a sporty crossover. Click Here to check it out.)

Ghosn is, in many ways, attempting to duplicate his efforts at Nissan, having joined that company nearly 20 years ago when it entered into an alliance with France’s Renault. At the time, Nissan was the failing company and Renault was making a $6 billion bet it could turn things around. Ghosn quickly proved the potential for that partnership, the Renault-Nissan Alliance now seen as an industry benchmark.

Ghosn recently relinquished his role as Nissan CEO to focus more on a Mitsubishi turnaround.

But, while far smaller, Mitsubishi could prove a real test of Ghosn’s vision and management skills. One of the smaller Japanese manufacturers, it has struggled for decades, bouncing from one crisis to another. A decade ago, it was revealed Mitsubishi had covered up safety defects responsible for at least one death in Japan. In the U.S., a series of management missteps heading into the Great Recession nearly bankrupted the automaker, forcing key Japanese banks to step in and bail it out.

But those investors drained much of the company’s resources, leaving it struggling to rebuild its product mix.

What might have been the coup de grace came with the 2016 revelation that Mitsubishi had cheated on fuel economy ratings for a wide range of products sold in Japan. The maker’s stock crashed and, facing significant financial liabilities, it needed yet another bailout. This time Nissan stepped in, acquiring a controlling stake for $2.3 billion.

In the months since, Ghosn – who also serves as head of Renault and the Renault-Nissan Alliance – has been ordering a series of changes at Mitsubishi. He started by naming himself chairman and stepping down as Nissan CEO – appointing that company’s veteran Hiroto Saikawa as his replacement there. 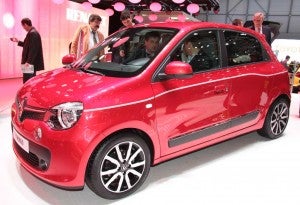 Mitsubishi might also tap into Alliance partner Renault for new products for the U.S. market.

Four other Nissan executives were moved to senior Mitsubishi positions this month, Mitsubishi Chief Executive Officer Osamu Masuko telling reporters last month that, “We need to strengthen our corporate governance to avoid a repeat of last year’s scandal, along with scandals previous to that.”

(For more on the big management chances at Nissan and Mitsubishi, Click Here.)

That has led some to predict the two companies would effectively merge, Mitsubishi perhaps falling into a position somewhat like that of Nissan’s high-line Infiniti brand. But, for the moment, at least, it will retain its independence, albeit under a closetful eye and tight control.

Nissan is clearly pushing for growth, and some of that will come in emerging markets like Indonesia where Ghosn attended the opening of a new factory this week.

After recent losses, Mitsubishi is selling about 1 million vehicles a year, but Nissan CEO Saikawa earlier this month told Automotive News, “Easily they can grow to 1.5 million, hopefully, 2 million. Having a partner [that is] a 2 million company is much better than having [one that is] a 1 million company … My first wish is that they should start growing, rapidly, and they should regain ground in the U.S. as soon as possible.”

(Mitsubishi takes the covers off Outlander Sport. Click Here for a closer look.) 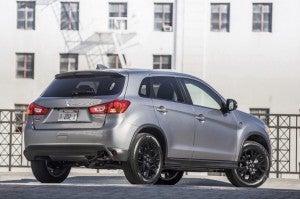 The new Outlander Sport gives Mitsubishi a presence in the small crossover segment.

For a number of years, Mitsubishi and Nissan have shared products. Some of the models that had their mileage numbers rigged were sold under Nissan nameplates. Those joint efforts are expected to expand. Ghosn this week noted the companies are looking at jointly manufacturing pickup trucks in Asia.

One area where the two companies are expected to see opportunities is in electrification. Nissan has been – along with Renault – a leader in battery-car development while Mitsubishi has a number of its own EV and hybrid models.

The smaller maker’s big growth opportunities may be in emerging markets but expect to see it also target more established regions, notably the U.S., where it has been rolling out a number of new models, such as the Outlander Sport, with more to come.

Saikawa said Mitsubishi might not only tap Nissan for help but could also work with Alliance partner Renault. With the French maker not a presence in the North American market, in fact, he said it could be an opportunity for Mitsubishi to add rebadged versions of the Renault Megane, Scenic or Twingo.

“I believe they have a very strong future in the U.S. market,” he said.