Nissan Says “No” to UAW 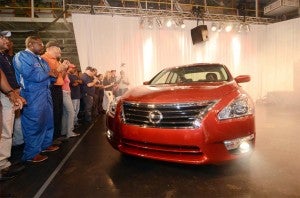 The UAW and Nissan are butting heads again over the maker's Canton, Mississippi, plant.

The factory has landed at the center of the UAW’s attention as it struggles to kick-start long-stalled efforts to represent workers at the many foreign-assembly plants that have sprung up across the South in recent years. Following a March 4 rally outside the plant headlined by U.S. Senator Bernie Sanders, the union demanded to meet with company officials to discuss worker concerns.

But Nissan executive Scott Becker responded by rejecting the proposed meeting, telling the UAW, “It would be inappropriate to have discussions with your union regarding employees at Nissan’s manufacturing plant in Canton, Miss., without your union first having obtained the support of a majority of employees at that plant.”

The Nissan response, which was provided to the Associated Press by the UAW, is the latest dust-up between the two sides. And it underscores the ongoing challenges the union is facing – not only at Nissan, but also at other foreign-owned plants, as well as the Tesla assembly line in Fremont, California. 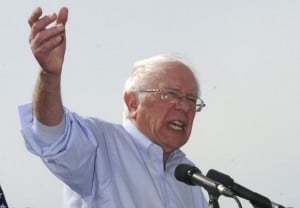 The UAW has long put a bullseye on Nissan’s back. But it has repeatedly come up short, losing two previous organizing votes at the Japanese maker’s other U.S. plant, a sprawling facility in Smyrna, Tennessee.

The labor group shifted its sights this time, targeting the Canton plant, where a large share of the workforce is African-American and it has made civil rights an issue, as much as conventional labor-management issues.

The rally by former U.S. presidential nominee Sanders was the latest in a series of rallies that have also featured celebrities such as actor Danny Glover – who earlier this month wrote an op-ed piece for Newsweek titled, “Nissan Workers in the South Need a Union.”

At the latest rally outside the plant, which employs 6,400, Sanders was joined by NAACP President Cornell William Brooks, who called on the union to talk to the union about the organizing drive.

(Click Here for details about how politics are creating a minefield for the auto industry.)

For its part, Nissan officials have repeatedly said that it can maintain a better labor-management relationship by dealing directly with workers, rather than going through a third party. Industry observers say Nissan also worries that if Canton were to be organized that could raise costs and reduce productivity.

The carmaker has indicated it would accept a vote, if the UAW could meet federal requirements. “Nissan respects and values the Canton workforce, and our history reflects that we recognize the employees’ rights to decide for themselves whether or not to have third-party representation,” said spokeswoman Parul Bajaj. 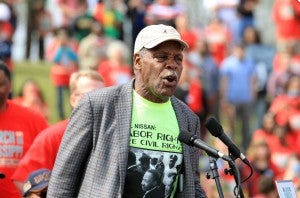 Throughout the years, only a handful of foreign-owned plants have recognized the auto workers union. One, the Mitsubishi plant in Normal, Illinois, is now closed, and the UAW lost its hold on a former General Motors-Toyota joint venture factory shortly after the GM bankruptcy in 2010. The Detroit automaker walked away from the plant, and Toyota shortly after closed the facility, later selling it to Tesla.

The union is now trying to get the battery-carmaker to recognize it at the Fremont factory. So far, Tesla has rejected that overture.

The only non-domestic auto assembly plant where the UAW has a foothold is the Volkswagen facility in Chattanooga, Tennessee. But the carmaker, after initially welcoming the union, has been trying to find ways to now shut the UAW out. That effort has so far been blocked in federal court.