Despite Ongoing Quality Issues, Tesla Owners Bond with Their Cars

“Owners see themselves as pioneers.” 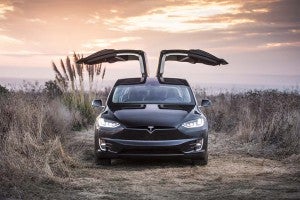 Tesla owners could be accused of having a love/hate relationship with their vehicles. The maker’s Models S and X have repeatedly been slammed for serious quality issues, yet owners retain a strong emotional bond to those battery-electric vehicles, according to a new study by J.D. Power and Associates.

But the question is whether those buying the next generation of Tesla products, starting with the Model 3 sedan set to go into production in July, will be nearly as forgiving. Moving into the mainstream carries significant risks, according to various analysts.

“Tesla owners see themselves as pioneers who enjoy being early adopters of new technology,” said Kathleen Rizk, director of global automotive consulting at J.D. Power. “Spending $100,000 or more on a vehicle that has so many problems usually would have a dramatically negative effect on sales and brand perception. Right now, though, Tesla seems immune from such disenchanted customers.”

(Tesla drops base Model S 60. Click Here to find out why.)

Power normally does not report on Tesla in surveys such as its closely followed Initial Quality Study due to the relatively small sample sizes, but what data it does get from owners suggests that Tesla wouldn’t fare very well against high-end competitors, such as Mercedes-Benz, BMW, Audi or Lexus.

Tesla has improved the quality of the Model S, but it still lags key luxury rivals.

And that’s backed up by recent studies from Consumer Reports magazine. The influential publication took the Model S off its coveted Recommended Buy list in 2015 and nearly issued a warning against the battery-electric sedan. CR was even more harsh last year when it repeatedly reported about a wide range of quality issues involving the newer Model X – problems including seemingly everything from electronics to paint to the electric SUV’s unusual falcon wing doors.

In a new study, “Tesla: Beyond the Hype,” Power wanted to look at not just what is going wrong for Tesla buy why, despite its well-known quality issues, the brand continues to grow sales for its luxury models, and has taken so many early reservations for the upcoming Model 3. Tesla claims to have logged over 300,000 such advanced orders within days of the vehicle’s unveiling last March.

Some have called it “the cult of Elon,” a reference to Tesla founder and CEO Elon Musk, a visionary entrepreneur who has billed the brand as more than just than an automotive manufacturer. To him – and Tesla loyalists – it is helping drive a broad transformation within the auto industry and, indeed, beyond. The company has been expanding its reach into battery backup systems and, with the acquisition of Solar City, into alternative energy generation. That recently led the company to drop the word, “Motors” from its name.

There have been some concerns that this almost cultish following could fracture as a result of Musk’s decision to join the economy advisory council formed by another frequent user of Twitter, Pres. Donald Trump. Indeed, there was a flurry of protest, some customers canceling their Model 3 reservations, but Tesla claims the impact was minor and that there are still well over 300,000 reservations in hand. 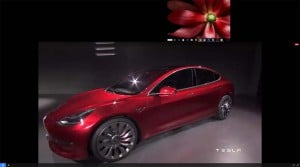 The real test for Tesla will come with the launch of the first mainstream product, the Model 3.

The Model 3, suggests Power’s Rizk, could be the bigger challenge to Tesla. That’s the longer-range, lower-priced sedan the company expects to expand its appeal into the mainstream, Musk forecasting Tesla sales will reach 500,000 in 2018, and 1 million by 2020.

But where Models S and X owners typically have additional vehicles in the household fleet that they can turn to while those battery-cars are in for repairs. The Model 3 is more likely to be an owner’s primary mode of transportation.

As a result, Rizk suggests that consumers who buy the new sedan will be less tolerant of quality trouble. “When consumers buy a mass-market car priced around $35,000 that will be their primary mode of transportation, the degree of expectation will increase immensely,” Rizk said. “We’ve seen that with other well-liked brands, whether or not it involves an electric vehicle.”

CEO Musk has emphasized quality in recent months, insisting Tesla is taking aggressive steps to resolve problems with existing models and prevent similar issues with the Model 3. The proof will come soon, the first of the new battery-sedans set to be delivered to U.S. buyers well before the end of this year.

(Automakers doing a better job of satisfying customers, according to new Power report. Click Here to see how.)