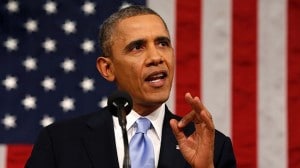 After an extensive midterm review, the U.S. Environmental Protection Agency has locked in place the strict, 54.5 mile per gallon Corporate Average Fuel Economy, or CAFE, standard set to phase in between 2022 and 2025.

The decision, which regulators had signaled was likely in late November, could set up second-guessing and a reversal by the regulation-averse Trump Administration coming into office later this month. The tough new standard had been strongly opposed by the auto industry and its supporters that claimed it could price vehicles out of reach of many American motorists.

EPA Administrator Gina McCarthy dismissed such concerns, in a statement noting, “My decision today rests on the technical record created by over eight years of research, hundreds of published reports including an independent review by the National Academy of Sciences, hundreds of stakeholder meetings, and multiple opportunities for the public and the industry to provide input.”

After years of stagnation, the government and the auto industry agreed to a series of increases to CAFE, reflecting growing concerns about global warming, as well as desires to reduce dependence upon foreign oil. But a compromise agreement hammered out in 2012 called for a review of the guidelines to assess whether the target was achievable or necessary.

Since the rules were enacted, significant changes have occurred in the U.S. automotive marketplace. One dominant sedans, coupes and other passenger cars have lost significant momentum. Utility vehicles, vans and pickups now account for almost two-thirds of new vehicle sales. And while the mileage rules offer some flexibility, manufacturers have asserted that shifting demand – as well as cheap gasoline – make it too difficult to meet the CAFE target.

“The EPA decision is disappointing,” said Gloria Borquist, the vice president of communications and public affairs for the industry trade group, the Auto Alliance, said in a statement. “Our fundamental priority remains striking the right balance to continue fuel economy gains and carbon reduction without compromising consumer affordability and vital auto-sector jobs.”

A study released last September by the Center for Automotive Research in Ann Arbor, Michigan, warned that holding to the 54.5 mpg target could cost as many as 137,900 jobs through 2025, due to a sharp decline in car sales because of rising prices. Some earlier studies had suggested that a typical vehicle could cost as much as $10,000 more by 2025.

Critics dismissed the study as biased to favor the auto industry, noting that since the first fuel economy rules were enacted four decades ago, automakers have routinely overestimated the negative impact. A key question is how much of a shift there will need to be from today’s gas- and diesel-based engines to electrified powertrains. Even if a large number of 2025 models were to switch to pure battery-electric power, however, proponents note battery prices are falling rapidly.

If anything, some advocates of raising the mileage standard contend it will result in new jobs, pointing to such things as the Tesla Gigafactory battery plant that has just gone into production in Reno, Nevada.

“These standards aren’t just about cars and trucks,” said the BlueGreen Alliance’s Executive Director Kim Glas. “Miles-per-gallon targets are spurring investment, creating and securing American jobs, cutting pollution, and building a better quality of life for families across the nation— its common sense to continue this momentum.”

Calling CAFE “a pocketbook issue” for Americans, the Consumer Federation of America pointed to what it called widespread support for better mileage by U.S. motorists.

“Consumers across the board want more miles-per-gallon, and they understand that national standards provide automakers with sensible targets they otherwise might not achieve,” Jack Gillis, CFA’s Director of Public Affairs and author of The Car Book. “Gas prices are low now, but they won’t always stay this low.”

The midterm CAFE review was supposed to be completed by both EPA and the National Highway Traffic Safety Administration. But Administrator Mark Rosekind said this week NHTSA won’t be able to finish its part of the process before the Trump Administration takes office. It remains uncertain what that might mean considering President-elect Donald Trump’s questioning of global warming and desire to reduce federal regulations.

Even if the new White House team did try to roll back the mileage rules, however, it might not have as much impact as that might seem.

“We’re already well into planning for our next generation of products,” John Mendel, the top American executive at Honda recently told TheDetroitBureau.com.

“The reality is (industry) product plans are already in motion,” said Rebecca Lindland, a senior analyst with Kelley Blue Book, adding that in an industry that typical is working four to six years out, “2002 is tomorrow.”