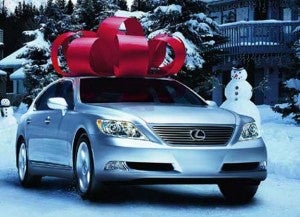 The Christmas and Black Friday sales are expected to help November's sales results.

With the year-end sales under way across the industry, strong sales during the Thanksgiving weekend are expected to give a boost to sales of new vehicles in November.

For the second time in three months and the sixth time this year, new-vehicle retail sales in November are expected to slip from year-ago levels, according to a monthly sales forecast developed jointly by J.D. Power and LMC Automotive.

J.D. Power and LMC said retail sales year to date through the end of October are expected to be down 1%, compared with the same period in 2015, while total sales remain positive with volume expected to be up 0.3%, meaning total sales could still shatter the record said in 2015.

“The election had a minimal effect on vehicle sales. While sales volume was suppressed for a short period during the election, the declines were quickly recouped by the end of the election week,” according to Deirdre Borrego, senior vice president and general manager of automotive data and analytics at J.D. Power.

(Automakers get into Black Friday spirit. For the story, Click Here.) 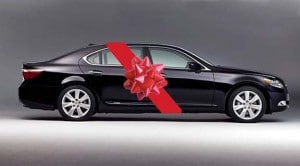 Ho, ho, ho...automakers hope to find plenty of green under their trees, this holiday.

“Although we are forecasting another decline in retail sales, it is important to note that in absolute terms vehicle sales remain close to record levels while transaction prices are at record highs. However, these results are being driven in part by elevated incentive levels, which represent a meaningful risk to the long-term health of the auto industry,” Borrego added.

Full-month performance will be heavily influenced by sales during the Thanksgiving weekend, which is one of the busiest selling periods of the year and is expected to account for one-fourth of November sales, Borrego said.

A key driver of vehicle demand during the Thanksgiving weekend is the availability of year-end incentive programs, which improve vehicle affordability. Incentive spending thus far in November is $3,886 per unit, up 15% from $3,374 in November 2015 and the second-highest level ever behind the record $3,939 set in September.

(Average age of U.S. vehicles continues to rise. Click Here for the story.)

“Many automotive industry sales records will be broken in November; although, there is the added benefit of two extra selling days year-over-year,” said Tim Fleming, analyst for Kelley Blue Book.  “With the help of substantial incentives and holiday sales events, especially Black Friday weekend, retail sales will see the most significant improvements.”

With high absolute retail sales volumes and record transaction prices for the month, consumers are on pace to spend $35.7 billion on new vehicles in November, surpassing the record high of $33.7 billion for the month of November, set in 2014.

Jeff Schuster, senior vice president of forecasting at LMC Automotive, said, “The level of uncertainty in the market is high, but thus far the financial markets have shrugged off adverse policy risk related to trade and immigration under President-elect Trump and are expecting a fiscal stimulus boost that could spill over to autos.”