Auto Loans Top $1 Trillion, But Delinquencies on the Rise 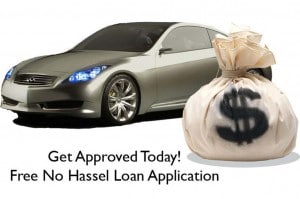 If you’re making monthly payments on a new car, truck or crossover, you’re not alone. The long, record recovery of the U.S. automotive market has resulted in an all-time high in automotive debt – and is also leading to a rise in delinquency rates.

Between April 1 and June 30, Americans were paying off $1.027 trillion in auto loans, according to Experian Automotive, with a growing share of that due on new vehicle leases. At the same time, the number of buyers who have fallen 30 to 60 days behind on payments rose during the second quarter, Experian reported.

The rise in delinquencies, the increasing dependence upon leasing and the fact that subprime and deep-subprime loans are rising has begun to worry many observers. Nonetheless, “The sky is not falling,” said Melinda Zabritski, the financial service firm’s senior director of automotive finance.

This marks the second consecutive quarter that U.S. new car loans have topped the $1 trillion mark, according to Experian. The rise in automotive debt is no surprise considering that new car sales have surged by more than 70% since the market hit bottom at the beginning of the decade. Whether the torrid growth in loan debt will continue is far from certain, as U.S. car sales have been slowing down in recent months and actually dipped in August.

(Auto sales tumble in August. But Click Here to see why they could be in for a rebound.)

Even as the automotive market recovered, vehicle prices also began to rise. Consumers spent an estimated $50 billion on new vehicles last month, and average transaction prices rose 0.4% from July, to $32,339, according to a separate study by data tracking firm TrueCar.

Automakers are ramping up CPO programs to help deal with a flood of off-lease vehicles.

Another factor worrying industry analysts has been the rise in extended-length auto loans. A study released in July by TransUnion found the average auto loan on the books for 67 months, up from just 62 months at the beginning of the decade. And the report revealed that the number of loans running anywhere from 73 to 84 months had more than doubled since 2010.

That study raised concerns because it revealed that buyers with weak credit were more likely to be fall behind on payments. Significantly, 30.7% of those shoppers with subprime credit ratings who opted for loans of 73 to 84 months were delinquent. By comparison, only 22.4% of subprime borrowers with 49 to 60-month loans had fallen behind by 60 days or more, TransUnion reported.

That was echoed by yet another report released in August by Fitch Ratings which showed that among subprime and deep-subprime borrowers such extended delinquencies were up 17% year-over-year. In recent government filings, both Ford and General Motors reported double-digit increases in credit losses compared to the first half of 2015.

(Click Here to see how you can score a good deal on an outgoing 2016 model.)

The new Experian study also raised flags over the rise in the number of customers now leasing, rather than buying. That accounted for 31.44% of new vehicle purchases during the April-June quarter, up from 26.9%.

Leasing has been promoted as a way for buyers to get more vehicle for less money, and it has especially strong appeal to those in the luxury segment, those who clock relatively low annual mileage and those who tend to trade in more frequently.

The downside is that as those vehicles return to market, manufacturers may take a hit on residuals – the value of a vehicle at the end of a lease – if they estimated badly. Those off-lease, “nearly new” models also wind up competing with new vehicles.

“One of the biggest trends we see is the shift to used vehicles by customers with excellent credit,” said Zabritski. “As new vehicle prices continue to rise, savvy consumers are looking for ways to control costs. That appears to be pushing more customers toward used vehicles.”

Automakers and their franchise dealers have tried to turn lemons into lemonade, however, by focusing on so-called certified pre-owned, or CPO, sales. They take relatively new models, put them through extensive inspection procedures and make repairs, adding like-new warranties – but charging a higher price than for conventional used cars.

Nonetheless, the flood of off-lease vehicles expected to reach market in the months ahead could put even more downward pressure on the U.S. new car market as it loses momentum after six years of recovery.