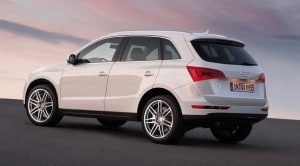 Audi is expected to build a long-range electric version of the next-generation Q5 ute in Mexico.

Hoping to rebuild trust as it battles back from its diesel emissions scandal, Volkswagen CEO Matthias Mueller has announced plans to launch at least 30 electric vehicles by 2025, by which point it hopes to sell anywhere from 2 million to 3 million of them annually.

The focus on ultra-low and zero-emissions vehicles is part of VW’s broader “Together – Strategy 2025” plan which outlines a variety of sometimes radical changes by the automaker. That includes a focus on new, digital mobility services, including car- and ride-sharing. But Mueller’s plan also calls for making the German maker a more efficient, more profitable company.

VW’s earnings of late have taken a serious hit as it attempts to work through the scandal triggered by the revelation it had rigged 11 million diesel engines to illegal pass emissions tests despite producing far more pollution than allowed. On Thursday, a U.S. judge in San Francisco agreed to yet again extend until June 28 the deadline for VW and government regulators to agree on a fix for more than 500,000 of those diesel cars sold in the U.S.

This isn’t the first time VW has signaled plans to put more emphasis on battery-based vehicles. It has several pure battery-electric vehicles, or BEVs, and plug-in hybrids already on the road under its various brand names, and last September announced that the Audi marque will launch a long-range electric EV by 2018.

Specific details for VW’s big battery-car roll-out haven’t been released, but according to a report by Reuters, the new Audi BEV will be a version of its most popular SUV, the Q5, and will be assembled at the maker’s new, $1.3 billion assembly plant in Chiapa, Mexico. It will be the only plant producing the Q5 when it goes into operation in the next year.

VW is far from the only automaker planning to electrify. In fact, Thomas Weber, the R&D chief of Daimler AG, announced this week that fully half of that maker’s research and development budget for the next two years will target green powertrain technologies, much of it battery-based. Other major rivals, such as General Motors, Toyota and Hyundai, also are pushing to add more hybrids, plug-ins and BEVs, as well as hybrid fuel-cell vehicles.

VW has been downplaying its traditional dependence upon diesel engines, although company officials have stressed they don’t intend to drop that high-mileage technology. The question is whether the German maker will be able to convince buyers that future claims for its diesels are valid, industry analysts have warned.

“Our most important currency is trust,” CEO Mueller said, during a news conference at the Autostadt visitors center next to VW corporate headquarters in Wolfsburg, Germany.

(Volkswagen contemplates building a gigafactory. Click Here for the story.)

Trust appears to be in short supply in the U.S. where Volkswagen sales have taken a sharp tumble since the emissions cheating scandal was revealed last September. It doesn’t help that the carmaker is not yet able to resume marketing the diesel models that used to account for 25% of its American sales.

VW must first come up with a technical fix to satisfy the U.S. Environmental Protection Agency, as well as the California Air Resources Board. The German maker has also been struggling to reach an agreement to settle hundreds of lawsuits stemming from the scandal. A deadline set by U.S. District Judge Charles Breyer has repeatedly been delayed, and has once again been pushed back by a week to June 28.

The San Francisco-based judge noted that there has been major progress on a deal that would see VW buy back or repair about 500,000 vehicles, while also taking steps to set up an environmental remediation fund. According to an order by Breyer, the latest delay was necessary, “given the highly technical nature of the proposed settlements in these complex proceedings.”

VW set aside 16.2 billion euros, or $18.1 billion, from 2015 earnings to cover costs related to the diesel issue, though many analysts believe the carmaker will eventually have to lay out billions more before closing the books on the most damaging scandal in its corporate history.