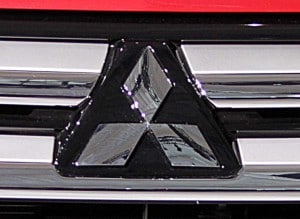 Mitsubishi could post a $1.4 billion loss as a result of the lost sales and payouts due to the fuel mileage scandal.

Mitsubishi now says it could report a loss of as much as $1.4 billion when it closes the books next March, a major swing from the $694 million profit, at current exchange rates, it originally forecast.

That reflects not only the slump in the maker’s sales since the scandal broke in April but also the cost of reimbursing owners of various models who had their mileage inflated in a bid to make the vehicles more competitive. But an ongoing investigation could force Mitsubishi to pay out still more if it confirms cheating on other vehicles.

The scandal has already taken a big toll on the maker. It has led to the resignation of Mitsubishi President Tetsuro Aikawa. More significantly, it forced the long-struggling maker to sell a controlling 34% stake to rival Japanese automaker Nissan.

Nissan marketed several of the vehicles that had their numbers inflated. Mitsubishi was forced to pay the larger maker $956 million in compensation, part of the estimated $2 billion it will spend as a result of the scandal.

It has also announced plans to pay vehicles owners a collective $478 million in compensation. That includes approximately $1,000 in payments for those who purchased the Mitsubishi eK Space and eK wagon models, as well as the Nissan Dayz and Nissan Roox. Owners of five other models will get $290 settlements.

But there is an ongoing investigation into the mileage-rigging that could expand the number of vehicles eligible for compensation. Mitsubishi has admitted it began its cheating 25 years ago. But it also insists it did not rig the numbers for vehicles sold outside of Japan.

The projected loss of as much as $1.4 billion will be paired with a 16% decline in net sales, Mitsubishi is forecasting, to $18.3 billion. Vehicle unit sales are expected to drop 8%, to 962,000. The big hit will come in the Japanese home market where the maker’s image has been tattered. There, vehicle sales are projected to plunge 41%, to 60,000 units.

Mitsubishi also faces possible penalties that could be levied by the Japanese government. Rigging mileage tests is a criminal offense there and authorities have raided several of the automaker’s facilities looking for evidence.

Mitsubishi isn’t the only automaker facing trouble over mileage data. Japanese minicar maker Suzuki also acknowledged it falsified fuel economy figures to improve its competitiveness. That resulted in the retirement this month of CEO Osamu Suzuki and another senior executive.

Like Mitsubishi, Suzuki is a major player in Japan’s so-called “kei car,” or microcar, segment.