May Auto Sales Decline Due to Fewer Selling Days 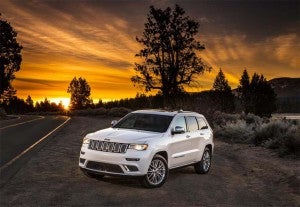 Fiat Chrysler posted a 1% sales increase, led by the 14% jump in Jeep sales last month. FCA is one of just a few that posted improved sales results.

Sales of new vehicles weakened somewhat during May as Fiat Chrysler posted a small increase while sales by most other automakers, including Ford, General Motors, Toyota and Nissan declined during the month.

Audi also bucked the trend, eking out a small increase despite the challenging calendar that left carmakers with two fewer sales days during the month. Sales slid even though the tempo of transactions remained brisk and pricing held steady as sales of trucks, vans and utility vehicles continued to boom.

FCA US said sales increased by 1% compared with sales in May 2015: the group’s best May sales in 11 years thanks to strong truck sales.

The Jeep and Ram Truck brands each posted year-over-year sales gains in May compared with the same month a year ago. The Jeep brand’s 14% increase was the brand’s best monthly sales result ever.

“Notwithstanding a challenging calendar, we managed to muscle our way to our strongest May sales in over 10 years,” said Reid Bigland, senior vice president – Sales, FCA North America. “Initial sales of our all-new Chrysler Pacifica minivan are brisk and we expect further sales growth from this vehicle over the next few months as dealer inventory continues to build.”

Ford U.S. sales of 235,997 vehicles declined 6% versus a year ago although sales of F-Series pickups increased by 9%. 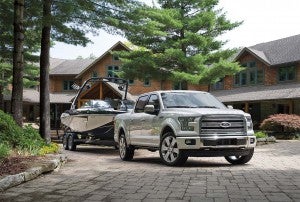 “Customers are showing how much they value the fuel economy, towing capability and technology we offer in our trucks with F-Series sales producing another strong gain in May,” said Mark LaNeve, Ford vice president, U.S. Marketing, Sales and Service.

“With strong demand for pickups, vans and SUVs, Ford brand saw average prices grow almost $1,500 per vehicle in May – about 50 percent higher than the industry,” La Neve said. The trend of rising pickup and sport-ute sales helped makers offset the bad news of overall declines.

“The overall share of light trucks in May 2016 should be around 60%, up from 55% in May 2015. The Detroit automakers are benefitting most from this trend, as their transaction prices are up between 4-6%. Manufacturers focusing on car-heavy lineups are still seeing year-over-year strength, but at a much more modest level.”

“The demand has been so strong for our new launch products, there’s no question we could’ve sold more, however, production was impacted at Fairfax (Kansas), Lordstown (Ohio) and Spring Hill (Tennessee) by the Japanese earthquakes,” said Kurt McNeil, GM vice president of Sales Operations. “Current dealer inventories for launch products are about half of what we’d like for launch products, but availability is improving, which sets us up well for the second-half of the year,” he said. 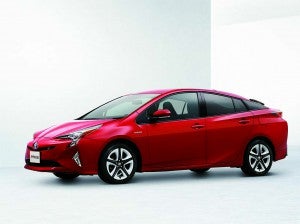 Toyota saw sales drop in May by 9.6%. Makers were hurt by having two fewer selling days this year.

Other makers experienced difficulties too: Volkswagen fell 17%, Nissan dropped 1% and Toyota sales were down 9.6% last month.

“May finished at a lower than ideal supply for our luxury utility vehicles, a sign of continued demand, though likely limiting our full sales potential,” said Jeff Bracken, Lexus group vice president and general manager. “From the compact NX to the dramatically restyled RX and the off-road conquering GX and LX, our utility vehicle family continues to appeal to the preferences of U.S. consumers.”

Consumer sentiment – an indicator of future sales – also rebounded in May to its highest level in the last nine months. There have been only four times out of the last 110 monthly surveys that the Sentiment Index was higher, according to the University of Michigan Survey of Consumers.

The renewed strength was due to increased jobs and incomes as well as low inflation and interest rates, according to U-M economist Richard Curtin, who directs the surveys. In addition, homeowners more frequently reported gains in home values than at any time during the past decade. Overall, the data indicate real consumption will grow by 2.5% in 2016 and by 2.7% in 2017.

(To see the rest of what’s new for next year, Click Here.)

This may have contributed to LMC Automotive’s move to slightly lower its sales forecast for 2016 to 17.7 million units from 17.8 million. Even at the lower pace, it would still blow past last year’s record-setting total of 17.5 million vehicles.