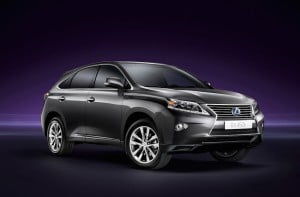 Lexus ranked at the top of the CR Automotive Reliability Study thanks to vehicles like the RX450h.

As has been the case consistently over the past few decades, Toyota and its upscale Lexus brand once again topped the 2015 Consumer Reports Automotive Reliability Study; but the annual survey of U.S. motor vehicle owners also revealed a number of surprises.

Among other things, the CR study shows big gaps between the best and worst manufacturers, whether Asian, American or European. And while some of the biggest reliability issues in recent years have involved advanced infotainment technologies, the 2015 study indicates U.S. motorists have also been experiencing serious problems with the latest, high-mileage transmissions.

Another unexpected finding comes as a bit of an embarrassment for Consumer Reports itself. Earlier this year, the magazine gave its highest rating ever to the Tesla Model S. But CR has now withdrawn its sought-after “Recommended Buy” endorsement from the battery car because of significant reliability issues.

“Tesla has moved from ‘Average’ to ‘Below Average,’ said Jake Fisher, who oversees automotive testing for the non-profit magazine. “Were no longer recommending the Model S,” which suffered from a variety of issues, ranging from squeaks and rattles to drivetrain failures, as well as electric door handles that wouldn’t operate properly, explained Fisher.

The annual Automotive Reliability Study is based on surveys – completed entirely online this year for the first time – by 750,000 U.S. motor vehicle owners. While the publication’s testers do extensive road tests on new models, this study focuses solely on reliability, which helps explain why a car like the Tesla Model S can score well on one hand and do badly on the other.

(Less than perfect. Click Here to see what are Consumer Reports’ worst vehicles.) 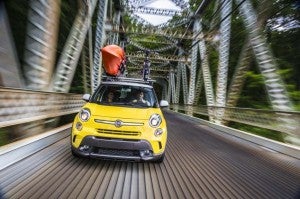 The Fiat 500L was one of the worst models in the CR study, driving the brand to a last-ranked finish.

In all, seven brands earned an “Above Average” rating, Audi ranking third and then, in order, Mazda, Subaru, Kia and Buick.

At the other end of the reliability spectrum, 12 brands were rated “Below Average,” Italy’s Fiat anchoring the list in the number 28 spot, with an 177% more problems than the industry norm. Fiat’s 500L microvan was called out as one of the study’s poorest-performing products, along with Ford’s Focus and Fiesta models, the Jeep Grand Cherokee, Chevrolet Suburban, GMC Yukon XL and Nissan Pathfinder.

One of the most significant findings, said Fisher, is that on a regional basis, old stereotypes no longer hold true. “In terms of Asia,” he explained, “it’s no longer a sure thing.” While Japanese makers captured four of the “Above Average” spots, that list also included one brand from Europe, another from Korea – Kia outscoring vaunted Honda — and, in the seventh rank, Buick.

(Kia gets hungry as sales surge. Click Here for the story.)

U.S. automakers were all over CR’s map, and there was wide disparity, even among some manufacturers. While Buick earned an “Above Average” ranking, Cadillac was stuck in 26th place, with a “Least Reliable” black mark. Ford rose six spots, though was still 17th, and also in the “Least Reliable” category. 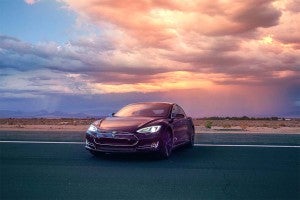 A variety of problems led CR testers to pull their endorsement of the Tesla Model S battery-car.

The second-largest Detroit automaker has had a number of problems with its Sync and MyTouch infotainment technologies in recent years – a trend that has tripped up a majority of the brands covered by the CR study. But Ford has also had problems with the high-mileage dual-clutch transmissions that made the Focus and Fiesta models so trouble-prone, according to owners.

And that’s another negative trend, noted Fisher. After years of seeming to get traditional, mechanical problems under control, transmission trouble has become a “problem again.” Ironically, that’s because manufacturers have been trying to meet consumer demands – and government mandates – for better fuel economy. And one part of the solution has been to switch from generally trouble-free six-speed automatics to new, trouble-prone 7-, 8- and 9-speed gearboxes.

It’s actually not the hardware causing most of the issues, Fisher added, but most often the electronic control systems. Automakers have plenty of experience building mechanical devices and have largely worked the bugs out, he explained. But the industry is still struggling to deal with newer digital technology.