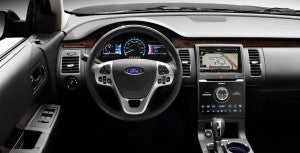 The Ford Flex is one of a growing number of vehicles to use keyless ignition systems.

A lawsuit has been filed in federal court in Los Angeles naming 10 of the world’s largest automakers as defendants in a suit alleging 13 deaths were caused by faulty keyless ignition systems.

The complaint claims that the systems allow motorists to walk away thinking the vehicles have been shut off but actually can continue running, producing deadly carbon monoxide gas. The suit alleges that the 10 automakers have known about the problem but hid it from consumers and continued to market the keyless ignition systems.

“The automakers had actual knowledge of the dangerous carbon monoxide poisoning consequences of vehicles with keyless fobs that lack an automatic shut-off,” the lawsuit stated.

The federal suit is the latest in a series of legal actions related to automotive safety problems, in general, and ignition system defects, in particular.

GM has, notably, faced a raft of lawsuits related to an ignition switch defect the company admits having hidden for at least a decade. It could result in a vehicle inadvertently being shut off while driving, disabling the motor, power steering and airbag system. A victims’ compensation fund set up by the automaker recently completed its work, issuing payments in connection to more than 100 deaths caused by the problem.

Beyond the GM issue, problems with ignition systems have led to a number of recalls in recent years.

(Consumers are growing increasingly frustrated by the surge in safety recalls. Click Here for the story.) 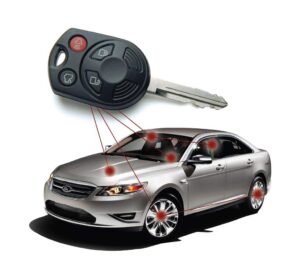 The new lawsuit alleges at least 13 deaths were caused by keyless ignitions, and the plaintiffs noted that the National Highway Traffic Safety Administration has received 27 complaints about the problem.

Keyless ignition systems were introduced more than a decade ago and allow a driver to start a vehicle without actually inserting a key. Instead, the vehicle can sense when the appropriate key fob is in the driver’s possession. The problem, the lawsuit claims, is that motorists may then leave a vehicle thinking that it has been shut off while, instead, it continues to run. In a garage or other enclosed space, that can result in a build-up of colorless, odorless but deadly carbon monoxide gas.

The new lawsuit also lays out a claim that the defect results in the loss of value for vehicles equipped with the keyless systems. A lost-value claim resulted in a $1.6 billion settlement in 2013 involving Toyota vehicles allegedly suffering from unintended acceleration issues. GM has been facing several lawsuits seeking billions of dollars in similar claims for vehicles equipped with faulty ignition switches.

The new federal lawsuit also is demanding that automakers come up with an automatic shut-off system that would prevent vehicles from running once a motorist walks away from the vehicle.

Most of the defendant carmakers declined to comment on the new action, but Ford told the Reuters news service it takes safety “very seriously,” adding that its keyless ignition systems have been proven “safe and reliable.”

Vehicles with keyless ignition systems normally issue warnings – in some cases chimes, in others actual visual text warnings – advising a motorist to shut the vehicle off and take the key when exiting.

Most or all continue to run, however, if a driver does not actually press the start button or take other steps to shut the vehicle off. In some instances, notably with hybrids, it is possible that a motorist may think the vehicle is not running at the time they exit, but its engine can later fire back up, TheDetroitBureau.com has noted in various reviews.

(Millions more vehicles could be affected by an expanded Takata recall. Click Here to find out why.)