Offering could be valued at $11 billion. 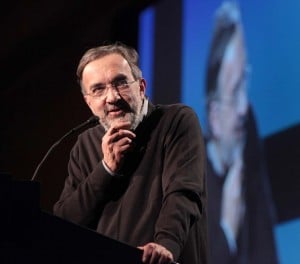 Sergio Marchionne said the Ferrari IPO prospectus will be ready within a few days, beginning the process of the long-awaited spinoff.

After an unexpected delay, Fiat Chrysler is expected to begin the process of spinning off Ferrari this week. CEO Sergio Marchionne said a prospectus for an initial public offering of 10% of the sports car brand’s shares will be filed within “days.”

The long-awaited move was pushed back due to legal restrictions set in motion by last year’s merger of Italy’s Fiat and the American Chrysler. But Marchionne ultimately expects to see the IPO back a market valuation of $11 billion or more for Ferrari, an automotive icon that has long had to turn away potential customers due to self-imposed production limits.

“We are days away from filing the prospectus,” Marchionne told reporters after a panel discussion at the Toronto Global Forum last Friday.

As with Fiat Chrysler Automobiles, Ferrari will be incorporated in the Netherlands, but have its headquarters in London. That structure forced a delay in the IPO upon FCA since European laws required a one-year waiting period before any spin off after the FCA merger. 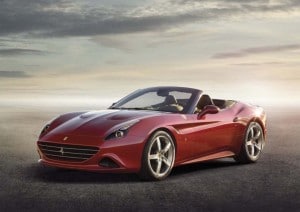 Soon aficionados can own more than just one of the models, they'll be able to purchase an ownership stake in Ferrari.

Even though it will officially move its headquarters, a statement by the maker said it will “continue to be organized under Italian tax law” and will remain “tax resident in Italy.” All key vehicle operations, including design, engineering and manufacturing also will remain in Italy, Ferrari officials have stressed.

The spinoff has long been sought by investors and industry analysts who felt it would unlock significant value for Fiat. Selling off its stake will help support the five-year, $61 billion investment program Marchionne has put in place.

(To see more about why the Ferrari spinoff was initially delayed, Click Here.)

Under the plan, 10% of Ferrari’s shares will be sold to the public, with 80% distributed to current Fiat Chrysler shareholders. The remaining 10% of the sports car company will remain in the hands of Piero Lardi Ferrari, son of company founder Enzo Ferrari.

How much will change after the IPO is uncertain. Ferrari went through a big shake up last September when Luca di Montezemolo announced he was leaving his post as CEO following an apparent dispute with FCA Chief Executive Marchionne.

(Click Here for details about Ferrari turbocharging its new 488 GTB.)

Several factors were said to contribute to the dispute, including Ferrari’s recent, poor showing on the Formula One circuit, as well as Montezemolo’s resistance to increasing Ferrari production. Despite an estimated two-year wait for buyers hoping to get some of the latest models bearing the prancing pony logo, the CEO was reluctant to go beyond the ongoing production cap of 5,000 vehicles annually. According to some reports, Marchionne wants to double that output.

The Canadian-educated executive has been pushing to build up all three Italian luxury brands within the FCA portfolio. Along with Ferrari, he has ordered an extensive expansion program for Maserati – which last year saw sales surge to 37,000, a global, year-over-year increase of 137%.

(Forget those five-star crash ratings, Click Here to find out why bigger is better.)

FCA also is betting big on the Alfa Romeo brand. It recently unveiled its new Giulia sedan, the first of eight new products in the pipeline as part of a $5 billion investment program.