Lincoln MKS Getting Axed in 2016 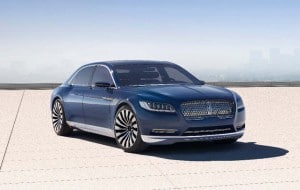 The Lincoln Continental is expected to be the replacement for MKS, which will cease production as a 2016 model.

The announcement that the 2016 model will be the last for the MKS is fueling the fire that the brand is getting a new flagship model: the Continental, which made its debut at the New York International Auto Show this spring.

While chronicled by TheDetroitBureau a few months ago, Ford executives made the demise of the MKS official yesterday during an event promoting the addition of Ford Explorer production to the automaker’s plant in Chicago. 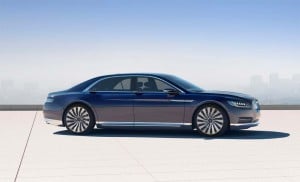 A new 3.0-liter EcoBoost will power the Continental.

Since its introduction in April, Lincoln officials have sidestepped questions about the Continental, in particular, those about if it would replace the MKS. The Continental would give the brand a real flagship that could go head-to-head with Cadillac’s new CT6, which is expected to debut next year, as well.

The Continental also is expected to take on luxury import flagships like the BMW 7-Series, Audi A8 and Mercedes S-Class.

However, the addition of the Continental may also signal something else: the end of Lincoln’s oft-derided MK-based nomenclature. Introduced in 2007, the “MK” based names have never really gained acceptance. And despite claims it was here to stay, the brand made an exception for the Navigator and appears to be doing the same for Continental.

(Click Here for details about how the Continental may force end of Lincoln’s MK-based names.)

While the Continental is expected to turn around the fortunes of the Lincoln brand alone, it’s introduction suggests Ford leadership realizes the importance of luxury vehicle in its overall portfolio. Sales of premium luxury vehicles are modest compared to midsize and compact models, but they are expected to grow by 10% by decade’s end. 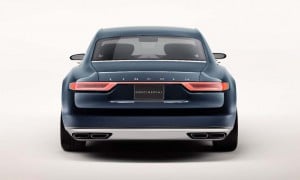 The Lincoln Continental uses "light-through-chrome" technology for its taillights.

It also helps grease the skids for expansion in China, which is the largest luxury vehicle market in the world, where Lincoln is a newcomer. While some products have been imported for years through the so-called gray market, it only opened its first official dealer late last year. It has now has 25 stores open there, and plans to grow that to 60 dealers in 50 cities by the end of 2016.