“Significant safety concerns (are) being overlooked.” 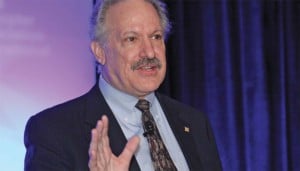 Mark Rosekind, NHTSA's new administrator, will testify before a Senate hearing on Tuesday.

In the wake of a series of fatal safety problems, the National Highway Traffic Safety Administration has promised to crack down on the auto industry. But NHTSA itself is expected to come under fire for its own lapses.

Published reports indicate the agency charged with regulating automotive safety fell short in a variety of ways in recent years, among other things failing to uncover the ignition switch problem at General Motors that led to more than 110 deaths.

“Collectively, these weaknesses have resulted in significant safety concerns being overlooked,” says a harsh, 42-page report by the Transportation Department’s Office of Inspector General, which is expected to be published on Friday.

Its official release will follow a hearing on auto safety to be held tomorrow by the Senate Commerce Committee. Among those called to testify are Inspector General Calvin Scovel and NHTSA’s new Administrator Mark Rosekind. During his confirmation hearings Rosekind promised to make changes at the agency and now says he will “aggressively implement” the auditor’s 17 major recommendations by next June, according to the Detroit News.

Each years, millions of vehicles are recovered due to a variety of safety problems, but the total surged to more than 60 million in 2014, more than double the previous record

There have been an unusual number of high profile cases recently, including an ongoing series of recalls triggered by faulty Takata airbags and fires involving Jeeps. But NHTSA has taken particular heat for failing to uncover problems with various General Motors vehicles equipped with faulty ignition switches. The maker recalled 2.6 million vehicles last year while admitting it waited a decade to respond to the problem.

NHTSA hit GM with a $35 million fine in May 2014. The maker itself launched a victims’ compensation program that has since confirmed more than 110 deaths connected to the ignition switch problem. GM also faces both individual lawsuits and an ongoing criminal probe by the U.S. Justice Department that some believe could levy more than $1 billion in fines.

The new auditor’s report contends NHTSA failed to properly review safety issues and then didn’t take required action against automakers when problems were discovered. It also did not properly train or supervise its staff. The study cites examples of instances where defects surfaced but were not followed or acted upon, including issues with faulty GM airbags.

The agency itself has complained that it is seriously understaffed considering the workload it faces, and the White House in February asked Congress to triple the budget for NHTSA’s Office of Defects Investigation. ODI currently has just 60 workers but wants 380.

Currently, staff members ignore 90% of the roughly 330 consumer complaints that arrive each day. And the auditor’s report faults NHTSA for failing to open investigations when the facts would justify them.

The agency’s actions , says the report, “lack transparency and accountability. Specifically, ODI does not always document the justifications for its decisions not to investigate potential safety issues and does not always make timely decisions on opening investigations.”