But will be renamed Elux Karma. 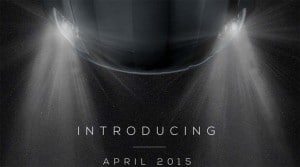 A new version of the Fisker Karma - now renamed Elux Karma - is set to debut this month.

After a spectacular, billion-dollar meltdown, Fisker Automotive is set for a revival – more or less.

The once-promising California start-up crashed and burned and was purchased out of bankruptcy by China’s Wanxiang Group which hoped to relaunch the plug-in hybrid Fisker Karma. The Chinese company is teasing the turnaround of what will now be known as the Elux Karma.

Proclaiming “It’s On,” Wanxiang is promising to show off its version of the Karma sometime later this month — possibly at the upcoming Shanghai Motor Show. Other details are scarce, though a report by the China Daily suggests the reborn plug-in sports car will make it back into showrooms in mid-2016 at a price tag of around $135,000.

That would be about 20% more expensive than the original Fisker Karma. The original car was priced roughly in the range of the high-end Tesla Model S which currently goes for anywhere from $69,900 to $93,400 for the P85 Performance version.

(Price wars rage in the battery-car market, driving down consumer prices. Click Here for the latest.)

The Fisker Karma was the brainchild of former Aston Martin designer Henrik Fisker, and was meant to show that battery-based vehicles didn’t have to be slow and stodgy. Repeatedly delayed, it finally went on sale in 2012, with a number of high-profile celebrities, such as Leonardo di Caprio both investing in the company and signing up for some of the first cars.

But the Karma received a mixed reception from the media and ran into a series of problems, including several that required recalls.

The company itself raised over $1 billion from investors but was quickly knee-deep in financial problems that were worsened when the federal government decided to halt paying out from a government fund intended to support the development of clean, high-mileage battery vehicles. Production was halted at the plant Fisker was using in Finland and, within short order the company plunged into bankruptcy.

Wanxiang soon move in. It first bought the assets of A123, a Massachusetts company that had served as the battery supplier to Fisker, for $256.6 million. It then bought Fisker itself in early 2014 for $149.2 million.

Reportedly, there were as many as 250 significant problems left unresolved by the original development team that led to reports by consumers of fire problems and software failures.

That may explain why it will take the newly renamed Elux at least a year more than it originally anticipated to bring the Karma back into production. The Chinese company also is believed to have made some styling updates though the new Elux Karma is expected to remain quite similar to the original model’s design.

Among other issues left to be clarified, the new owners aren’t yet saying where they will market the Elux Karma. With the government pushing hard for electric vehicles as a way to address endemic smog problems, the plug-in will clearly be offered in China. But whether it also will be re-introduced into the U.S. remains to be seen. Currently, there are no Chinese-made vehicles being sold in the States, though Volvo plans to import a stretched version of its S60, made in a plant near Guangzhou, later this year.

Elux is believed also to be working on a final version of the Fisker Atlantic concept vehicle that was in the development stage when the company went bankrupt. Whether that project is going forward has not been revealed.

How the Karma will play in any market today also remains to be seen. It was a unique alternative when initially conceived but there are a growing number of plug-in models coming from mainstream and — in particular — from luxury brands like Mercedes-Benz, BMW, Audi. Cadillac will unveil a plug-based version of its new CT6 flagship at the Shanghai Auto Show later this month.