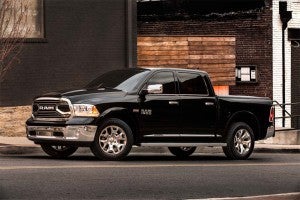 The continuing growth in the sales of trucks and sport utility vehicles is reducing the fuel economy numbers of the new vehicles purchased by American consumers.

The latest evidence comes from a new survey by researchers at the University of Michigan Transportation Research Institute in Ann Arbor, Michigan, which found gas mileage of new vehicles sold in the U.S. slipped last month thanks in part to this year’s harsh winter.

Average fuel economy – window-sticker values – of cars, light trucks, vans and SUVs purchased in February was 25.2 mpg, down from 25.4 mpg in January and now just 0.1 mpg higher than a year ago. Overall, vehicle fuel economy is up 5.1 mpg from October 2007, the first full month of monitoring by Michael Sivak and colleague Brandon Schoettle.

“The decrease in fuel economy likely reflects the increased market share of light trucks, SUVs and crossovers in response to the inclement winter weather in a large part of the country,” said Sivak, a research professor at UMTRI. A drop in fuel prices has also helped the boom in truck sales during the past year.

The latest sales figures from the automakers showed that 54 % of the vehicles sold in the U.S. were trucks or utility vehicles and truck- or utility-centric name plates such as Jeep, GMC and Range Rover all did well in February, according to figures compiled by AutoData.

(Click Here for details about automaker demands on suppliers.)

The declining in fuel-economy, which have steadily improved since 2008, also represent something of a challenge for carmakers, who have to meet tougher fuel economy standards in the U.S. Europe and China. The fuel-economy challenge in the U.S. is particularly daunting because of the American preference for larger vehicles and pickup trucks.

(To see more about Toyota killing off the Venza, Click Here.)

Executives from major carmakers, such as the Ford Motor Co.’s Mark Fields, have begun to express concern about their ability to meet future fuel economy stands and satisfy consumer tastes at the same time.