Who Are America’s Worst (and Best) Drivers? 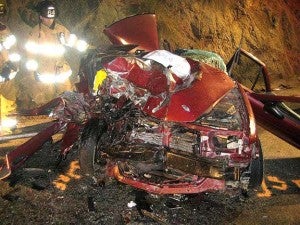 Drivers in D.C. are far more likely than most to have a crash, according to an Allstate study.

Are you a good driver?  A new study by Ford Motor Co. suggests 99% of Americans will answer, “Yes.”  It’s always the other driver.

But where does the other guy live? That’s what Allstate set out to find and, as one of the nation’s oldest and largest automotive insurance companies, it has the data to deliver an answer.  Of course, there are any number of ways to define “worst.”  But Allstate didn’t look at rudest, most aggressive or even those with the most points on individual driving records.  It focused on where motorists had the most collisions.

And there, the data pointed to the same town that also seems to have the worst gridlock in its core business – of government – Washington, D.C.

On the positive side, the new study found the best drivers are based in Sioux Falls, South Dakota.  In fact, that’s the fifth time in the eight-year history of the “Allstate America’s Best Drivers Report” that Sioux Falls set the lead.

The study “was created to boost the country’s discussion on safe driving. Each year we hope the report will increase awareness about the importance of being tolerant and attentive behind the wheel,” said Mike Roche, Allstate’s senior vice president of claims.

How much of a difference can there be between one city and the next?  Up in Sioux Falls, the typical motorist is 27.6% less likely to have a collision than the typical U.S. driver – based on a weighted two-year average, Allstate said.  That means the likelihood of one collision every 13.8 years.

Perhaps the one big surprise was the absence of Boston, a city that almost takes pride in its bad driving skills.  But that turns out to be a statistical anomaly. Allstate didn’t provide insurance in Massachusetts for both of the years it studied.  It also skipped some regions of Florida, Utah and Colorado.

Among the best cities, Boise, Idaho was a close second, followed by Fort Collins, Colorado, Madison, Wisconsin and Lincoln, Nebraska.

With rare exception, motorists in smaller, Middle American towns were shown to be far less likely to have a collision than the national norm.  Bigger cities, especially along the coasts, were far more likely to put in for insurance claims. Surprisingly, New York wasn’t in the Top 10, though its drivers were still about 41% more likely to have a collision during the two-year survey period.

There were a few exceptions among the bigger city rule, Tucson showing up as Allstate’s 15th-safety city, Milwaukee landing in the 15th spot, followed immediately by Kansas City, Missouri.

Of the 195 metropolitan areas analyzed by Allstate, California had five among the worst 25, followed by New Jersey with four.  Florida and Virginia each had three.

Why publish the list? Allstate’s Roche said his company hopes that by making motorists aware of the risks they might think about ways to improve their own behavior behind the wheel.

“Minimizing distractions, obeying traffic laws, and using your car’s safety features like turn signals and headlights, are all ways to be safer, no matter where you drive,” he said.