In-Vehicle Navigation Sales Will Quadruple by 2019

And Google, Microsoft and Apple hope to be leading the charge. 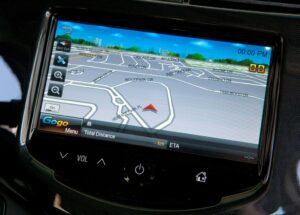 The number of cars, trucks and crossovers sold with in-vehicles navigation systems will quadruple in North America by 2019, according to a new study, growing to nearly 13 million new systems annually.

But that may not be as good news as it might seem for traditional navi system suppliers, such as Denso, Harman or TomTom, cautions Boston-based Strategy Analytics, Inc. It warns that high-tech firms, such as Apple, Google and Microsoft, are “beginning to battle for share” as they grow their own automotive business.

The good news is that future navigation systems, whoever supplies them, will likely be less expensive and offer significantly more features.  Price, even more than functionality, has been a barrier to entry for many consumers – or led them to go with aftermarket devices that can be purchased at a Costco for $100.  And now, potential buyers have the opportunity to go with smartphone navigation apps.

The penetration rate of in-car navigation technology varies widely by market.  Factory navi systems are near-ubiquitous in Japan, especially in labyrinthine cities like Tokyo.  In the U.S., however, the technology got off to a slow start, and while after-market units have become popular holiday gifts, factory-installed systems have gained ground much more slowly.

That’s beginning to change.  Some makers have recognized that price is a critical obstacle.  They had to switch from a low-volume, high profit margin strategy, said Canali, to one that recognizes they can sell far more navigation systems but at a lower profit per unit.

Ford, for example, now offers navi systems on some models for as little as $600.  In fact, the basic hardware is already in the car and the motorist pays the premium for software contained on a thumbnail-sized SD card.

Meanwhile, proposed legislation that would mandate the use of back-up cameras should also help lower prices and increase sales, suggested Canali, as most of the basic hardware, notably the in-dash video screen will already be installed in most vehicles once such legislation goes into effect.

But the analyst notes that “The definition of navigation has really widened,” stressed Canali.  “It’s not just the full-screen, harddrive or DVD-based system built into the dashboard anymore.”

Ford, for example, also offers a free service through its Sync infotainment system.  There’s no video display but a motorist can call in a destination and an operator will program it in.  Then, turn-by-turn instructions will be read out by voice.  General Motors offers a similar “off-board navigation” feature through its OnStar subsidiary, as do a number of other makers.  GM has also introduced the new Chevrolet GogoLink, a new smartphone app-based nav system that GM says will provide full-featured navigation with traffic updates at less than the cost of traditional navigation.

Ford’s Sync system, as well as Kia’s new infotainment technology, were both developed by Microsoft.  The latest Audi models, such as the 2013 S5 sedan, feature displays using Google Earth and Google StreetView images.  Apple is now getting into the act and is even negotiating with a number of manufacturers to add a “Siri” button on the steering wheel that would directly access the high-tech firm’s voice control software on an iPhone. Among other things, that would allow a driver to simply ask for a nearby coffee shop and have the address automatically entered into the navi system.

“Competing against these new players will be difficult for incumbent suppliers of navigation systems because the new players are so well capitalized and can devote far more to research and development,” Richard Robinson, Director of Automotive and Multimedia Communications at Strategy Analytics.

The new study concludes that worldwide sales of in-car navigation systems will jump from 9.5 million in 2009 to 56 million by 2019. In North America volume will surge from 1.8 million in 2009 to an estimated 3 million this year and 12.9 million annually by 2019.  But, at least from a percentage basis, the biggest growth will be seen in China, Strategy Analytics forecasting navigation sales of just 355,000 in 2009 will reach 11.8 million by 2018.