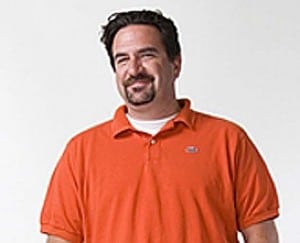 Hyundai has pulled off a styling coup.  The maker has snatched Christopher Chapman, one of BMW’s more promising designers – to head the Korean maker’s Design Center in Irvine, California.

Chapman replaces Philip Zak, who left Hyundai last spring to rejoin the General Motors’ design staff. In his new position, Chapman will be responsible for new vehicle and concept designs for Hyundai – which has built much of its recent rise on cutting-edge styling with products like the midsize Sonata and compact Elantra.

“With over 22 years of experience in the industry working on esteemed automotive brands, Chris provides a level of talent that will help further our design portfolio,” said Suk Geun Oh, Head of Design, Senior Executive Vice President Hyundai Design Center.

Chapman started his career with the Isuzu Technical Center of America in Cerritos, California in 1989 and was the designer selected for the exterior of the XU-1 show car, which won Best Concept at its 1993 Tokyo Motor Show debut.

In 1994, he joined the BMW Group at DesignworksUSA in Newbury Park, a fringe suburb of Los Angeles. Among the variety of concept and production programs, Chapman designed the exteriors of the X5 Sport Activity Vehicle and X Coupe concept car.

He and his family relocated to Munich, Germany for a two-year assignment to immerse in the BMW culture and while there Chapman designed the CS1 concept shown at the Geneva Auto Salon in 2002, followed by the 1-Series production Coupe and its derivatives.

In 2002, Chapman was appointed Director of Automotive Design at BMW’s California studio and has been responsible for guiding several advanced and production vehicles including the new X5, X3, Z4 and the first BMW 1-series E87.

Since 2008, Chapman has additionally directed the Transportation Design department, which includes Designworks.  The BMW styling subsidiary partners with a variety of companies in aviation, marine, and public mobility – and has even designed consumer products ranging from sunglasses to laptop computers.
“Christopher Chapman is an outstanding addition to the design team at HATCI,” said John Krafcik, president and chief executive officer, Hyundai Motor America. “We are proud to add such a talented individual to lead the team of dedicated designers at HATCI that will continue to develop innovative vehicles for both the United States and global auto markets.”

A native of Pasadena, Chapman graduated from Art Center College of Design with a Bachelor of Science degree in Transportation Design.

He becomes the second top-ranked executive the Koreans have snatched from a German automaker in recent years.  Hyundai’s sibling Kia brand earlier had snagged Peter Schreyer, who previously helped make Audi a design powerhouse with products such as the TT.