A primer on all the new models debuting this week in the City of Angels. 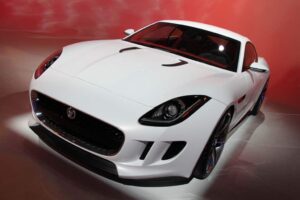 The U.S. auto show season gets underway this week with the opening of the 2011 Los Angeles International Auto Show.  There’ll be plenty for just about everyone at the annual event, from a subcompact Honda battery car to the fastest muscle car Detroit has ever built.

Small cars are clearly gaining strength but it should be no surprise that, with California the world’s largest luxury car market, there will be a disproportionate number of high-line models, from the new Jaguar XKR-S to the seventh-generation Porsche 911. That sports car underscores the significant gains manufacturers are making as they adopt new technologies like direct injection and Auto Stop/Start.  Though the new 911 is significantly more powerful it’s also expected to get as much as 15% better mileage.

We’ll see plenty of awards handed out, including one for the year’s greenest cars.  And there’ll be more models falling into that category than ever before, including the Honda Fit EV, the Japanese maker’s first battery-electric vehicle.

Here’s a look at the models making their debut at L.A.’s Staples Center: 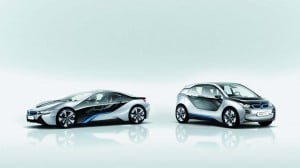 The BMW i8 and i3 models will make their U.S. debut.

Audi – Will stage the North American debut of three new performance models, the S6, S7 and S8, all of which originally appeared at the Frankfurt Motor Show two months ago.

Bentley – The British marque reveals the updated version of its Continental GTC Convertible.

BMW – Look for the all-new M5, the latest in the maker’s vaunted high-performance brand-within-a-brand. You’ll also find the first offerings from another new sub-brand, the i3 battery-powered city car and the more performance-oriented i8 plug-in hybrid. 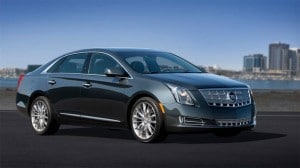 Buick – The maker’s new LaCrosse GL Concept is intended to serve as a high-styled antidote to the many plain vanilla sedans that many manufacturers offer.

Cadillac – GM’s most exclusive brand gets a new flagship in the form of the XTS premium luxury sedan, which replaces the old and largely unloved STS and DTS models. Caddy also unveils Cue, an infotainment system that can be operated with plain English commands. 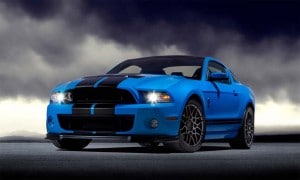 Chevrolet – Covers some wide range when it introduces the new, Korean-made Spark, the smallest Chevy ever, but one aiming to position itself as a value proposition, not the traditional domestic econobox. Then there’s the striking ZL1 Convertible, the ragtop version of the fastest Camaro ever.

Dodge – Yep, Californians may like green machines but Chrysler’s performance brand is betting there’s still plenty of demand for a car that can spin tires as fast as the Challenger SRT8 392 Yellowjacket Edition. Yep, it’s a Hemi. 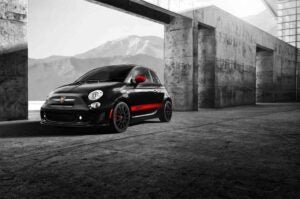 Fiat is betting the Abarth edition will pump a little more lift into the slow-selling 500.

Fiat – The Italian partner to Chrysler has seen its little Cinquecento struggle in the market so it’s hoping the performance-oriented Abarth 500 edition will pump some adrenaline into the microcar.

Ford – The second largest of the Detroit makers will be busy in LA. It’s got an all-new Shelby GT500 and the 2013 model will be the first muscle car ever to break the 200 mph barrier. The rest of the Mustang line will be tweaked, as well.  The sporty Focus ST will share the stage with an ST concept version of the smaller Fiesta.  And Ford will wrap up a busy schedule with the newly redesigned Escape SUV, migrating to a more stylish, car-based, rather than truck-like platform. 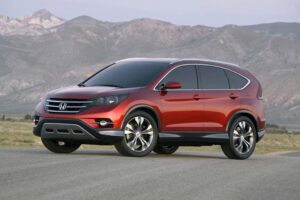 Honda has a 4th-generation CR-V on tap.

Honda – The Japanese automaker will challenge Ford with the fourth generation of its CR-V, the model that create the compact crossover segment 15 years ago.  And Honda will launch its first battery-electric vehicle, the Fit EV.

Hyundai – The Korean maker wraps up its promised 24/7 program with the seventh new model in 24 months, the large Azera sedan, the latest to adopt its so-called Fluidic Sculpture design language.

Infiniti – Provided a tease of its new 3-row, 7-passenger JX crossover during a preview at the Pebble Beach Concours d’Elegance in August. Now it’s rolling out the final production version. 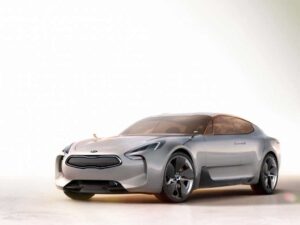 Kia's new GT will have a strong influence on future product design.

Jaguar  – The British marque presents us with a look at its present and future, starting with the new XKR-S Convertible, its fastest-ever ragtop, and then providing the North American debut of the C-X16 plug-in hybrid concept which is likely to get the go for production later this year, including its high-performance plug-in hybrid drivetrain.

Jeep – The SUV brand hopes to blaze new trails with its Wrangler and Liberty Arctic Editions.

Kia – The GT concept has been gaining momentum since its European preview at the Frankfurt Motor Show.  Will the Koreans come up with a production version? 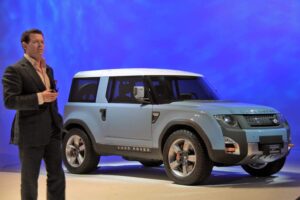 Land Rover – The DC100 concepts show what a future version of the maker’s big Defender SUV might look like. The show cars are very modern interpretations of the classic Land Rover form-follows-function philosophy.

Lincoln – Ford’s upscale brand wants to re-launch itself and will reveal an all-new design theme when it pulls the wraps off the newly-updated MKS sedan and MKT crossover vehicle.

Lotus – With the Exige R-GT, the British maker intends to take a serious shot at becoming a contender in the newly-created FIA GT rally car class. 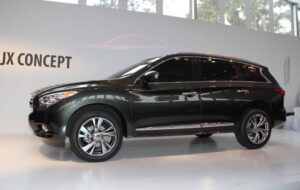 There'll be few changes from the Infiniti JX Concept to the production car.

Mastretta – The name’s not familiar? No surprise, but the Mexican maker will weigh in with its new sports car, the MXT.

Mazda – Mazda has traditionally zigged when most makers zag and the Mazda3 SkyActiv is the latest example, the new drivetrain in the compact model delivering hybrid-like fuel efficiency without the added complexity – or cost – of a battery-electric model. 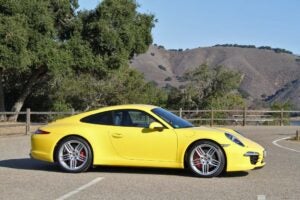 Porsche – The new, seventh-generation 911 Carrera is longer, lower, wider – and a lot more powerful than the sports car it replaces – yet new technology like Auto Stop/Start help it get about 15% better mileage.

Subaru – The maker will be pulling the wraps off the BRZ Concept STI, the prototype Miata-fighting sports car it developed in partnership with Toyota.

Volkswagen – The German giant rounds out our list with an updated version of what is arguably its most stylish model, the CC coupe-like sedan, as well as the sporty new Beetle R.

Volvo – Americans will get their first look at Concept You, a hint of the more luxurious direction the Swedish maker intends to take going forward, Also on hand: the new the new C70 Inscription Edition, described as the world’s first 4-seat convertible with a 3-piece folding hardtop.