Why Did Mercedes Blow Out U.S. CEO?

Ouster of Ernst Lieb a deepening mystery – but one creating problems for the German maker. 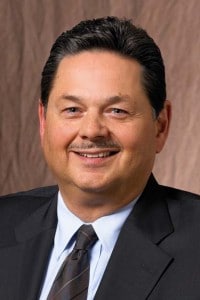 The mystery of Ernst Lieb's ouster deepens - while also creating headaches for Mercedes.

The unexpected ouster of Ernst Lieb, the popular – and seemingly successful – CEO of Mercedes-Benz USA has created far more questions than answers, a deepening mystery in an industry where secrets are seldom held for long.

After word leaked out that the 56-year-old German executive would be relieved of his duties – “effective immediately” – there were none of the usual corporate press releases indicating Lieb might be looking to “pursue other opportunities,” the traditionally gentle way to say carmaker and car executive have parted company.

Instead, even company insiders say they are in the dark and wondering what might have led to Lieb’s sudden departure at a time when Mercedes is gaining both sales and market share in its bitter battle with traditional rivals BMW and Lexus.

The unexpected departure is clearly creating headaches for Mercedes just as it enters the 2012 model-year with new products like the redesigned C-Class.  An upcoming meeting with dealers to discuss strategy for the new year has been indefinitely postponed.

A number of possible explanations are being floated for the sudden firing, including a dicey move authorized by Lieb meant to bolster September sales numbers, a decision to invest heavily in sports marketing, and – according to a report from Germany – Lieb’s inappropriate use of his corporate expense account.  But one source apparently in the know insists that the ouster has “nothing to do with business,” and was entirely a “personal” matter.

“I’m as perplexed as you are.  No one is talking,” a normally well-positioned source at Mercedes U.S. headquarters in New Jersey told TheDetroitBureau.com.

Lieb, who joined what was then Daimler-Benz AG in 1975, has been running the maker’s American arm since September 2006, and had plenty to show for his time in the States. Mercedes sales are up 10.4% for the year, well ahead of the overall U.S. automotive market’s slow revival.  The maker is now the leading luxury brand in the U.S. – pushing past Toyota’s Lexus division which has suffered serious product shortages as a result of Japan’s March 11 earthquake and tsunami.

The executive was extremely popular, both at his headquarters office and among the dealers who represent the brand in the U.S.  That’s not simply a matter of making friends.  Mercedes has been asking those retailers to invest more than a billion dollars to upgrade their facilities, and getting them behind the brand is essential to boosting sales – especially as many Mercedes dealers also represent some of the marque’s major competitors.

Luxury car sales have traditionally been recession-proof, but things changed in the 2008 recession and the ups-and-downs of the economy, in recent months, has jarred the market for models like the Mercedes-Benz C- and S-Class sedans and M-Class SUVs.  So, many brands have been stepping in to shore up retailers, but a memo sent out from New Jersey, on September 30, nonetheless raised eyebrows.

Mercedes advised dealers it had created a “Model Year 2011 September Exclusive Dealer Demo Program,” offering them incentives of up to $8,000 per vehicle to “place up to a total of 10” of the listed products in their inventory “into demonstrator service.”

It’s not unusual to have demonstrator models at a showroom, but in this case, “Each vehicle must stay in the dealer’s demo fleet until October 1, 2011,” the memo continued.  In other words, only one day.  Apparently, they would be counted as sold — meaning Mercedes could inflate its September numbers by several thousand vehicles – and then put back on the market as used vehicles, notably with like-new warranties.

“I haven’t heard of anything this overt in a long time,” said George Peterson, president of AutoPacific, Inc., noting that such efforts to manipulate sales numbers has bitten more than a few executives over the years.

But that had “absolutely nothing to do with this” ouster, asserted a senior source at Daimler AG headquarters in Germany.

Nor, apparently, did Lieb’s decision to approve a big sports marketing deal.

Of course, the definition of what’s “business” and what is “personal” can be stretched like taffy.  A report in the German publication Handelsblatt suggests Lieb’s downfall was a result of his being loose with his corporate expense account, charging the company for spending that was clearly private, a serious breach of Daimler rules.

What’s clear is that, for the moment, Herbert Werner, the Mercedes-Benz USA Chief Financial Officer, has assumed Lieb’s duties.  The maker is expected to seek out a permanent replacement as soon as possible.

But, in the meantime, it is scrambling.  It had to call off a meeting scheduled to take place in Chicago this week.  The annual gathering of U.S. dealers was meant to familiarize them with the maker’s 2012 offerings, outline marketing and strategic plans and motivate them to keep up the good work so Mercedes would be able to end 2011 as the market’s top luxury marque, pushing past Lexus and BMW for the first time in a decade.

Whether the sudden departure of the popular CEO will stall Mercedes’ momentum remains to be seen.