Automakers among advertisers who pulled out after revelations Murdoch paper hacked v-mail of murdered teen. 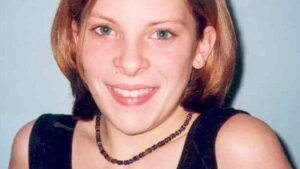 A boycott following word that a young murder victim's v-mail was hacked will result in the closure of Britain's biggest newspaper.

A boycott by advertisers that included Ford, General Motors’ Vauxhall, Renault, Mitsubishi and others helped to bring down one of Britain’s tabloid powerhouses.

The Murdoch-owned News of the World will shut down, sending over 200 employees onto the street, as the result of a fierce backlash to revelations the paper had hacked into the voice mail of a teenage girl who disappeared in 2002 and was later found to be murdered.

The racy tabloid had also been accused of hacking into the v-mail systems of celebrities, sports stars, servants to the royal family and British government.  In the search for gossipy headlines the paper had also breached the phones of families of soldiers killed in the Mideast, as well as those of people killed in the terrorist bombing of the London transportation system.

But the demise of the News of the World came quickly after it was revealed that its staff had hacked into the v-mail of Milly Dowler, a 13-year-old abducted while coming home from school. By deleting some messages, the paper led her family to believe she might still be alive – while also hampering the police investigation.

That revelation, by rival British publication The Guardian, quickly set off a tsunami of revulsion – while also embarrassing a number of key government officials, notably including Conservative Prime Minister David Cameron.  Earlier revelations about the News’s hacking campaign forced Cameron to cashier his communications director who had earlier been the editor of the paper.  The Prime Minister was also close to Rebekah Brooks, a top official in Murdoch’s empire and the editor of the News of the World when Dowler was kidnapped and murdered.

Brooks continues to deny knowledge of the hacking efforts and has so far resisted public demands for her resignation.

But Murdoch will now loose the News, the largest-circulation newspaper in Great Britain and, until now a major contributor of ad revenue to his global empire.  Even if Brooks and other senior executives survive, Murdoch’s problems are mounting.

Observers were stunned by not only the ferocity of the backlash to a newspaper that was frequently criticized but widely read.  Within a day, advertisers lined up to pull their copy from the News of the World.  The list included major automakers, such as Ford, as well as wireless carrier O2, pharmacy chain Boots and supermarket giant J. Sainsbury.

Following the successful boycott campaign, which was triggered by a social media outcry, critics have launched an online petition drive demanding that U.K. regulators reverse course and deny the Australian media mogul’s request to buy up the rest of the high-profit Sky satellite and cable network.

It’s unclear whether advertisers will feel pressure to pull back from other News Corp. publications, which range from the London Sunday Times to the Wall Street Journal, and the oft-controversial Fox News.

The recent arrest of several News employees who may have led the paper’s hacking program revealed the names of as many as 4,000 possible targets.  The Murdoch organization has already agreed to pay more than $50 million to those who have taken it to court over the invasion of privacy.

The scandal brought a critical barrage from government leaders like Cameron, as well as opposition party leaders, as well as Gen. David Richards, head of the British armed forces.  Asked about the apparent hacking of messages to the family members of soldiers killed in action, he declared, “If these actions are proved to have been verified, I am appalled,” said Gen. David Richards, the head of the armed forces.

Meanwhile, a major investigation is likely to get underway to look into additional reports that a number of British police officers had been taking kickbacks from the News of the World for giving the paper tips on scandals involving celebrities, politicians and members of the royal family.