"The customers are happy," he says. 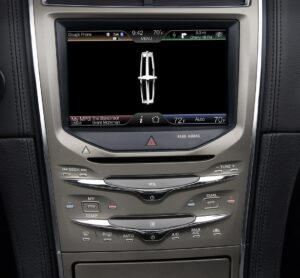 A Lincoln executive says media criticisms of MyLincolnTouch could be solved with additional training of journalists.

C.J. O’Donnell, group marketing manager for Lincoln, said that customer response to the system has been overwhelmingly positive.

MyFordTouch is the latest update to Ford’s groundbreaking Sync system. Ford expanded the system’s vocabulary of accepted commands and added multiple customizable screens, including a touch-sensitive screen in the center console that operates everything from climate control to navigation.

But several journalists have panned the system. Consumer Reports (subscription required) removed the Lincoln MKX and Ford Edge from its recommended lists simply because of the new system. The magazine called the system too complicated and more difficult to use than traditional knobs and buttons. Car and Driver has also criticized the system because its too complicated and the touch-screen “buttons” are too small.

“We need to do more training with journalists,” O’Donnell said.

He said Ford and Lincoln dealers have made a point of spending at least half an hour with buyers to make sure they understand the system. They’ve also invited them to come back to answer any questions. And, while nothing official has been set up, some dealers are sponsoring seminars to teach owners about using the system.

While Ford spent a lot of time discussing the system with journalists during media preview sessions, some of the journalists who wrote critical reviews of the system may not have been there. Automakers do not typically offer training sessions to journalists when they drop off vehicles for test drives. Journalists typically spend a week with a vehicle before writing a review. TheDetroitBureau.com has not yet tested the new Edge or MKX, although we did attend the launch preview for the Edge in Nashville, where we were able to spend a couple hours with the vehicle.

We found that the learning curve is high and there were some frustrations getting the system to recognize voice commands, but a few hours playing with the system is not enough time for a suitable evaluation.

“The customers are very happy,” O’Donnell said after the Ted@MotorCity event at the Max M. Fisher Music Center, which Lincoln sponsored.