Lutz is Back at GM 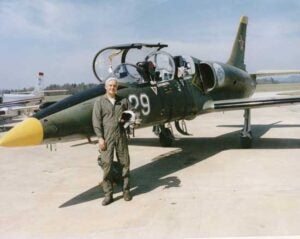 Old soldiers don't die, or even fade away. At least not "Maximum Bob" Lutz, who's signed on for another tour of duty with the "new" General Motors.

With General Motors set to emerge from bankruptcy, Friday, barely six weeks after filing for Chapter 11 protection, a familiar name also is set to return to the company: Bob Lutz.

Sources tell TheDetroitBureau.com that “Maximum Bob” will take on a new role as special advisor to the company, reporting directly to Chief Executive Officer Fritz Henderson.  In February, the 77-year-old former Marine pilot announced he would relinquish his post as Vice Chairman, and then fully retire from his duties as product development chief at year’s end.

In recent weeks, Lutz had been steadily phasing down his role, spending less and less time at the automaker’s Warren, Michigan technical center, or at GM corporate headquarters, in downtown Detroit.  How much more time he will now be putting in remains to be seen.  His return will formally be announced by Henderson, during ceremonies marking the creation of the “new” GM, on Friday morning.

Lutz is expected to serve in a broad advisory capacity, but will not directly reassume his product development portfolio, which was handed over to GM veteran Tom Stephens.

The septuagenarian executive has worked at a variety of manufacturers during his nearly half-century in the automotive industry, including BMW, Ford and Chrysler, where he retired for the first time shortly after the automaker was taken over by Germany’s Daimler-Benz (now Daimler AG).  Lutz briefly ran the battery company, Exide, before being personally recruited by former GM CEO Rick Wagoner, in mid-2001.

That has helped GM sharply reduce “lead time,” and costs.  More significantly, it has resulted in a number of well-received products, such as the Chevrolet Malibu, which was named North American Car of the Year in 2008.

The often-outspoken Lutz has frequently created a stir with his blunt observations; shortly before joining GM, he raised a stir by describing some of its concept vehicles as “angry appliances.”  He remains a sharp skeptic on the subject of global warming, but has also become a champion of “electrification,” with product like the Chevrolet Volt, an extended-range electric vehicle, which he conceived of and helped shepherd into production.

In March, Lutz said he would leave GM because, “The industry may need five years to recover.  I did the math and decided 82 was a little old to be dealing with these problems.”

Perhaps, but Lutz has always found it difficult to walk away from a challenge, and from a direct appeal for help.  How long he will sign up for this time is uncertain, though as he has repeatedly demonstrated, over the years, Maximum Bob doesn’t see retirement as the end of a good career.