Study shows worldwide volumes won't return to pre-crisis levels until at least 2012. Growth is in Asia. 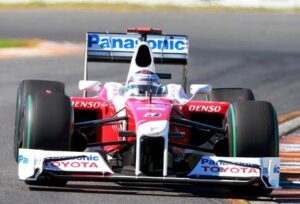 The chase to catch number one Toyota with a global share of 12% continues through 2020.

Global light vehicle sales will decline 14.7% from 2008 levels to 55.2 million units in 2009, according to R. L. Polk & Company. The study released today also predicts that the automotive markets won’t emerge from the worldwide recession until 2012, later than previously forecast, due to worsening economic conditions.

Whether this revised forecast is an accurate prediction or just more wishful thinking remains to be seen. At stake is the profitability of all the automakers in the world, and the survival of many of them, as depressed volumes continue to generate large, unsustainable losses.

Critics have maintained that automotive forecasts — and automaker’s plans derived from them — have been unrealistically high given the massive decline in global wealth brought on by the ongoing Great Recession. As just one example, the U.S. Treasury Department’s Auto Task Force rejected GM’s restructuring plan as being too optimistic in its use of industry volumes in  the U.S. in the 12.5 million unit range that Polk is now forecasting.

Polk acknowledges such criticism. It points out that its current forecast for 2009 of 55.2 million units is 23% below the 71 million vehicles that the company predicted in mid-2008, which was prior to the start of the economic crisis in fourth quarter 2008. To be fair virtually no one  foresaw the Great Recession coming. Right now it looks like global light vehicle sales through 2015 will be more than 80 million units lower than Polk predicted in mid-year 2008.

The U.S. auto market has been flattened by this ongoing economic crisis. New vehicle sales have dropped from a high of almost 17.5 million in 2000 to 13.2 million in 2008, with a further decline to 10 million projected for 2009. Polk doesn’t forecast the U.S. market reaching the 12.5 unit level until 2012. Automakers insist that “pent-up demand” is building and sales are on the verge of a turnaround, but there is no evidence in the sales data, thus far, to support this wishful thinking.

Long-term growth for the global automotive market will come from the “emerging” markets of Latin America; Central and Eastern Europe; Africa and the fast-growing Asia-Pacific/Middle Eastern region, excluding developed Japan. Beginning in 2015, Polk expects more light vehicles will be sold in the emerging markets than in the combined “saturated” markets of the United States, Canada, Western Europe and Japan.

“We see China and India as key drivers of growth, as vehicles become attainable for an increasing percentage of these countries’ huge consumer populations,” said Uwe Biastoch, director of global forecasting at Polk. “Like Tata Motors with the recent launch of the low-cost Nano in India, manufacturers that innovate and produce market-specific products will be successful in emerging markets,” said Biastoch. Such vehicles are not legal for sale in the U.S. market because of safety and emission regulations that boost the price of vehicles by thousands upon thousands of dollars.

Under this scenario, Western Europe will do better than the United States and Canada in the short term, in large part because of scrappage incentives introduced in Europe. The proposed U.S. cash for clunkers bill is mired in partisan and pressure group politics with no immediate passage in sight. As a result, light vehicle sales in Western Europe will fall 9% from 2008 to 2009, compared to 24% in the United States and Canada during the same time frame.

Worldwide, Toyota will maintain its position as the top manufacturer, with a fairly stable market share of 12% through 2020. Ford and General Motors have both seen their global market share drop by nearly five percentage points from 2000 to 2008, and Polk expects both to loose more market share through 2012. There appears to be little hope of either company regaining share in  my view.

Volkswagen, on the other hand, will gain almost a point of market share in the next three years. “Volkswagen is making great inroads in China, which will certainly boost its success worldwide. At some point in 2009, Polk expects Volkswagen to surpass GM as the number two manufacturer in the world.

Polk’s forecasts summarized in the study are based on information available as of the end of April 2009. “Factors taken into account to develop forecasts include: historical sales and registration volumes and planned supply for global auto manufacturers; the global economy and projected GDP growth; the price of oil and the societal value of vehicle ownership,” Polk said.