Few brands face more challenges carving out an identity than Lincoln. The upscale counterpoint to the Ford Blue Oval brand, Lincoln has spent decades trying to figure out what it wants to be, a question that has led to an inconsistent mix of products and the use of a brand nomenclature all but guaranteed to confuse potential customers.

The good news is that Lincoln finally seems ready to put a cohesive strategy in place. It’s abandoned meaningless names like MKZ, MKS and MKT. And it’s replaced most of its old models with products that have a lot more going for them in terms of design, features and performance.

That includes the 2021 Lincoln Nautilus. It came to market several years ago as the replacement for the old and largely unloved MKX. For the new model year, the Nautilus gets a nice interior refresh and other updates, including the latest version of the Sync infotainment system.

The launch of the Nautilus marked a big step for Lincoln when it hit market just in time for the 2019 model year. While it wasn’t a complete, ground-up makeover, it still delivered some big improvements over the old MKX crossover. Now, for 2021, the Lincoln Nautilus gets some additional tweaks that should help expand its appeal.

That includes an unusually extensive midcycle update of the midsize model’s cabin. What many potential buyers likely will notice first is the new, 13.2-inch touchscreen at the top of the center stack. It runs the newest version of parent Ford’s infotainment technology, Sync 4. The 2021 Lincoln Nautilus now also gets the same piano key-style shifter introduced on other models like the Corsair and Aviator.

Lincoln has carved out its own niche or, at least, it’s tried to differentiate itself from strong luxury rivals by focusing on comfort, styling and features. That’s underscored by the brand’s premium trim level, Black Label, which brings out two new interior themes, Chalet and Flight, for 2021.

There are few, if any, exterior changes to the 2021 Lincoln Nautilus. That’s not a problem as the crossover got a great new look when it debuted in 2019 and the stylish design remains quite fresh.

In line with the rest of the Lincoln line-up, Nautilus shares a broad grille that works in the silhouette of the brand’s logo. On my Black Label tester, it was framed by segmented LED headlamps, with a nicely creased grille flowing into the grille surround.

Nautilus gets a relatively subtle curve to the roofline that gives it a sense of windswept motion. But Lincoln designers clearly didn’t want to get too aggressive, preferring to ensure plenty of headroom for rear seat passengers.

The cabin is roomy, both front and back, with a reasonable amount of cargo space for those who expect to take the new Nautilus on extended road trips. Both on paper and in practical use, there’s more room in back than models like the Lexus RX350 and even the size-class-above Volvo XC90.

What may surprise shoppers is the fact that the Lincoln crossover shares the same underpinnings as the more plebian Ford Edge. Unlike past offerings from the more upscale brand, Lincoln here has done a good job to completely differentiate the two offerings.

It helps that the Nautilus features a lavishly appointed interior with plenty of leather and faux suede, complemented by metal and wood accents. While you wouldn’t call Black Label models “bespoke,” they get just enough unique detailing to enhance the SUV’s upscale feel. And it’s not just the hand stitching. The driver’s seat features not just a massage function but 22-way power controls. You may need to spend a little time trying to figure out all that you can do to find the perfect fit.

With the 2021 refresh, Nautilus now more closely mirrors the rest of the Lincoln SUV line-up, adding the distinctive, IP-mounted piano key shifter, as well as the 12.3-inch Sync 4 infotainment display.

Our preference is the 335-horsepower 2.7-liter V-6 offered in the Nautilus Black Label. The twin-turbo package’s 380 pound-feet of torque are competitive in the segment, though certainly not a benchmark. Power is delivered to all four wheels through an eight-speed automatic transmission.

The entry level package is powered by a turbocharged and intercooled 2.0-liter inline-4 making 250 hp and 280 lb-ft of torque. It shares the same 8-speed automatic as the V-6, with a choice of front- or all-wheel drive.

Fuel economy comes in at 21 mpg city, 27 highway and 23 combined with the I-4 front-driver, dropping to 18/25/20 with the AWD V-6. Lincoln doesn’t release 0-60 times but comparing my personal notes with those of reviewer colleagues, expect to hit 60 in around 6 seconds with the Black Label model, and something in the low to mid-8-second range with the base car.

Ford was a pioneer in infotainment and Sync 4 is the latest version of its in-dash system. I’ve found it to be the most easily operated, least balky version of Sync yet, and on the whole, one of the better infotainment packages in its segment. The larger screen allows you to display a readable map and other information, such as the music being played, side by side.

There are pretty much all the other technologies you’d expect in this class of vehicle, starting with a 4G LTE-based WiFi hotspot – which gives Lincoln the ability to push out over-the-air technology updates. There’s standard Apple CarPlay and Android Auto, Qi wireless smartphone charging, and plenty of USB ports.

The base Nautilus features a nice, 11-speaker audio system, with a major upgrade — the 13-speaker Revel package — available on the Black Label edition.

Archrival Cadillac is taking the battle directly to European rivals, like Mercedes-Benz, with a focus on performance. Lincoln has consciously taken a different approach. That’s not to say it doesn’t care about performance. The twin-turbo V-6, in particular, comes through nicely enough. But the mantra for Ford’s upmarket brand is “quiet comfort.”

You won’t have augmented reality sound screaming into the cabin when your throttle foot hits the floorboards. On the whole, the 2021 Lincoln Nautilus is one of the most silent vehicles in its class.

Handling is reasonably solid. You don’t slosh around corners like you did in the old Lincoln Town Car. The SUV has reasonable good steering and an acceptable level of road feel. The overall balance provides enough confidence in performance and handling complemented by the sort of comfortable ride that can make the miles melt away on a long trip.

For 2021, the Lincoln Nautilus adds a number of nice features to what was already one of the brand’s more appealing products.

The question is whether potential buyers will even notice. The problem for Lincoln is that the brand has become nearly invisible during the past decade. It’s going to take more dramatic new products, like the bigger Aviator and Navigator models, to build market interest.

Buyers may also question the pricing of the new model, Nautilus starting at $42,935 and jumping to $66,085 for a Black Label edition. That may seem like a steep premium but, along with the bigger engine, all-wheel drive and interior refinement, Black Label adds such niceties as four years of complementary maintenance and an annual vehicle detailing. Oh, and foodies might appreciate the on-call culinary valet ready to get you instant reservations at the restaurant you’ve been dying to try.

Lincoln still had its challenges to address but the 2021 Nautilus shows that it is finally making real progress and has a clear vision of where it’s heading. 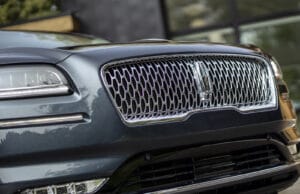 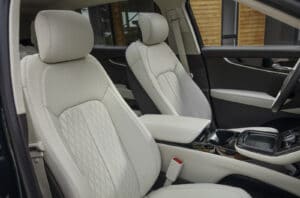 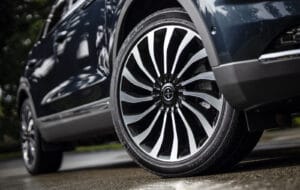