Stunningly good inside and out with stunning performance. 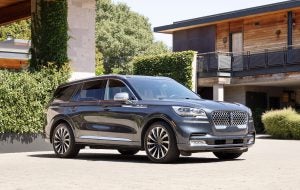 The explosion of luxury sport-utility sales has been well chronicled and automakers with luxury units have been working quickly and diligently to not only fill all of the niches in the segment, but make significant improvements to their those vehicles as they go.

Lincoln’s no exception and even played a big role in the growth of the luxury ute market with the introduction of the Navigator a few decades back. However, the domestic segment has been largely dominated by the Cadillac Escalade for some time on the large vehicle end of things.

However, when it comes to the playground below that, Lincoln has been making hay, especially with its new Aviator SUV.