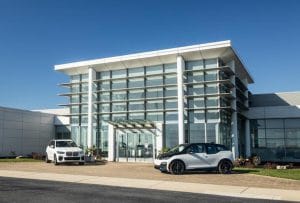 BMW invited a slew of journalists to its Performance Center in South Carolina to drive its newest products.

I love restaurants that feature buffet-style meals, with Ethiopian and Indian buffets my favorites. Some decry the gluttony, as you often eat more than your tummy can hold, but no matter the amount, it sure is good going down.

Recently, at the BMW Performance Center in Spartanburg, South Carolina, the BMW Group assembled an automotive smorgasbord for assembled media that was ultra impressive, and included street and track drives, visits to the BMW Zentrum Museum and a tour of the Spartanburg assembly plant.

Clearly the event not only offers the history of the development of the site, but also some perspective on the vehicles that we get to put through their paces on street drive, which included: 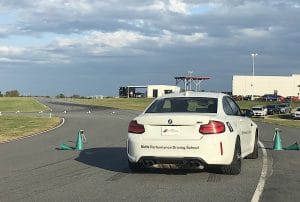 BMW offered plenty of different experiences in its vehicles, including an autocross in the M2.

As the “Ultimate Driving Machine,” every press event I’ve been on with BMW had a track testing component. Test Fest East was no exception. The stellar line-up for laps on the Performance Center track included: BMW M8 Competition Coupe, M340i, Z4 M40i, and X4 M Competition.

Finally, there was a time trial autocross with the BMW M2.

With such a full slate of activities, I focused on route drives of the myriad vehicles at our disposal throughout Greenville and Greer, South Carolina. Throughout the day, I drove the following BMW Group vehicles:

First up was the BMW X6 M50i. BMW is heavily vested in the SUV game, or as the company prefers SAV, and the South Carolina plant produces the X3, X4, X5, X6 and X7. 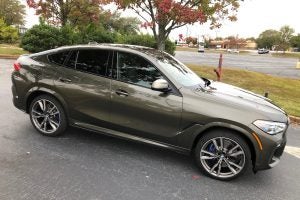 Base price is $85,650, but as with all vehicles in the BMW Group, you can option-up to your heart’s delight. My tester was equipped with four significant packages, including the $2,600 Dynamic Handling Package that includes Integral Active Steering, Adaptive M Suspension Pro, and Active Roll Stabilization. With the packages and the super sweet $3,300 Full Merino Leather Package, the X6 M50i I drove carried an MSRP of $99,645. 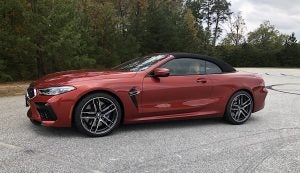 Uunder the hood of the M8 convertible is the 600 hp BMW M TwinPower Turbo V8.

The exterior of the M8 makes it look like a bigger vehicle than it is, and I know this because it was not considerably spacious inside for my large frame due to the space required under the hood to house the 600 hp BMW M TwinPower Turbo V8.

Standard quad exhaust pipes are indicators of its unkind demeanor towards any road-going competition. This car is extremely rigid, and I experienced zero cowl shake during my drive. Cowl shake is a phenomenon that occurs in poorly or inadequately braced convertibles, considering that the roof, a primary structural member, has been removed to create the convertible.

The M850i xDrive Gran Coupe is an All-Wheel Drive, so-called four-door “Coupe.” Don’t ask me how anything with four doors can be a coupe, but I’ll roll with whatever BMW decides to name their vehicles because this “coupe” is fantastic.

It wears beautiful sheet metal, to me the best looking of the four-door coupe lot that includes the Audi A7 and Mercedes-Benz CLS. Power comes from a 523 horsepower, 4.4-liter TwinPower Turbo V8, and scoots from 0-60 mph in just 3.7 seconds, not too far off the stellar times racked up by the M8 Convertible (3.1 seconds) and M8 Competition Convertible (3 seconds). 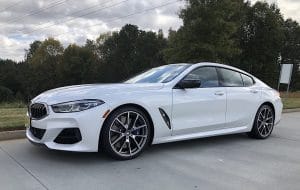 My final drive of the day was in the superb BMW Alpina B7 xDrive. For those who don’t know, Alpina is a manufacturer approved tuner for BMW, much like AMG was for Mercedes-Benz before it became an official model for Mercedes.

Alpina is based in Buchloe, Germany, and since 1962, has developed go-fast parts for BMW cars. Since 1983, Alpina has been officially recognized by the German Federal Ministry of Transport as an automobile manufacturer and worked closely with BMW to juice up certain models.

The Alpina B7 is initially assembled alongside the 7 Series models at the BMW Dingolfing plant. The hand-built engine is sent to BMW to be fitted in the car, and then the vehicle is sent back to Alpina for final assembly at Buchloe. The B7 is sold alongside the 7 Series at BMW dealerships in the United States but is sold exclusively through Alpina dealerships in Europe.

For the B7, Alpina has recalibrated the xDrive system used in the 750i especially the air suspension system, which can be controlled using the Dynamic Control knob. The suspension now has Active Comfort Drive with Road Preview, Active Roll Stabilization and Integral active Steering on the rear axle. 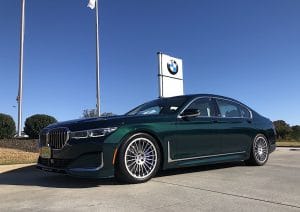 The Alpina B7 is initially assembled alongside the 7 Series models at the BMW Dingolfing plant.

The all-wheel-drive system has a heavy bias towards the rear wheels. Multi-spoke alloy wheels are wrapped in Michelin Pilot Super Sport tires, and house four-piston Brembo calipers at the front and two-piston floating units at the rear finished in Alpina Blue paint.

Alpina badging includes special interior trim, Alpina-badged steering wheel, and a metal production plaque located on the center console inscribed with the founder’s signature and the car’s production number. The interior is laced with a slew of Alpina-labeled accessories.

The digital instrument cluster is a bespoke unit especially developed for the B7 with changing displays depending on the selected driving mode, part of BMW’s new Live Cockpit experience. Other interior features are the same as offered on the 750i.

The exterior changes apart from the wheels include a front chin spoiler and a rear lip spoiler, integrated brake cooling ducts in the front bumper and recalibrated active grille shutters in the twin “kidney” grille.