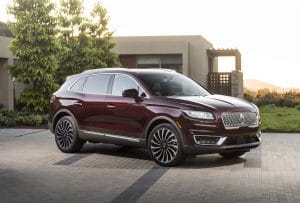 The Lincoln Nautilus Black Label Edition is part of the brand’s comeback from disaster.

The rise in the popularity of sport-utility vehicles has led to a revival of the Lincoln brand.

Earlier in the decade, it looked as if Lincoln was destined for some sort of automotive graveyard. But the new Lincoln Navigator and now the Nautilus have helped give Lincoln a new lease on life.

The 2019 Lincoln Nautilus Black Label is a plush, roomy vehicle loaded with new technology that puts the driver in passenger quite literally in the lap of luxury.

At the same time, the Nautilus performs well out on the road.

I had a chance to take the 2019 Lincoln Nautilus with the 2.7-liter V6, and an eight-speed transmission and all-wheel-drive on a long, sometimes meandering, drive down into the State of Ohio and found that the ride and handling had the Goldilocks feeling of not being too hard or too soft but seemingly just right as I rode both on the freeway – I didn’t use the turnpike – city driving and back roads. 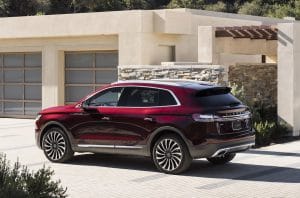 The Nautilus is powered by a turbocharged 2.7-liter V6 putting out 335 horsepower.

The turbocharged 2.7-liter V6 delivers 335 horsepower and 380-foot pounds of torque. The engine was quite responsive delivering the power required quickly. The shifts on the eight-speed transmission in the Nautilus were smooth and the powertrain delivers 26 miles per gallon on the freeway and has a combined rating of 21 mpg. My actual mileage on the road was identical.

The Nautilus cruised over all kinds of road surfaces without a fuss, around sharp corners and over rolling hills smoothly and efficiently. Brakes were excellent and steering-gear was precise and offered plenty of feedback. In fact, the steering feel was much better than you would expect in such a relatively large vehicle.

The exterior on the 2019 Lincoln Nautilus Black Label was dressed up with a unique front fascia, LED lighting in the front and rear. Specifically designed wheels also help set Nautilus apart and the full-sized panoramic sunroof, which is nice for cruising on a summer day, adds another dimension to the Nautilus.

Nonetheless, the fact the Nautilus is built on the same Ontario, Canada assembly line as the Ford Edge, which opens Lincoln up to charges of engaging in “badge engineering.” However, having driven both the Nautilus and the Edge, I found both vehicles had their own personality.

(Lincoln Corsair: A Small SUV with a Big Role to Play)

As noted earlier, the interior of the Lincoln Nautilus with luxury touches and high-end trimming throughout the cabin pulls you in and seems to place you directly in luxury’s lap. The cabin is also quiet, which helps reduce stress on long drives, thanks to the application of acoustic glass and active noise cancellation but you can still hear enough road noise to keep you connected to the drive.

The cabin is also well-lit during night driving, but the lighting scheme doesn’t interfere with the view from the driver’s seat.

Even though laying down $70,000 at the local auto mall – the Manufacturers Suggested Retail Price on the Nautilus I drove was $68,385 – doesn’t go quite as far as it used back in the middle of the decade, buyers still have some awful nice vehicles from which to choose. In fact, the list of head on competitors includes such as the Infiniti QX50, Cadillac XT5, Audi Q5 and Mercedes-Benz GLC and the Nautilus holds its own and then some.

For one thing, the 2019 Lincoln Nautilus is loaded. Aside from the panoramic sunroof, the list of features including technology and convenience is long, which is as it should be in an expensive vehicle.

Forward sensing, active park assist and a surround-view camera with a 360-degree field of vision that alerts the driver to anything in the vehicles immediate vicinity are optional on Nautilus Black Label.

Lincoln and the Ford Motor Co. have been building sport-utility vehicles for a long time and they’ve had ups and downs throughout the years. But with the 2019 Lincoln Nautilus, they have come up with a quite impressive vehicle.