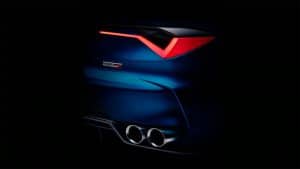 Acura is teasing the debut of the Type S Concept at Monterey Car Week later this month,

Luxury performance fans have plenty of options to choose from, including M, AMG and RS, to name a few. But among that sporty alphabet soup, one letter has been missing for more than a decade: Acura’s
“S” line.

Not for long, or so it might seem, thanks to a teaser that Honda’s upscale brand sent out today. It promises that those attending the annual Monterey Car Week later this month will get a first look at an all-new Type S Concept. Details are scarce, but it appears that, in typical Acura fashion, this is not a pie-in-the-sky fantasy car.

“The return of Type S is a pivotal moment for Acura, sending a powerful message that we are committed to fulfilling the Precision Crafted Performance brand promise across our lineup,” said Jon Ikeda, vice president and Acura Brand Officer. “Building on the return of NSX, our renewed commitment to Acura Motorsports, the introduction of the third-generation RDX and new Acura design direction, the Type S Concept represents another significant step in creating a new era for the Acura brand.” 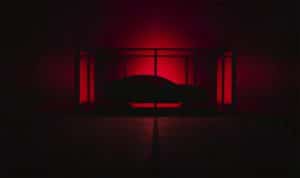 The Acura Type S Concept appears to be based on the next-generation TLX four-door coupe.

(US auto sales held steady in July after months of decline. Click Here to see how Acura did.)

There have been a handful of Type S models since the beginning of the new millennium: 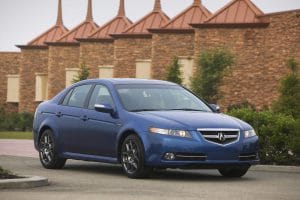 What do we know about the new Type S or, at the least, the Concept, at this point? The basic shape and apparent size would suggest what we’ll see this month is based on the next-generation Acura TLX sedan. The details match those that somehow wound up embedded in software for the RDX crossover that a fan of the AcuraZine found.

(Click Here for a first look at the next-generation Acura TLX.)

It also helps to know that parent Honda filed to trademark the name, “TLX Type S” nearly three years ago. Sure, there are lots of names that get protection but are never used, but this seems a bit more than coincidental.

For years, little more than an afterthought in the luxury market, Acura has been pushing to make itself relevant again. It’s done a good job with its RDX and MDX crossovers and, while the second-generation NSX hasn’t generated massive sales, it is a technical tour de force. The challenge is finding a way to build buzz for the passenger car side of the line-up. That’s what this four-door coupe is aimed at doing.

Unlike the past, Acura is signaling Type S could become a regular part of the line-up, much Mercedes-AMG and BMW M.

One should pay close attention to the wording of Acura’s news release which says the Type S Concept will “set the design direction for the return of Type S variants to the Acura lineup in the years ahead.”

That could mean that, as in years past, the Japanese luxury brands could put out a Type S model every few years for a short run. That was how BMW and Mercedes-Benz did things in decades past. More likely, it would suggest that Type S will not only make a return but that it is here to stay, possibly as a distinctive variant of a number different Acura models.

All should become clear – or at least a bit clearer on August 15 at “The Quail, a Motorsports Gathering,” one of the big events of a week ultimately capped off by the Pebble Beach Concours d’Elegance.

(The more the muscle, the bigger the incentive with new Dodge Power Dollars program. Click Here for details.)