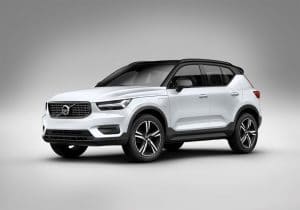 Volvo’s 2019 XC40 provides plenty of creature comforts and premium materials for its occupants.

Vehicles have gotten so good these days for a lot of reasons, and it is more difficult for any manufacturer to get its vehicle to stand out in almost any competitive segment. Even flashy sheet metal won’t do the trick and technical innovation appears to have an ever-shorter shelf life.

But Volvo has succeeded in standing out with well-balanced vehicles that get high marks in all the key areas and the XC40 is a prime example of the Swedish car maker’s deft touch.

The XC40 is a nicely balanced vehicle that is versatile, fun to drive and equipped with the up-to-date technology that helps keep drivers and passengers safe, entertained and connected.

In addition, the design of the XC40 is boldly elegant for a compact sport utility vehicle, which competes with vehicles such as the Acura RDX, Audi Q5 and BMW X4.

On the outside, the XC40 – thanks to some artful work by the exterior designers – looks smaller than it is and the lines and creases on the vehicle are strikingly contemporary but unmistakably handled within the Volvo’s well-developed Scandinavian design aesthetic, which has a global appeal all of its own. The result is a handsome vehicle with a unique and distinctive front fascia that carries multiple symbols associated with Volvo such as the “Thor’s Hammer” shape of the LED headlamps that grace the vehicle. 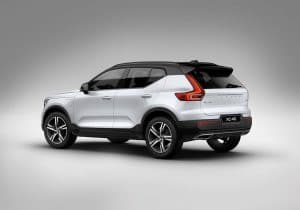 The 2019 XC40 offers a great mix of comfort and performance.

On the inside, Volvo’s carries forward the Scandinavian traditions of clean, modern design. It looks smart when you are sitting in the vehicle and the interior also is furnished with the premium materials and textures that are now expected in a vehicle in a luxury vehicle, even one on what could be described as the entry step into the luxury segment

Small touches also boosted the storage systems that are so critical to the owners of compact utility vehicles. For example, the storage bin under the front center armrest is large enough to hold a small handbag, or even a full-size tissue box. And there’s a space beneath the center touch screen where a mobile phone can be stored and wirelessly charged, which helps reduce clutter.

In addition, I found the seats in XC40 quite comfortable on longer drives and there was ample room for passengers and luggage or sporting gear at the same time for a weekend or other kind of modest excursion.

Out on the road, the XC40 vehicles was most impressive. I drove an R-Design, which is performance-oriented version of the XC40. Volvo only sells 4-cylinder engines but the 2.0-liter T5 engine in the R-Design, produces 248 horsepower and 268 foot-pounds of torque with the eight-speed automatic transmission and all-wheel-drive.

The XC40’s ride and handling were certainly impressive and with crisp steering, excellent brakes and a well-tuned suspension system that worked effectively on all kinds of pavement. The overall package made the vehicle a lot of fun to drive.

Volvo made its reputation by emphasizing safety and it continues the emphasis on safety today with its newest vehicles, which come equipped with a full suite of technology designed to the keep the driver, passengers and vehicle safe. 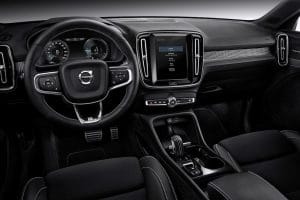 Volvo’s new XC40 features the latest in infotainment technology including a large touchscreen to access it all.

Volvo’s City Safety technology, standard on all Volvo models, combines automatic braking functionality and collision avoidance systems to cover a range of potential accident scenarios and help keep you safe. City Safety is the only system on the market that detects pedestrians, cyclists and large animals such as moose and deer.

The portrait-sized touch screen offers access to a number of functions and features as well as smartphone integration with Apple CarPlay and Android Auto is also available. It can, I discovered, also provide a running commentary on the weather and correctly observed the varied weather encountered during the test drive with impressive accuracy as when it noted the rain in the air and cooling temperatures.

The price of $45,835, including the destination charge. Is pretty much typical these days for vehicles of this class in this segment.

Technology and performance made one of the most impressive vehicles in the compact crossover segment.