Veteran exec was ousted for “inappropriate behavior” in February. 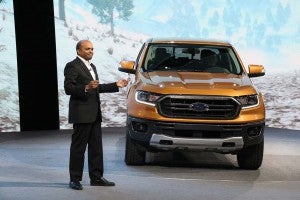 Unceremoniously ousted in February from one of Ford Motor Co.’s top posts, 53-year-old Raj Nair has resurfaced, hiring on with Canadian supplier Multimatic as its new president and chief operating officer. In that post, Nair will oversee the production of the $450,000 Ford GT supercar.

Until February, Nair was one of the Detroit automaker’s most senior executives, in mid-2017 promoted to the critical post of president of Ford North America as part of a broad management shake-up that saw the ouster of the carmaker’s CEO Mark Fields. In his previous post, Nair oversaw global product development and was a key player in the development of the exotic Ford GT.

But his career seemed to come to a screeching halt when, early this year, Nair suddenly took a leave, many colleagues and staff members worrying he might be facing a health problem. Instead, insiders told TheDetroitBureau.com, he was named in a complaint filed through an anonymous tip line set up by Ford and subsequently fired for what the company would only describe as “inappropriate behavior.”

Precisely what that means Ford has refused to answer, beyond a statement that said, “certain behavior by Nair was inconsistent with the company’s code of conduct.” 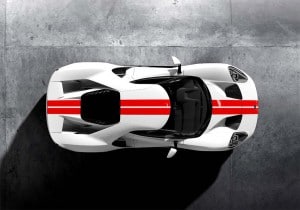 Ford has doubled the number of GT supercars it eventually plans to build.

Insiders note that Ford had became extremely circumspect in the wake of revelations of extensive sexual harassment at two plants in Chicago. Whether that more cautious approach, and the pressures of the nationwide #Metoo movement played a role in Nair’s ouster is uncertain.

For his part, Nair, who had trained as a mechanical engineer, issued a statement offering his “sincere regret that there have been instances where I have not exhibited leadership behaviors consistent with the principles of the company.”

What is clear is that the long-time Ford employee took a hard hit, especially to the wallet. He forfeited not only $6.8 million in unvested stock options but a $5 million retention bonus signed upon his 2017 promotion that would have paid out had he remained with the automaker through the end of the decade.

But the big question was whether the issue that led to his ouster would end his promising career. The move by Multimatic shows that Nair will have life after Ford. A senior executive with the supplier said Nair was “thoroughly vested,” marketing chief Michael Guttilla explaining in a series of interviews that Nair “brings extensive knowledge, perspective and skills” to his new job with Multimatic.

(Ford unexpectedly dragged into Mueller/Trump probe. Click Here to find out why.)

Based in the Toronto suburb of Markham, Multimatic is a privately held company founded in 1984. It has been ranked by trade publication Automotive News as one of the top 100 automotive suppliers in North America, with annual sales now running over $1 billion. 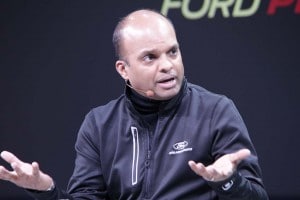 The company has a broad list of past and present customers, including Aston Martin, BMW, Land Rover and Tesla, as well as all three of the Detroit-based automakers. It has also been given the contract to build the new hybrid London taxicab out of a new factory in the central British city of Coventry.

Its Multimatic Motorsports division designers, engineers and builds race cars for a variety of clients, as well as for its own North American and European race programs.

While Multimatic has worked with Ford on a number of projects – among other things, it currently provides suspension components for the F-150 pickup – its motorsports skills helped it win the coveted assignment to produce the Ford GT.

The supercar is heir to the original Ford GT40 that helped the automaker dominate the European endurance racing circuit in the mid- to late-1960s. That was capped with a first year victory over arch-rival Ferrari at the 24 Hours of Le Mans. Ford built a limited run of GTs from 2004 to 2006, in part to mark its 100th anniversary. It launched a completely redesigned Ford GT in 2016 and subsequently won its class at that year’s Le Mans race.

“I’m really excited about joining the Multimatic team and our future. And of course, I’m so happy to be able to stay part of the GT community!” Nair said on the website FordGTForum.com in confirming his new job.

While Ford declined to comment about Nair’s new job, it appears the automaker must have provided its approval, as the 30-year veteran had a two-year non-compete agreement that would otherwise bar him from working for any competitor or even from other jobs in the auto industry.