It’s looking likely to be rather lonely at the Paris Motor Show this year with a rapidly growing list of major manufacturers announcing they will be no-shows next autumn at an event that has traditionally been a must for the industry.

Auto shows, in general, are coming under scrutiny as manufacturers begin weighing their costs and benefits, and start comparing them to marketing alternatives such as the Consumer Electronics Show in Las Vegas, the Mobile World Congress in Barcelona, and even the annual Pebble Beach Concours d’Elegance.

Fiat, Alfa Romeo and Jeep will be holdouts at the 2018 Mondial de l’Automobile, which was set to begin on Oct. 2 with two days of press debuts, and then remain open to the public through Oct. 14. Fiat Chrysler Automobiles will still show off its Maserati brand, as well as Ferrari.

For now, Citroen, Hyundai, Jaguar, Kia, Land Rover, Lexus, Mercedes-Benz, Peugeot, Smart, Suzuki and Toyota say they will still show up, though there could yet be more drop-outs in the coming months.

(Is Dodge Viper set for another revival? Click Here for the story.)

The news about Paris comes as more and more auto shows have been hit with defections, notably including the North American International Auto Show in Detroit. Long one of the industry’s most important annual gatherings, NAIAS was already hard hit when brands such as Mazda, Volvo and Bentley pulled out of last January’s event, leaving organizers struggling to fill the sprawling Cobo Hall convention center. Even more marques, including Audi, BMW and Mercedes-Benz, now say they’ll stay home in January 2019.

Detroit has some unique challenges that have led to a slide in industry participation, ranging from the frigid weather that normally can be expected in January to the fact that the Motor City remains a largely domestic town, with a disproportionate share of local motorists buying cars on the discount plans offered by FCA, Ford and General Motors. But it’s by no means the only show where costs have been spiraling out of control.

Even a relatively small display stand in Detroit, Paris, New York or Geneva can cost a couple million dollars, and that figure grows exponentially when a major news conference is factored in.

So, automakers are rethinking all of their auto show plans. BMW not only announced plans to pull out of Paris and Detroit but to cut back by three-quarters the size of its display at the 2019 Frankfurt Motor Show – Paris and Frankfurt alternating every other year. In the past, the Bavarian automaker has had an entire, 36,000 square-foot building to itself and has gone as far as to set up a track on the mezzanine level to display its new products in motion. It’s expected to trim back to about 10,000 square feet in 2019.

Whether the trend will continue is uncertain. Auto shows are turning into “dinosaurs,” Mike Jackson, the CEO of AutoNation, the country’s largest automotive retail chain, recently told TheDetroitBureau.com. And he’s not alone in that view. Automakers are looking for fresh opportunities and, in an era where their products are increasingly being defined by onboard technology, they are looking at alternatives like CES and the Mobile World Congress.

They’ve also been staging one-brand event, such as the Jaguar Performance Tour, and dropping into non-traditional venues, such as the Texas State Fair to pitch products like the new Chevrolet Silverado.

But not everyone is convinced that traditional car shows have lost their allure. After slashing its own car show budget coming out of the Great Recession, Nissan has had a prominent presence on the show circuit during the last several years.

And even after approving a pullout from the 2019 Detroit Auto Show, Daimler CEO Dieter Zetsche cautioned that move, too, might be just temporary. “I very much expect in 2020 we will be back with some product launches,” he said.

(To see more about VW bailing out of the Paris Motor Show, Click Here.)

But the exodus has only ramped up since January, and has been spreading to more and more of the top-tier car shows, leading many observers to wonder what will be left by the end of the decade. 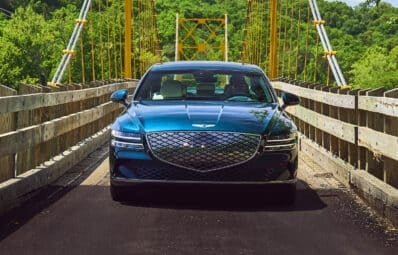