For most of the past two decades, the Lincoln brand has been locked in a sort of automotive purgatory, parent Ford Motor Co. not quite set on dropping the luxury marque but not quite willing to give Lincoln the support it needed to attempt a serious comeback.

Things are about to change, and quite radically. Within just the last six months we’ve gotten a look at the all-new Aviator, as well as the updated Nautilus, the newly renamed MKX. And, in less than a month’s time, we’ll get a first look at the all-new Lincoln Corsair when it rolls out at the New York International Auto Show.

With the Detroit brand finally abandoning its confusing and unloved alpha naming strategy, Corsair will be the replacement for the Lincoln MKC. And, if this teaser image and some of the spy shots we’ve seen lately are any indication, the compact crossover will look a lot like a baby Aviator.

(Click Here to check out the special coach edition of the Lincoln Continental sedan.)

Not a lot is known about the 2020 Lincoln Corsair, beyond the fact that it’s a major makeover of the brand’s smallest CUV. The outgoing model first debuted in Los Angeles in 2013 and went on sale the following June, winning strong marks for a brand that hadn’t had much going for it in a number of years.

When the MKC first rolled into showrooms there wasn’t much going on in the compact luxury crossover segment, however. Now, that niche is full of competing models and Lincoln will have to up its game substantially to stay competitive.

Lincoln will no longer have to listen to complaints that the Corsair is just a warmed-over version of the Blue Oval brand’s Escape crossover. The luxury brand now working hard to distinguish itself from its down-market sibling.

As you can see from the teaser images, Corsair adopts a more stately silhouette, with an aggressively, upright grille, a long hood and a roofline that subtly tapers towards a rear roof spoiler. While substantially smaller, it is very much in line with the shape of the new, three-row Aviator that will officially go on sale later this year.

Spy shots that have surfaced in recent months, show this is more than a coincidence, details like Corsair’s head and taillights also mimicking the appearance of the Aviator. Considering the early reviews of the big Lincoln, that would be nothing to be ashamed of.

(Ford increasing production of large SUVs and CUVs. Click Here for the story.)

The interior is also expected to pick up on Aviator design cues. Those spy shots we’ve been seeing show Corsair featuring a large, high-mounted touchscreen-based infotainment system, while the overall package mimics the more refined details found in the larger ute. That should help Lincoln pitch its new “Quiet Flight” brand mantra. Expect the 2020 Lincoln Corsair to retain its two-row interior layout. We’re also expecting it to add a number of new tech features, especially in terms of advanced driver assistance systems.

There are likely to remain some similarities to the Escape, of course, most notably when it comes to powertrains. Word has it that the base Lincoln Corsair will share the same 2.0-liter turbo-four Ecoboost from in the Ford, with a 2.3-liter Ecoboost available as an upgrade.

Ford, as a company, has promised to invest $11.1 billion in electrifying its line-up, starting with a new, “Mustang-influenced” all-electric SUV that will also debut this year. The broader goal is to roll out a mix of pure electric and plug-in hybrid models. That will include a PHEV version of the new Aviator. We just might hear about a plug version of the Lincoln Corsair in New York, as well.

In terms of pricing, the current Lincoln MKC starts around $35,000 before destination fees. If the new Nautilus is any indication, we may see slight bump upwards to account for new content on the Corsair, though the luxury maker will be limited in how far north it can push considering the competitiveness of the compact luxury CUV segment.

Look for the new entry to make its formal debut at 9:45 AM EDT on April 17th at the Jacob Javits Convention Center. 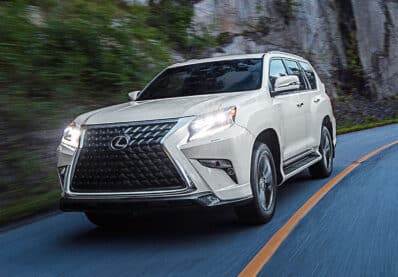 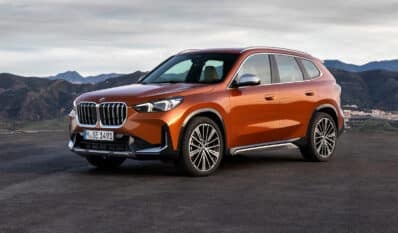