More power, high mpg and a lower starting price — what's not to like?

The first thing you want to know about the 2023 Toyota Corolla Hybrid is that you’re getting more horsepower and paying less for it. At least in the base trim, Toyota is actually cutting the price of the Corolla by $1,250 compared to the 2022 model, and it’s got a more powerful engine and available all-wheel drive. So what’s not to like?

The Toyota Corolla is the best-selling vehicle of all time, if you consider all the different generations of Corolla that have been made since 1966 as a single kind of vehicle. In all, more than 50 million cars bearing the Corolla badge have been sold during the last 56 years. It’s been the best-selling nameplate in world history since 1974, and Toyota shows no signs of shelving one of their most successful trademarks.

Without delving into ancient history, the modern Corolla is a front-wheel drive compact car, available as a sedan or hatchback. It’s been available with a hybrid drivetrain since 2019, but the 2023 Corolla Hybrid uses Toyota’s rear electric motor design to implement all-wheel drive, and that’s new to the breed. The new Corolla also gets a power boost, more safety features, and a base MSRP reduction.

You won’t notice too much that’s new on the outside of the Corolla Hybrid. The details that matter are all under the skin. For the most part the 12th-generation Corolla sedan is an unremarkable looking car. It’s meant to reflect the sensible nature of its owners. If you want something sexy walk across the showroom and try on the GR Corolla with its flared fenders, big spoiler over the hatch, and hot rod stance.

At the same time, the Corolla Hybrid is not ugly, funky, or performatively futuristic in its looks. It’s a stealth car, designed to blend in on the road. Unlike a Prius, you can drive the Corolla Hybrid without anyone knowing you’re in a hybrid. That means the people who like to cut off Prius drivers with a big middle finger out the window will sail on by you in search of other prey.

Inside, the Corolla is about as you would expect. It’s reasonably comfortable and most surfaces are plastic. You can plus it up a little by climbing the trim ladder, and honestly the price difference between trims is so narrow there’s no reason not to option up.

Toyota generally does a great job with interior layout, and the Corolla Hybrid is no exception. The controls are easy to use, easy to learn, and it just works. This is what a modern basic transportation machine should be.

The Corolla Hybrid puts that power to the ground using a continuously variable transmission for the front wheels, and an optional electric motor to power the rear wheels. It’s the same system Toyota and Lexus use to implement AWD on all their hybrids, and it works very well. In fact, you can buy the AWD version and then forget about it. You don’t have to do anything to make it work, and the only time you might notice it is when you don’t slide on wet or snowy roads.

The new powertrain also returns up to 50 mpg in city driving for front-wheel drive models, and 47 mpg with all-wheel drive. Combined mpg is 47 for FWD and 44 for AWD.

Another area where the 2023 Corolla Hybrid takes a big step forward is in safety. The 2023 Corolla Hybrid will include Toyota Safety Sense 3.0, while much of Toyota’s line-up is still on the 2.5 version. TSS 2.5 is pretty advanced already, with adaptive cruise control, a pre-collision system with pedestrian detection, lane departure and lane tracing assist, automatic high beams, and road sign assistance. The latest 3.0 update adds Proactive Driving Assist with Obstacle Anticipation Assist and Deceleration Assist.

Although it’s not technically part of TSS, all Corolla Hybrid trims will have optional blind spot monitoring and rear cross traffic alerts available as part of a package. Toyota’s Drive Connect cloud navigation is also available with a subscription.

On the tech side, the Corolla Hybrid gives you an 8-inch touchscreen that supports wireless Apple CarPlay and Android Auto phone integration. A 9-speaker JBL audio system is available as an option on higher trims.

The beautiful thing about a standard hybrid is that you don’t have to pay any attention to it. You just get in and drive normally. The Corolla Hybrid drives just like the regular Corolla. At 134 hp, it’s not speedy but the Corolla makes good use of its electric torque so you’re not in an anemic penalty box, either. The perceived power level is appropriate to the car. Again, if you want the hot rod, the GR Corolla is there for you.

With that understood about the power level, the rest of the Corolla Hybrid driving experience is pure Toyota. There are no glaring faults or annoyances, and the car performs as you expect a nice new Toyota to perform. Road noise was noticeable; this is a compact economy car, after all, but it wasn’t unduly noisy for the roads we were using. Overall, Corolla Hybrid buyers are going to find the driving experience perfectly in tune.

The real selling point of the 2023 Toyota Corolla Hybrid is its price. If you live in the sun belt and don’t need AWD or other fancy bits, the base price of the entry-level LE trim is $23,895 including all fees. As mentioned, that’s down $1,250 from the 2022 model. You can also get the LE with AWD for $25,295. Then there are the sportier SE and SE AWD grades, which inherit the standard Corolla SE’s sport suspension and the firmer-feel electronic power steering. The SE will cost you $26,295, and the SE AWD $27,695.

Finally, there’s the upscale XLE trim, which is available only as a hybrid and only with FWD. That one will also cost you $27,695, but you get heated SofTex upholstery and a leather-wrapped steering wheel, as well as a 7-inch digital dash screen.

Regardless of the trim you select, you’re still well under $30,000 so you might as well get the sporty SE AWD or more luxurious XLE and enjoy the ride as well as your outstanding fuel economy.

How long will a Toyota Corolla Hybrid last?

What are the disadvantages of a hybrid?

The 2023 Toyota Corolla Hybrid starts $1,250 higher than the comparable gas-engine Corolla, and it offers lower horsepower. Also, some insurance companies have been known to charge higher premiums for hybrids.

How much will it cost to replace a hybrid battery? 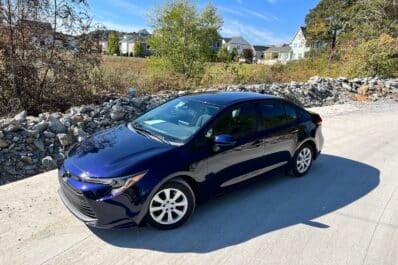 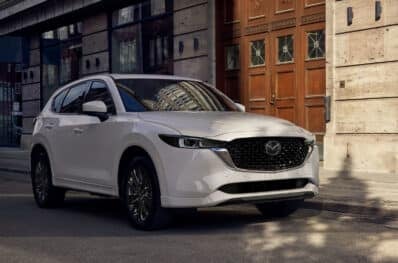