We test out Volkswagen's newest hot hatch on glaze ice.

While a pre-spring thaw has settled in over most of Michigan, there’s still plenty of snow and ice in the Upper Peninsula, especially at Smithers, the little-known winter facility used by many automakers for cold-weather testing. I’ve headed up there on this particularly blustery day to get my hands on an early version of the new 2022 Volkswagen Golf R.

The German automaker recently unveiled the eighth-generation Golf, but two months ago, VW said it wouldn’t be coming to the U.S. There’s an asterisk to that announcement, however. While the base Golf is gone from the market, the latest victim of the SUV craze, the Golf GTI and Golf R models will remain in American showrooms.

That’s good news for those who enjoy the sort of performance you simply aren’t going to match with a Volkswagen Tiguan or the automaker’s new Taos SUV. The Golf R, in particular, has plenty going for it as the fastest and most powerful version of the hot hatch yet. And with the optional new Performance Package it adds two special driving modes, including Drift, that let a motorist set the car up for maximum fun.

The loss of the base Golf is a sad fact of our time, more and more sedans vanishing as millions of American motorists shift from passenger cars to SUVs and pickups. The continuation of the Golf R is more than a consolation prize. It represents everything the Volkswagen brand is capable of, delivering an incredibly sporty driving experience at a relatively reasonable price.

For 2022, the VW Golf R undergoes a number of critical updates. Like the base hatchback, that starts out with a sleeker, sportier design. But looks are almost secondary here. It’s what you get under the skin that matters. That starts with an updated version of the EA888 evo4 engine. The turbo package punches out 315 horsepower and 310 pound-feet of torque.

Power is directed through a 7-speed double-clutch transmission to the latest performance version of the familiar Volkswagen 4Motion all-wheel-drive system. This time around, it adds torque vectoring capabilities. And, as I was soon to learn at the Smithers test center, that makes a measurable difference in both performance and handling.

Like all versions of the new Golf, the R is a five-door hatchback. The overall design stays true to the prior generation, but the 2022 model gets some welcome, if modest, updates. There’s the recently redesigned VW logo, of course. It’s framed by a new, blue LED crossbar that lights up the moment the car starts up.

Up top, there’s now a standard-issue sunroof and, behind it, a roof spoiler that helps ensure downforce on the rear axle.

Like the base Golf, there’s now a fully digitized instrument panel. Standard on the R line, it features a customized and reconfigurable gauge cluster that adapts to each of the various drive modes. To change them up, just tap the “View” button on the multifunction steering wheel. Atop the center console, meanwhile, there’s a 10-inch Discover Pro touchscreen to operate the car’s infotainment system.

The Golf R is the most lavishly equipped version of the hatchback, but everything is meant to emphasize the car’s performance, including the front sports seat with Nappa leather and “carbon-look” accents. There’s also an element of practicality, the 2022 Golf R adding a heated steering wheel that proved especially appealing on a cold day in Michigan’s Upper Peninsula. The wheel now uses haptic touch buttons to control a variety of vehicle functions, including active cruise control. Behind the wheel are newly redesigned paddle shifters for the DSG gearbox.

The overall look is appealing, with carbon-look accents on the door, brushed stainless steel pedals and driver footrest and a multi-color ambient lighting system for doors and dash.

The Golf R gets the most powerful version of VW’s EA888 engine available. The turbo-two package adds another 27 hp this year. That’s enough, VW claims, to hit 100 kmh, or 62 mph, in just 4.7 seconds. In standard trim, the 2022 Golf R will top out at 155 mph. But the optional Performance Package bumps that up to 168 mph.

As with the prior model, the Golf R comes standard with Volkswagen’s 4Motion technology. But there’s been a major enhancement made this year, the introduction of R-Performance Torque Vectoring. The fundamental concept is to use engine torque to help power a vehicle through a corner.

Most of the time, manufacturers do this by gently applying brake pressure to the wheel on the inside of a corner. The more elegant approach is to direct additional torque to the outer rear wheel. VW does this on the Golf R with a new differential with twin multi-disk clutches. It not only lets power shift from front to back but also from left to right between the two rear wheels. The result is a marked reduction in vehicle understeer.

Add to this the ability to control key vehicle functions, including not only the 4Motion package but also steering, throttle input and the adjustable dampers, by choosing your drive mode.

The 2022 Volkswagen Golf R offers all the basic technologies you’d expect from a vehicle in its price range these days, including a 10-inch touchscreen for the infotainment system that can handle features like Apple CarPlay and Android Auto, along with built-in apps. The car gets a WiFi hotspot and comes standard with a Harman/Kardon premium audio system.

Like other new VW models, there’s a relative dearth of conventional knobs and buttons, most vehicle operations now being relegated either to the touchscreen or the new steering wheel which relies on capacitive touch buttons and sliders.

Much of the onboard technology is in line with the Golf R’s basic mantra, maximizing performance and handling. That starts with the reconfigurable gauge cluster which includes such niceties as a G-meter and a graphic display showing where torque is flowing at any given moment.

The 2022 Golf R expands upon the options available through the Driver Mode switch, meanwhile, adding both a Drift mode and a Special setting that, effectively, let’s you opt for the settings VW used to achieve record lap times on the legendary German Nürburgring.

Taking a car like the 2022 Volkswagen Golf R out on a thick sheet of glazed ice might seem a counterintuitive way to test it out. If anything, it proved the perfect way to see just how well the hatchback’s new 4 Motion system could maintain control. Understand that the ice was slick enough that you’d need mountaineering crampons to walk on it. Yet, the Golf R maintained its poise during repeated slalom runs, as well as on a tight figure-eight course.

I had the chance to test the car out on a variety of other circuits, including a dry slalom course and a damp – but not frozen – skidpad. The bottom line: the Golf R was as sure-footed as a mountain goat, no matter what was thrown at it.

What was particularly intriguing was just how much of a difference the car exhibited using the various driver mode settings. In Comfort, well, it really did deliver a softer, plusher ride, though I clearly did have to cut my speed going through the various slaloms. The various track modes each had their own distinctive manners. As you’d expect, Drift allowed you to hang out the tail for a truly exhilarating run around the figure-eight and skid-pad courses.

Unfortunately, I was not able to clock any significant time on-road. My journey north of the 45th Parallel was meant to try out the Golf R exclusively on a closed circuit. That said, the driving experience was impressive.

Whichever way you measure it, the 2022 remake of the Golf R brings significant improvements. The overall design is cleaner, sportier, a fair bit more refined. The update delivers plenty of room and lots of creature comforts – including the now-standard sunroof.

But, if you’re going to buy a Golf R you’re doing it for the pure pleasure of driving. And that’s where the new model truly comes through. With the added horsepower, the upgraded 4Motion system and the expanded Drive Mode capabilities, you can push the limits under practically every possible situation you might yourself in – even driving on glaze ice.

VW has yet to confirm pricing for the new model. The outgoing hot hatch started at $40,395 and, with all the new features and functions, it seems all but certain you’ll be paying more when the 2022 Volkswagen Golf R reaches U.S. showrooms towards the end of 2021. 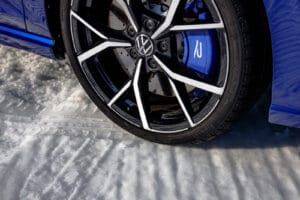 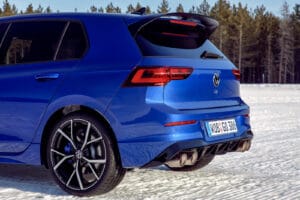 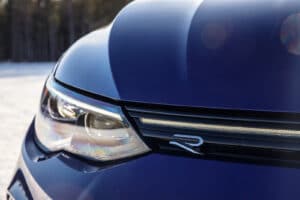 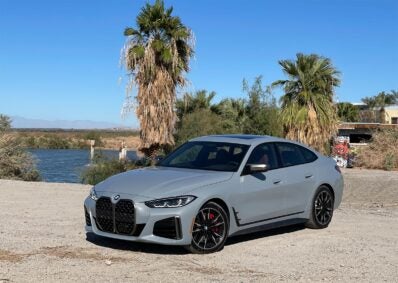