This affordable sport sedan delivers just the right balance of power and handling — and adds a manual, to boot.

In a world where SUVs rule the road it’s likely that many buyers looking for a fun ride won’t even notice the new 2022 Honda Civic Si — and it’s their loss.

The Honda Civic was long the favorite of performance seekers on a budget but the last few generations of the compact line seemed to drift off the mark. Not so the new Si, as I discovered during a day of wandering along the tight mountain roads through the San Gabriel Mountains north of Los Angeles.

Honda certainly hasn’t ignored the light truck revolution. It offers plenty of options, including the familiar CR-V and Pilot SUVs, and even brought back the Passport badge a couple years back. But, unlike some competitors, it remains fully committed to the passenger car side of the market. And that includes all manner of Civic variants.

Based on the 11th-generation compact, the Si isn’t the most powerful car in its class. If you’re looking for raw muscle, hang tight until the upcoming Civic Type R arrives to fill that gap. That said, the 2022 Honda Civic Si is nimble, sporty and even offers one of the last manual transmissions you can find in this segment.

Blasting through the San Gabriel’s treacherous trails, it’s easy to appreciate all the changes that have been made with the latest Si. Steering is crisp and precise, handling perfectly predictable. With amazingly little body roll, this is a point-and-shoot sedan. The taut suspension can prove a little jouncy when just cruising on rough pavement. But the trade-off is worth it if you’re looking for a compact sport sedan that allows you to push the limits of your driving skills while providing enough margin of error for those who might otherwise get in over their heads.

Like the more mainstream 2022 Honda Civic sedan, the Si adopts what the automaker describes as a “thin and light” body design. That translates into a low hood and front fenders, with a small grille above the front bumper, and a larger one below giving the new model a more planted feel. All versions of the 2022 Civic migrate to LED lighting, both front and back.

Subtle flaring around the wheels yields a more aggressive and premium feel, or so Honda designers contend. The windshield pillars, meanwhile, have been moved rearward 2 inches, the glass flowing into a coupe-like roofline that tapers into a short rear deck.

Moving the pillars back might seem a curious move that could impinge on cabin space but Honda engineers managed to add another 1.3 inches in overall length, and 1.4 inches in wheelbase, the latter  a particular plus for passengers and cargo.

The Si gets a few distinctive touches. It adopts a honeycomb-style grille that’s more like what you’ll find on the 2022 hatchback than the standard-issue sedan. It adds a black spoiler, black mirror housings, silver dual exhaust pipes and unique, 18-inch matte black wheels. (Summer tires are a welcome option.) My tester also features distinctive, almost Day-Glo orange paint that is certain to grab anyone’s attention.

While Honda hasn’t been immune to the auto industry’s increasing focus on high-tech interiors, the 2022 Civic line has kept things refreshingly clean. To its credit, it restored a volume knob on its infotainment system several years ago and the system appears to be operating a bit faster, as well, perhaps getting a processor upgrade. On the Si, the touchscreen measures 9 inches.

As with other versions of the Civic, the Si cabin is, as Honda puts it, “strikingly simple, clean, (with a) modern take on classic Civic values.” The automaker defines the approach as “Man-Maximum, Machine-Minimum.”

That takes on special meaning in the Si with its manual gear shifter. It resembles the stick in the Type R and boasts similarly short throws.

Even with the windshield pushed back, the new cabin offers reasonable space for both front and rear passengers, especially considering competitors in the compact segment. The sedan’s low beltline and ample glass provide good visibility and enhance the sense of spaciousness.

The low instrument panel is accented by a honeycomb mesh that, Honda claims, “serves both form and function, creating a dramatic visual dividing line between the audio, information displays and the climate controls.” The approach also helps keep things feeling less cluttered by largely concealing the air vents.

Honda adopted more premium materials for the 2022 model’s cabin. And upgraded seating on all trim levels. In the Si’s case, it gets red sport seats with integral headrests and added support useful under aggressive driving.

At an even 200 horsepower, the 2022 Honda Civic Si actually comes in 5 hp short of the outgoing model, a bit of a surprise, at least on paper. The turbocharged 1.5-little inline-4 makes 192 pound-feet of torque.

What might come as a surprise is the fact that the Si comes only with a 6-speed manual. If you can’t drive a stick, go somewhere else. Derived from the Type R, it has been improved in several ways, most notably with throws that are 10% shorter — read “quicker” — than the outgoing sport sedan.

Another feature borrowed from the Type R is the Si’s new, lightweight flywheel, something that helps the engine spin up a bit faster. That said, there is a bit of torque lag at launch. It really comes into its own above 1,800 rpm, where you hit peak torque. Like the Type R, the new Si also rev-matches when you downshift.

Along with the 9-inch touchscreen, the 2022 Civic Si features a 12-speaker Bose Premium Audio system and wireless Apple CarPlay, both standard. Wired Android Auto is also on the list.

Along with existing features, such as forward collision warning with automatic emergency braking, all versions of the 2022 Civic add a new front wide-view camera, new Traffic Jam Assist and, on the Civic Touring, Low Speed Braking Control.

One surprise was the automaker’s decision to stop using radar for its Honda Sensing safety suite — a move similar to what Tesla recently announced. Both companies claim they can yield equally good results using onboard cameras.

The new model also adds what Honda describes as “groundbreaking” new front airbags which are designed to reduce traumatic brain and neck injuries. The 2022 model also becomes the first Civic equipped with side airbags for rear seat passengers.

As long as you’re up to driving a stick, the 2022 Civic Si will reward you with what seems an almost uncanny link between man and machine. There’s a sense of balance here that’s increasingly rare in the compact segment, even if the Honda doesn’t have the muscle of some key competitors like the new Hyundai Elantra N or Volkswagen Golf GTI.

Heading out for a couple hours of driving through the San Gabriel Mountains, I was pleasantly surprised with how short a learning curve there was to get the most out of the new sport sedan. The clutch was reasonably light, and the short-throw transmission made easy work of maintaining the right gear at any moment.

The downside is that you do need to row a bit if you’re looking for maximum power. The new Si can get a little sluggish unless you keep the revs up — so I tended to stick to second and third gear unless an occasional, long straight came along. Not that this was a problem. The engine produced a nicely resonant exhaust note that served as a soundtrack to my adventure.

With the optional summer tires on my tester, handling can best be described as uncanny. The new Civic Si features relatively little body roll — just enough to give some necessary feedback as I darted through one sharp corner after another. Steering was precise and predictable.

In many ways, the 2022 Si felt more like I was driving a classic roadster as I wove through mountain and canyon. Big brakes added to my comfort level, quickly shaving off speed without ever fading.

If there’s a downside it’s the moderate amount of jounce you’ll feel while cruising, especially if the pavement isn’t glass smooth. But it’s more than worth the trade-off if you’re the type who likes backroad adventures.

For any performance fan who thinks Honda has lost its way with the Civic, a drive in the 2022 Si will restore your faith. It is the pure embodiment of what a compact sport sedan should be. Not the fastest, not the most high-tech. But it is just a delight to drive, the harder the better.

If you’re looking for maximum muscle, you might want to hang tight until next year, when the next-generation Civic Type R makes its debut. But if it’s a well-balanced machine with a balance of power and great handling, the Civic Si nails it.

Too bad about those folks who can’t look beyond an SUV. 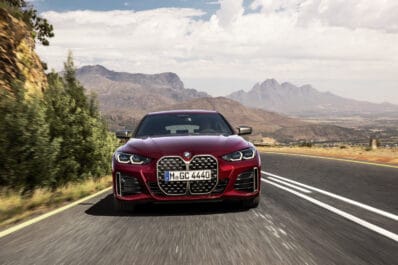 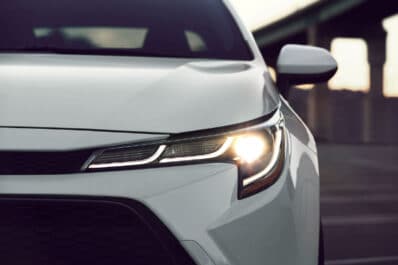