Who doesn’t love a good hatch?

Honda traditionally does an excellent job of catering the Civic and its various iterations to different potential buyers — that continues with the 11th-generation model, particularly the newest hatchback.

The hatchback is traditionally aimed at younger buyers who see the hatchback as a sort of catchall type vehicle in terms of its usage. Of course, the new version further caters to those younger buyers all automakers want to attract.

To make that happen, the simplified exterior we’ve already seen most of courtesy of the sedan released earlier this year, carries over for the first two thirds of the car, but from the C-pillar back, it’s a whole new deal.

The 2022 Honda Civic hatchback is tough to separate from this trunk-laden sibling until you get to the Euro-inspired fastback-looking hatchback. The fastback or coupe-style is all the rage with higher end brands these days and Honda’s designers incorporated it into the new Civic hatchback.

The result is a smooth — the hinges are hidden to accentuate the clean look — and simple look that conveys a mix of sportiness and convenience. It also offers the practicality of a hatch with additional cubic feet of available cargo space without the car looking bulbous at the back.

To be honest, the new Civic — regardless of style — is a step back toward a less complicated and understated look. In fact, designers were charged with using the past as inspiration for the present, specifically its original “Man-Maximum, Machine-Minimum” design philosophy. Fortunately, it’s a starting point not an ending one. 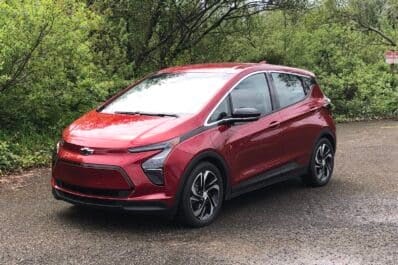 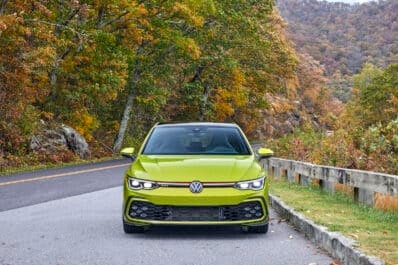