From its very earliest days, one of the elemental forces shaping the auto industry was the desire to go fast and down through the years speed on four wheels has been delivered in all kinds of packages.

The 2020 Mini John Cooper Works Mini Clubman ALL4 is one of the packages that carries on the traditional desire for speed. On the outside, it carries on the distinctive exterior lines and appearance that have made the Mini instantly recognizable even to people who do not pay much attention to automotive designs.

John Cooper Works also puts its stamp on the exterior with body-color mirror caps, 18-inch wheels and a panoramic sunroof that enhances the car’s appeal when you take it out cruising or need to relax with some sunshine on the way home from work.

The interior is also given special attention from the stylists at John Cooper Works, starting with the special steering wheel and comfortable seats that work to counteract the usual wear and tear that comes with riding in a small car, and furnishing and materials throughout that give this version of the Mini the ambience of a larger luxury car.

I have always liked the round center stack cluster that is the signature piece of Mini’s interior design and packaging and it fits well into the John Cooper Works model, which has an enhanced entertainment system.

Overall, there is plenty of technology in the John Cooper Works Mini, starting with Mini’s version of a head-up display with the ever helpful speed-limit sign as well driver assistance features such as blind spot detection and lane departure alerts that are helpful if cruising country roads are commuting in heavy traffic.

The 2020 Mini John Cooper Works Clubman ALL4 is also equipped with LED headlights and fog lights, which makes it easier to see what is ahead and to be seen by other motorists during the day.

Overall, the visibility from the driver’s seat is excellent and while the Mini is not the most spacious vehicle on the road, the four-door Clubman version does have more space than other versions of the Mini. It can even accommodate small packages behind the second row of seats. One of the seats will even flip down in the pinch to accommodate a somewhat larger package.

However, I suspect no one is going to purchase the 2020 Mini John Cooper Works Clubman ALL4 because they are impressed by its versatility. After all the heart of this car is under the hood and the powertrain makes it one of the quickest and most nimble cars that I have had a chance to drive in a while.

The 2020 Mini JCW Clubman is equipped with a 2.0-liter four-cylinder engine with twin turbos that produces 301 horsepower and 331 foot-pounds of torque. The model I drove was equipped with an eight-speed transmission and three different driving modes as well as Mini’s all-wheel-drive system.

I know that throughout the years Mini has been beset by engine problems that have frustrated a lot of customers. But I was not doing a long-term test and what I found while I was behind the wheel was exhilarating.

The 2020 Mini JCW Clubman ALL4 got up to quickly and effortlessly, offering more than enough power for passing and moving ahead of traffic. The shifts were effortless and seamless as the Mini accelerated or slowed when the traffic called for a change of speed.

In addition, John Cooper Works has taken a great deal of care to make sure that the car’s suspension matches the power from the engine. The car stayed flat through curves even as I accelerated and overall, the ride and handling were exceptionally smooth even on varied road surfaces.

The all-wheel-drive system was noticeably helpful on wet surfaces, and the brakes are excellent. The electric power steering was tuned so that it offered the kind of feedback that helps keep the driver connected with the feel of the car and the road.

John Cooper Works has a long history of building and modifying cars for the racetrack and it shows clearly in the 2020 Mini Clubman that it has produced for the British brand. It is also expensive. The Manufacturer’s Suggested Retail Price for the model I drove was $48,100, which included the $850 destination charge and $7,000 for “Iconic” trim package.

However, the average vehicle sold in the United States costs around $40,000, according to the U.S. Department of Commerce, and I doubt very much that they are anywhere nears as much to drive as the 2020 Mini John Cooper Works Clubman ALL4, which seems to have succeeded in creating niche all of its own in the automotive world that combines an offbeat style and old fashioned power. 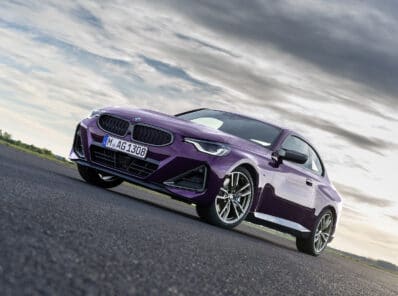