It is possibly the auto industry’s most abused marketing term: GT. A true GT, or grand tourer, is a sports car capable of effortlessly and comfortably traveling at high speed over long distances with cargo space that will carry more than a toothbrush and condoms.

Certainly, there are cars that meet this criteria, such as the Bentley Continental or Mercedes-Benz SL-Class. But there are others, such as the Kia K5 GT, that use it for marketing effect, as the K5 is far from any enthusiast’s idea of a true GT.

Overview: And so now we welcome the 2020 McLaren GT, the brand’s newest supercar and the first McLaren to be designated a grand tourer, although you’d never know it to look at it. That’s because it looks like merely the latest in a line of stunning McLaren mid-engine sports cars. Nonetheless, the company insists it’s a true GT, just not in the way you might think of one.

Exterior: Many mid-engine sports cars pour on the visual geegaws to prove what’s already apparent by their mid-engine form. The McLaren GT dispenses with such juvenile dross, opting instead for an elegant purity of shape that’s mercifully adult, yet still promises fun thanks to its dramatic dihedral doors that swing up and out of the way. While it makes for a memorable entrance, the test car’s driver’s door had a habit of retaining water, which unceremoniously dumped out of the driver’s door when opened.

The new GT’s monocoque carbon fiber structure is similar to other McLarens, but the GT uses aluminum body panels rather than carbon fiber. That’s why it’s one of the brand’s heavier cars, although weight isn’t necessarily the enemy in great GTs.

The test car’s Pirelli P Zeros ­– 20-inches up front, 21-inches in the rear ­– wore attractive 15-spoke wheels that provide the perfect finishing touch. The result is simply stunning, although casual onlookers often mistook the GT for the new Chevrolet Corvette.

Interior: The artfully restrained cabin design is a bit of visual haiku, and a welcome relief in a class where some manufacturers indulge in design overkill. Its aura is enhanced by the sumptuous leather, knurled aluminum switchgear and the electrochromic glass roof, which allows you to adjust its opacity.

It’s clearly a luxurious space, but it doesn’t feel overindulgent or excessive. This is evidence of McLaren’s roots as a sports car manufacturer, a feeling reinforced by the absence of the options you’d expect. So don’t count on ventilated seats, or ones that massage.

In addition, the seats are very firm, which some might find unrelenting for long drives, although their support is excellent. And unlike other GTs that make a token effort of offering room for more than two, the McLaren’s passenger capacity tops out at two, although the cabin is fairly roomy.

Speaking of spaciousness, unlike its corporate siblings, the GT has a 14.8 cubic-foot cargo area beneath its soft-closing tailgate. There’s an additional 5.3 cubic feet of storage up front, bringing total cargo capacity to a very useful 20.1 cubic feet — enough to make it the most practical car McLaren offers.

But as in any mid-engine car, the rear trunk gets very warm due to engine heat, so it’s best to pack anything heat sensitive up front. As with any great GT, custom-fitted luggage is available.

“… You not only hear the V-8, you feel it, especially once you mash the throttle …”

Powertrain: A new 4.0-liter twin-turbocharged McLaren V8 produces 612 brake horsepower and 465 pound-feet of torque; that’s a 399 horsepower-per-ton power-to-weight ratio, one capable of delivering 0-60 mph in 3.1 seconds on its way to a top speed of 203 mph.

The driveline includes launch control as well as comfort, sport and track driving modes. The car is fitted with an aluminum, double-wishbone suspension and twin-valve hydraulic dampers at all four corners, along with anti-roll bars front and rear. Steel brakes are standard, ceramics are optional.

Technology and Safety: The sort of driver-assistance safety systems you’ve come to expect on all cars, such as blind-spot monitoring, or adaptive cruise control, aren’t available, although the GT does have a standard backup camera, but that’s required by federal law.

Other safety features, such as airbags and anti-lock brakes with electronic brakeforce distribution, are standard.

The 7-inch portrait-style infotainment touchscreen is the centerpiece of the instrument panel and featured the optional – and excellent – 12-speaker, 1,200-watt Bowers & Wilkins audio system.

Driving impressions: If the interior’s lack of overindulgence doesn’t tip you off to the McLaren’s true character, then one drive will. Simply put, this is a super sports car; a carbon-fiber, mid-engine scream machine that produces oceans of power accompanied by a satisfying snarl from its exhaust. You not only hear the V-8, you feel it, especially once you mash the throttle. 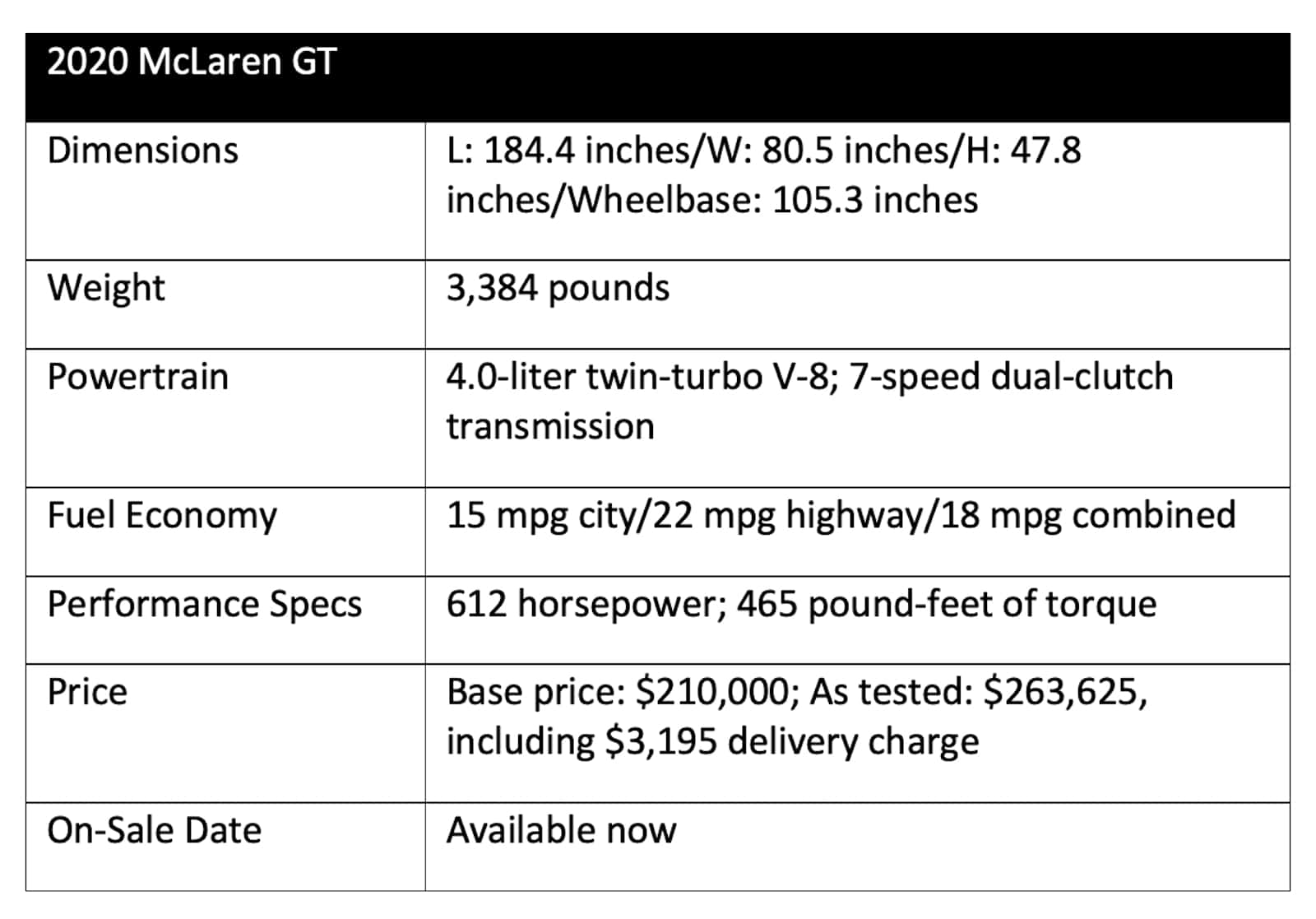 The GT dutifully awakens with nary a hint of turbo lag, and the dual-clutch transmission snicks off the shifts as expected. Mercifully, McLaren uses hydraulic steering and brakes which provide a direct responsive feel largely absent from many modern cars – even sports cars.

The GT performs like the consummate sports car that it is, with grippy tires, neck-snapping acceleration and enough noise to remind you why didn’t choose a Bentley instead.

And it does a good job of absorbing the rough stuff dealt out by America’s crumbling infrastructure, it’s not the grand touring ride most will expect. One drive, and you could be excused for thinking this is a GT in name only.

Wrap Up: McLaren may call its GT a grand tourer, but its personality remains that of a true McLaren, albeit a McLaren sports car with luggage space. It’s not a GT, but there’s nothing wrong with that. And given its $213,195 base price, it’s one of McLaren’s least-expensive models. 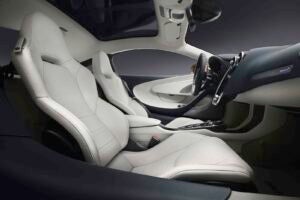 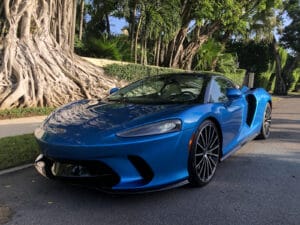 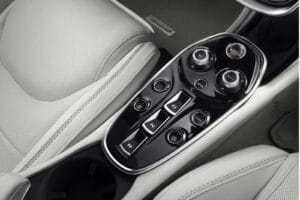