The Volvo S60 is a comfortable, four-door sedan with excellent road manners, plenty of features and a full array of technology that enhances the vehicle’s ease of operations in a variety of circumstances.

It also comes with Volvo’s traditional emphasis on safety and a clean, simple design language that has been one of the major hallmarks of the Volvo brand for decades and ensure the S60 makes a good impression standing at the curb or while it is in motion.

For starters, the exterior design of the S60 utilizes the clean lines that have made the company’s car easy to recognize out on the road or even on crowed streets. The 2020 S60 also features the distinctive grille that has become a Volvo signature with a black glass as the hard to Thor’s hammer daytime running light and LED headlights.

The tall roof line also gives the car excellent visibility from the driver’s seat and more headroom than in a sedan with a more conventional design. The S60 shares the Scalable Product Architecture or SPA platform with the award-winning XC60 and 90-Series cars. It features a luxurious interior, increased levels of space, which has the effect – to me anyway – of making the car more practical.

The basic architecture also is quite sturdy, earning a five-star crash rating.

The interior of the S60 features the 12-inch screen that has been part of the cabin design of Volvo vehicles in recent years and it is inset into an artfully shaped dashboard that emphasizes the width – and roominess – of the S60s cabin, which features a nice mix of varied textures and materials, including wood and brightwork.

The interior design places an emphasis on the S60s technical features, including its connectivity with Bluetooth, an impressive entertainment system with both satellite and HD radio and a 360-degree surround view system that illuminates what directly around the car and make it easier to maneuver while getting into and out of tight parking situations.

Volvos also are still designed in Sweden and cold weather still plays a big role in the company’s design and engineering philosophy so there are heated seated, a leather-wrapped heated steering wheel, heated windshield wipers and system for cleaning off the headlights, which, as anyone who has every driven on snowy or even muddy roads in the dark, is quite useful. The S60 is also equipped with headlights that bend as the vehicle is turned to illuminate the road ahead.

In addition to the advanced connectivity, plus Volvo Cars’ latest driver support systems and other safety technology, including lane keeping assist, which as I found out one night in heavy snow, really work at keeping the car on the straight and narrow.

The 2020 S60 I was driving was equipped with optional Pilot Assist system – which supports the driver with steering, acceleration and braking on well-marked roads up to 80 mph – has been upgraded with improved cornering performance. The S60 also includes Run-off Road Mitigation, Oncoming Lane Mitigation and other steering assistance systems.

The optional Cross Traffic Alert with autobrake further enhances safety for people inside and outside the car and Volvo has limited the top speed of its car to 112 mph, which in my estimation is plenty fast for American road. In fact, faster speeds in any car on any road or surface could deadly in an instant.

However, at lower speeds. the City Safety with Autobrake technology on the S60 T5 I drove assists the driver in avoiding potential collisions and is the only system on the market to recognize pedestrians, cyclists and large animals. In a world first for the midsize sedan segment, City Safety now also engages auto braking to mitigate oncoming collisions.

Superior ride and handling, however, don’t really work without an adequate powertrain to support it. The 2.0-liter turbocharged engine in the S60 I drove delivered 250 horsepower, which was more than enough for everyday driving or even if you want to take what is basically a sport sedan out for a spin for fun.

The engine is matched to an eight-speed transmission and with front wheel drive and the whole power train was equipped with a selector switch to set different modes of operations such as sport or normal.

All this was a car, and it definitely was a car, that was fun to drive and seemed to fit effortlessly into an American environment. One drawback the manufacturer’s suggested retail price on the car is $46,240 and there are an awful lot of really good vehicles in the $40,000 to $50,000 price range these days. 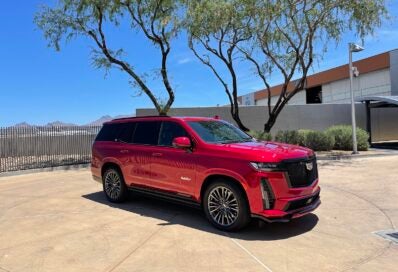