New model meant to "radically transform the concept of comfort for luxury consumers."

We’ve barely gotten past the New York Auto Show but halfway around the world, automakers are getting ready for the season’s next big event. That includes Lexus, which has dropped a partial teaser of what appears to be the next generation ES model.

While many folks think of the ES as a fairly base-level vehicle, Lexus clearly has more upscale ambitions for a model whose name, after all, is short for “Executive Sedan.” And while Toyota’s luxury brand isn’t saying much about what it will be showing in China, it appears buyers have something to look forward to.

The new ES, Lexus hints, “aims to radically transform the concept of comfort for luxury consumers all over the world.” That may explain why the brand saved the new model for Beijing where luxury buyers have, indeed, become some of the world’s most demanding.

The next ES may have a broader mandate than the current model. There is talk that the slow-selling Lexus GS might be dropped in the near future as the brand shifts more and more of its focus to utility vehicles. (We’ve lately seen the addition of the NX and smaller UX models, and a highline ute equivalent of the flagship LS is apparently also under development, sources have hinted to TheDetroitBureau.com.)

Not much has yet been revealed about the next Lexus ES, though it is expected to be based on the same Toyota New Global Architecture that has been anchoring everything from the latest Prius to the all-new Avalon that was recently unveiled.

A much more modern platform than what’s under the current Lexus ES, look for it to feature better proportions – meaning wheels closer to the corners, improved interior space utilization, better on-road dynamics and perhaps a little bit of weight reduction.

Visually, the next Lexus ES will feature a more aggressive version of the brand’s signature spindle grille than the current, conservative offering, framed by LED headlamps. And, in keeping with Toyota CEO Akio Toyoda’s mandate for more “passionate” design, expect to see more angles and creases than the current, slab-sided sedan. The nose, from this teaser and another recently leaked image, suggests the nose angles aggressively low, with larger wheel arches. The roofline should meanwhile, be more coupe-like.

The new ES, meanwhile, is expected to feature a wide range of new technologies, including both safety and creature comfort, which first appeared on the new Toyota brand flagship. With Avalon we saw such niceties as standard Apple CarPlay and Dynamic Auxiliary Turn Signals, available authentic wood and aluminum cabin accents, and Engine Sound Enhancement, most of those introduced on a Toyota product for the first time. Avalon also added an Adaptive Variable Suspension and a new “laser ablated” lighting system.

(Click Here for a closer look at the new 2019 Toyota Avalon.)

But don’t expect the new Lexus ES to be just a badge-engineered version of the Avalon. The question is what “radical” changes Lexus might introduce to enhance the sedan’s comfort quotient. It could pick up on some of the heating, cooling and massaging features from the bigger LS, and a stretch Chinese version just might add a Business Class-style foot rest. But Lexus, apparently, has some interesting new ideas to debut in Beijing.

Under the hood, the ES could also borrow from Avalon which features a 301-horsepower 3.5-liter V-6 or an optional hybrid system. All-wheel-drive is a strong possibility, as well, considering it’s become difficult to sell anything without AWD to luxury buyers in cold and snowy U.S. markets. A new 2.5-liter gas engine, and even a 2.0-liter turbo borrowed from the NX crossover, are rumored to be added for Europe and other overseas markets.

As to timing, look for the next-generation Lexus ES to start rolling off the same Kentucky assembly line as the Avalon by late in the third or early in the fourth quarter of this year. Dealers should be able to take orders before the end of 2018, though deliveries might not official begin until early 2019.

(How did Toyota and Lexus sales fare in an unusually robust March? Click Here to find out.) 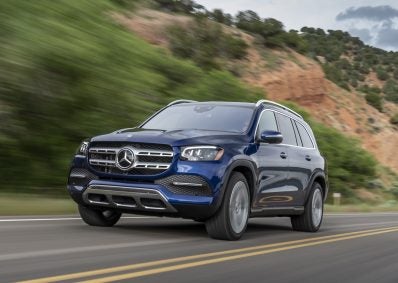