The unmitigated absence of personality is ironic given its alien life-form styling.

Don’t look now, but it’s been two decades since the Toyota launched the Prius gas-electric hybrid, successfully selling a driveline concept that had been attempted since the automobile was invented, but never effectively nor profitably executed. To celebrate, Toyota is building 2,020 copies of the 2021 Prius 2020 Special Edition, a car we first reported about a year ago.

It comes as Prius sales declined nearly 38% in 2020 from 2019, a decline that might be explained by corporate cannibalization: Toyota offers hybrid drivelines throughout its lineup, from Corolla to Avalon, as well as on the Highlander, RAV4 and others.

Given that the Prius starts at $24,545 — or $29,875 for the 2020 Special Edition — you can save nearly $1,000 or more by opting for the Corolla Hybrid, a car that offers nearly identical fuel economy and doesn’t resemble an alien life form.

In addition, the Prius has credible competition, such as the Hyundai Ioniq with its better EPA numbers, the Honda Insight that’s more fun to drive, and the Kia Niro, which, like the Honda, is far better looking. Even worse, hybrids come in many forms, from minivans to off-road SUVs like the Jeep Wrangler 4xe. The Prius has lost much of its unique selling proposition.

Toyota is aware of this. Deputy Chief Engineer Koichi Kaneko said in an interview with TheDetroitBureau.com a year ago, “For the next Prius we have to think about how to … separate [it] from the rest of the Toyota line-up.”

Offered in L Eco, LE, XLE, and Limited trim levels, all models are front-wheel drive, although Toyota now offers all-wheel drive in LE and XLE trims. Choosing the XLE with AWD-e trim gives you access to the Advanced Technology Package, which adds navigation and a head-up display ­— two nice options. The test vehicle, the Prius 2020 Special Edition, is basically a front-wheel-drive Prius XLE with a fancy trim package.

There’s no parsing words: the Prius is stunningly unattractive. You can’t drink it pretty. But the 2020 Special Edition does its best to gussy up the old girl with black 17-inch alloy wheels, color-keyed rear spoiler, blackout headlight components, trim, B-pillars and mirrors. It’s available in two colors: Supersonic Red or Wind Chill Pearl.

Our red test car was particularly striking, as it makes the best of the Prius’ ­ungainly design. It’s helped by the model’s LED lighting, although given this car’s frugal personality, you’d expect them.

The imitation leather-trimmed heated front seats are 8-way adjustable driver’s seat and 4-way adjustable passenger’s seat. It also features an imitation leather-trimmed heated steering wheel, although the top of the wheel remained cold. The seats were comfortable and legroom is more than sufficient front and rear. The interior was quiet on freshly paved roads. That changed on older roads as tire and road noise engulfed the cabin.

As before, the digital instrument cluster is center mounted at the top of the instrument panel. This limits the driver’s ability to constantly monitor speed or idiot lights. The automatic climate control is easy to use, but the compressor struggled to cool the interior, despite not being in Eco mode.

The Prius returns with a naturally aspirated 1.8-liter 4-cylinder gas engine paired with an electric motor up front. Ordering all-wheel drive adds an additional motor in the rear. It generates 121 horsepower and 105 pound-feet of torque through a continuously variable automatic transmission with front-wheel or all-wheel drive.

A 7-inch touchscreen, with six-speaker audio system, Bluetooth, and Apple CarPlay, Android Auto, Amazon Alexa and compatibility is standard. You also get a USB media port, two USB charge ports, and a Qi-compatible wireless smartphone charger. The screen’s user interface is far easier to use than ones offered in pricier Lexus vehicles.

Don’t be fooled by the Prius’ sprightliness off the line — a sensation typical of electrically enhanced drivelines. As its horsepower and torque figures suggest, the Prius is no speed demon, although its buyers aren’t looking for that.

However, when you need a sudden burst of power to overtake a vehicle at highway speed, the transmission is reluctant at best, even in “Sport” driving mode. Given its stately pace, some drivers may find themselves mashing the throttle in a quest for more power. Alas, this only leads to mediocre fuel economy, as our test vehicle’s 36 mpg fuel economy attests.

The driving experience is still one of ethereal vapidity. There’s nothing in the way of road feel. The steering is light. The suspension ably soaks up bumps except for the very worst offenders. Body lean comes on in corners and the Prius communicates its limits long before you reach them. Strangely, there’s little regeneration feel when braking as in other hybrids or battery electric vehicles, and brake pedal feel is light and lacking in progressive feel.

The unmitigated absence of personality is ironic given its alien life-form styling.

Despite its unique trim, the 2021 Toyota Prius 2020 Special Edition remains what it always was: a vehicle engineered to achieve high fuel economy at the expense of any driving pleasure. Clearly, this is not a driver’s car. This worked 20 years ago. But a changing market, and many better choices for green-oriented drivers, makes the Prius increasingly harder to recommend, not only against its competition, but against Toyota’s other hybrid models. 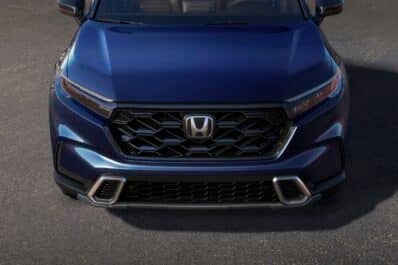