Impressive looks and strong performance make it a segment leader.

The midsized sedan has been dropped from the shopping list of most new car buyers in the U.S., shifting the focus to trucks and utility vehicles. But not all manufacturers have not retreated from looking for ways to lure buyers to the segment.

In fact, the 2021 Kia K5 EX I drove for a week recently showed a that the South Korean automaker is clearly determined to remain a contender.

Overview: The successor to the Kia Optima, the Kia K5 is a stylish and well-appointed sedan that is comfortable out on the road. It is also roomy, fun to drive and comes with a smooth-running engine and features a nicely integrated suite of some of the latest automotive technology to keep drivers safe and connected while helping them also figure out where they are going.

Exterior: Kia has taken home awards for overall design of the 2021 K5, which borrows elements from the widely praised Kia Stinger. The exterior of the K5 is quite distinctive and endows the car with a unique appearance and character.

At the front, the “tiger-nose” grille, which has become one of Kia’s trademarks, has been reworked so it seems almost alive and ready to jump off the car. The angle of the windshield and the roofline only add to the drama of the K5’s sheet metal, which also is carried through at the belt line and lower.

The overall result is a sporty appearance that is separates this car from its more cautious competitors, such as the Toyota Camry and Honda Accord that have evolved gradually throughout the years. The bold grille is set off and enhanced by the openings for LED headlights and daytime-running lights.

“… From front to back, the exterior design of the K5 is sporty and rather unconventional …”

Interior: As a challenger brand, a key element of Kia’s operating philosophy in the U.S. market has been to offer consumers a value proposition that is difficult to ignore. The interior of K5 illustrates how far the brand is willing to stretch to satisfy customers.

The K5’s cabin is nicely furnished with varied textures and materials that are blended together in a unified presentation that’s very modern but also comfortable and unpretentious. The controls are within easy reach as are the nooks and crannies for storage and 12-inch instrument cluster gives the interior layout a distinctive appearance.

The gauges are easily read day or at night as the interior lighting is well modulated. The center stack is nicely inset into the dashboard, while the screen for entertainment and navigation is easy to read from the driver’s seat. The visibility from the driver’s seat also is excellent since Kia’s designers have succeeded in reducing the size of the A-pillars and a panoramic sunroof illuminates the interior.

Powertrain: The 2021 Kia K5 EX is powered by an inline, turbocharged 4-cylinder engine with an aluminum block and head that features with double overhead cams and direct injection. The engine is matched with an 8-speed transmission and the combination produces 180 horsepower and 195 pound-feet of torque.

The engine and quite capable even though all-wheel drive, a feature available from competitors, is not available on the EX model. The engine also is very quiet, and the shift points come and go without any kind of a fuss even on hills or when pulling out to pass. The front-wheel-drive layout of the drivetrain also is fuel efficient, delivering 27 miles per gallon in the city and 37 mpg on the highway for a combined figure of 31 mpg.

Technology and Safety: As it moved away from its humble roots, Kia has worked to insure its cars are well equipped. The 2021 Kia K5 continues that tradition with a full complement of comfort and convenience features, including an optional 10.25-inch touch screen for entertainment and navigation, voice recognition, steering-wheel controls, satellite radio connection, Bluetooth, Android Auto and Apple CarPlay. 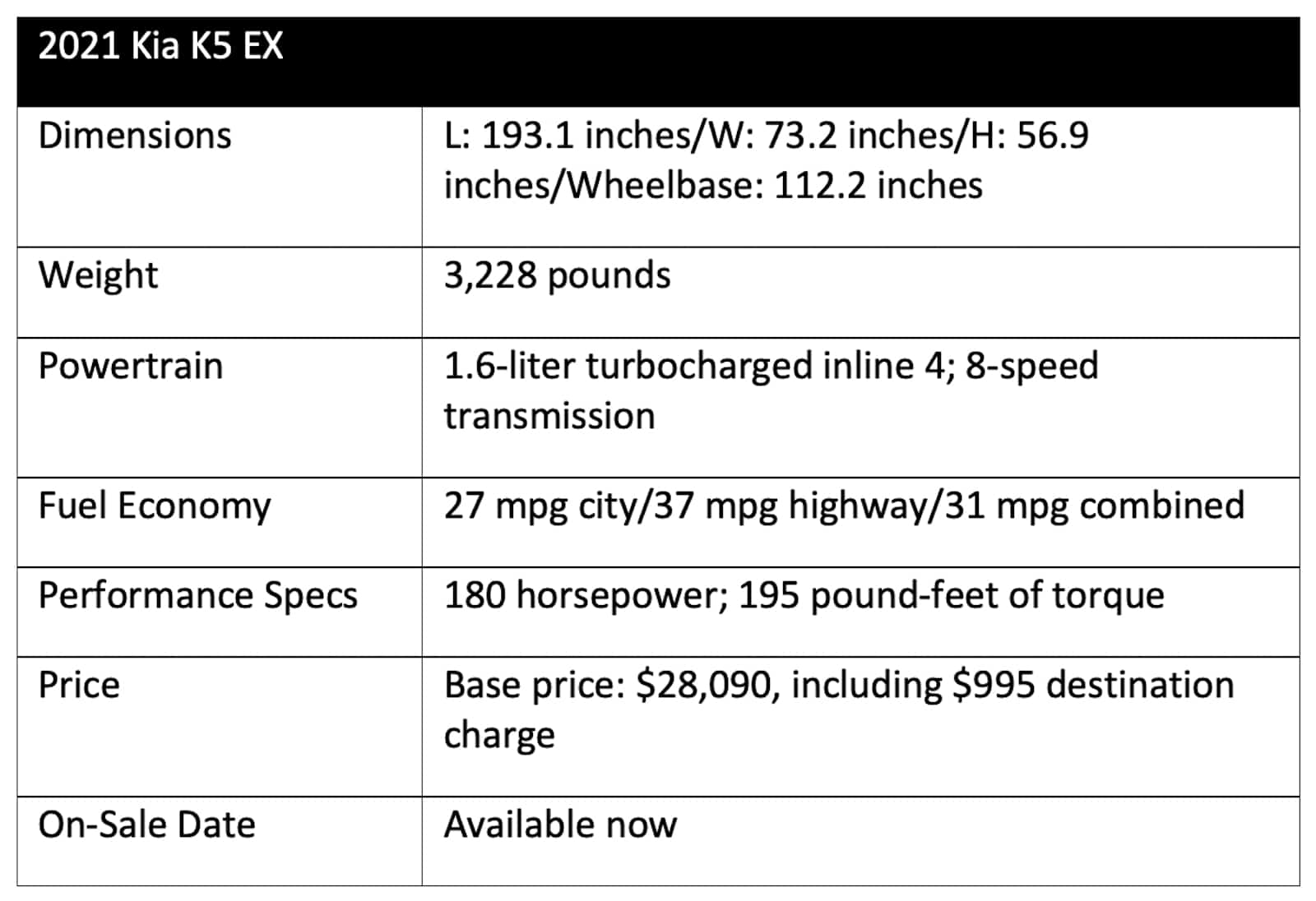 In addition to the standard complement of airbags protecting the driver and passenger from front and side-impact collisions or rollover accidents, the K5 EX I drove also was equipped with driver assistance features such as high-beam assistance to turn up the lights on dark roads, blind-spot detection, lane-keeping assistance, rear-cross traffic alert, forward-collision alert and front- and rear-parking assistance.

Driving Impressions: Even without all-wheel drive, the 2021 Kia K5 EX was fun to drive. It was nimble, handled nicely and electric steering assist did not overpower the feel of the steering wheel. The car also had solid braking capability and the overall ride quality and feel of the suspension was very good as Kia stiffened the car’s body and chassis compared to its predecessor.

In addition, the lightweight engine delivered more than enough power to allow the car to maneuver out the highway. The K5 is a relative lightweight as today’s vehicles go so the 180 horsepower was quite up to the challenges posed by larger and heavier vehicles and it plenty of zip up to higher speeds quickly and smoothly. Overall, it was an easy car to drive with comfortable feel even a higher speed.

Wrap Up: The price of 2021 Kia K5 start at around $24,000 while the EX-package with driver assistance feature will cost you more. That said, the car is well equipped with very up-to-date technology, which is nicely integrated into the vehicle.

But the real strength of the K5 is the design that catches the eye of other drivers and looks impressive standing still. Sedans are out of fashion but for anyone who does not need the cargo space that comes with almost any kind of utility vehicle, the K5 should be very appealing because of the clever combination of styling, tech and value. 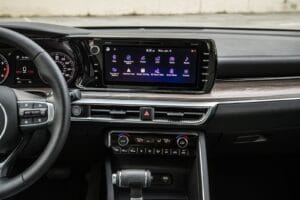 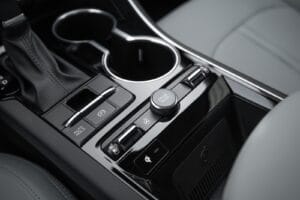 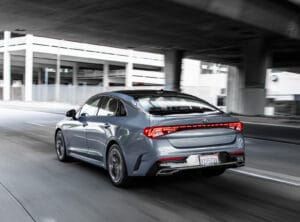