Tall, wide and long, the GMC Yukon Denali is one of the principals in General Motors’ fleet of full-size sport-utility vehicles that hold a dominant position in the segment that looms over the American road. It is meant to be imposing and it is.

The Yukon Denali also is built to deliver comfort, luxury and versatility in big way – and in a package that is easy to drive and handle. But it also carries ample power under the hood, a full load of advanced technology and can carry seven passengers, plus their luggage. It also is designed for people, who might want tow something like a boat or a trailer full of motorcycles or ATVs. Some vehicles are meant to stay in the city. The Yukon Denali is one of the vehicles that is meant to reside somewhere outdoors though not necessarily off the grid or off road.

The exterior design of 2021 Yukon Denali is straight forward – its big square form basically follows its function. The Yukon is built for carrying people and all kinds of stuff, and it just looks like it can do the job. GMC’s designers have endowed the front with bold handsome grille and the LED head lamps, daytime running lights are fog lamps are artfully integrated into the design of the unique Denali front fascia.

GMC also equipped the Yukon Denali with a power liftgate – a most welcome feature given the size of the area it covers. The exterior sheet metal is sleek, nicely formed and complements the vehicle’s overall proportions. When it is sitting still and polished, the Yukon Denali, with its 22-inch wheels, makes a good and impression.

As a big vehicle, the 2021 Yukon Denali does a solid job of combing luxury and comfort without ostentation. The cabin, which given the size of the vehicle, is very spacious – the sunroof is a nice addition. But it is also nicely furnished with a mix of materials, such as metal and leather. The craftsmanship of the stitching, inner doors and headliner are first rate and ultimately are one of the vehicle’s strong points.

In addition, the interior space is neatly laid out, so the controls on the heating and cooling are within easy reach of the driver. There are also controls for the entertainment system and cruise control on the leather wrapped steering wheel and the screens both in the instrument cluster and the center stack are easy to read and adjust.

The visibility from the driver’s seat is excellent and the cabin is well-lit at night, so gauges are easy to read even in the dark. The cabin also is quiet, surprisingly so given the size of the engine, making the long drives more enjoyable. The retractable step makes getting into the cab easier, but I was surprised to find the Yukon Denali I drove did not have an interior grab handle.

The 2021 GMC Yukon Denali that I drove was equipped with a 6.2-liter Ecotech3 V-8 engine matched to 10-speed automatic transmission. It also was equipped with four-wheel-drive and a two-speed transfer case. The engine produces 420 horsepower and 460 pound-feet of torque, which is very impressive. Fuel economy is less impressive with combined rating of 16 miles per gallon from the Environmental Protection Agency, which includes 14 mpg in the city and 19 mpg on the highway.

One of the things I liked about the 2021 Yukon Denali is that it seemed smaller while the vehicle was in motion thanks to its maneuverability, solid brakes, and ease of handling even though parking was something of chore. I did not take the Yukon off road but the suspension on shocks did well during a drive that included a long leg on dirt roads. 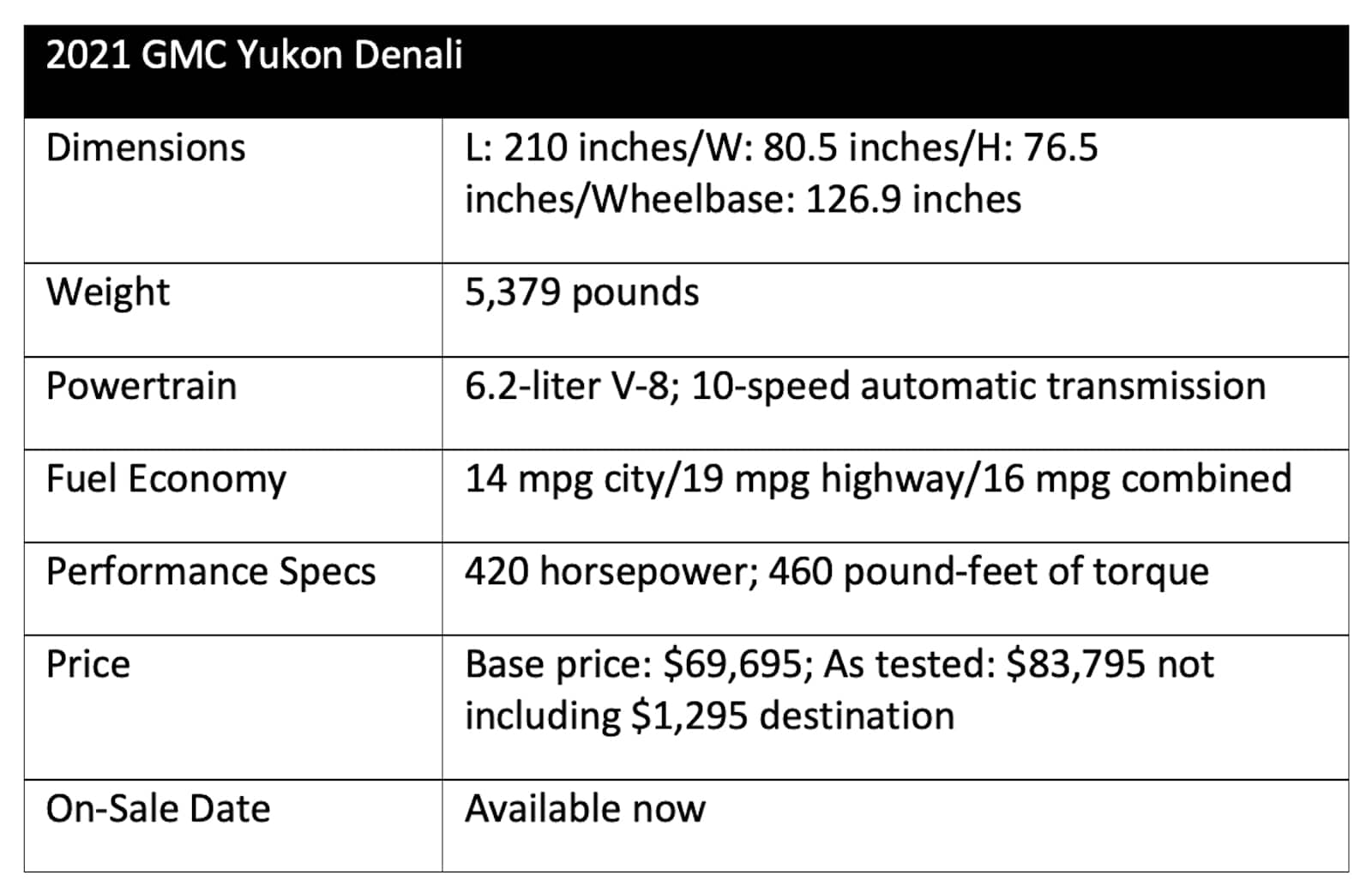 The four-wheel-drive system also gives the vehicle more capability on a variety of surfaces. In addition, the overall weight of the vehicle has been held down, which improves the overall driving dynamics. The engine has more than enough power out on highway for passing and its move up to top speeds with ease.

This is a big vehicle and it really is not meant for solitary commuters. But it is appealing despite its luxury-class price of nearly $84,000, for families with children with lots of friends and activities. It is also useful for carrying people and luggage on long trips and even for businesses that need space for passengers or cargo.

As comfortable as the Yukon Denali is on the highway or other less-traveled roads, it does not always fit into crowded urban and suburban neighborhoods. However, I was surprised and disappointed by the fuel economy during my week with the vehicle. 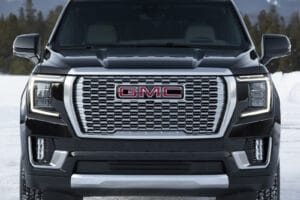 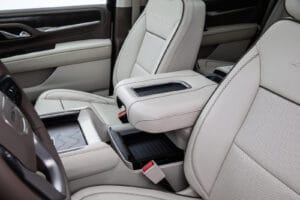 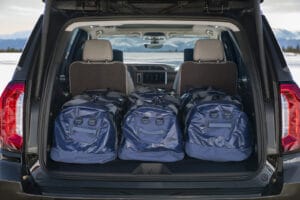