If you live in California or Washington state, you can ignore this review.

As of January 1, vehicles with brake pads that contain too much copper are banned from sale in California and Washington state; their dust kills fish when it ends up in rivers. As a result, General Motors has stopped taking orders for the Chevrolet Camaro in those states, although dealers can sell whatever they have in stock. It will take GM until 2022 to install copper-free brake pads.

Is the portent of things to come?

Overall, Detroit’s three pony cars accounted for slightly more than 1% of sales in 2019, with segment sales declining 6.1% in a market where new car sales rose 1.2 percent.

Such numbers feed into year-old unconfirmed reports that Chevrolet will ditch the Camaro after 2022. Chevy’s pony car uses the Alpha platform, which it shared with the defunct Cadillac ATS and CTS. Their replacements, the new Cadillac CT4 and CT5 use an evolution of that platform, the A2XX. The Camaro does not.

Given the evidence, history suggests that, as in 1992, GM will not pony up the money for a new Camaro, unless it mistakenly follows Ford’s lead and slaps the Camaro badge on an electric crossover.

Overview: Regardless of why GM will or will not kill the Camaro, it explains why there’s little new for the nameplate in 2021. Returning in mild LS and LT trim, along with muscular V8-powered LT1, SS and ZL-1 models, all Camaros

Chevrolet supplied a 2021 Camaro RS Convertible, or at least that’s what the badge on the car said. The Monroney sticker confusingly called it a Camaro 3LT Convertible with the $1,950 RS Package, which adds 20-inch machined aluminum wheels, LED tail lamps and black bowtie badges.

Exterior: The current Camaro’s styling is a clear evolution of the previous car, which took its nod from first Camaro, which was little more than the Ford Mustang filtered through Chevy styling. Yet the 2021 model continues to ignore the second-generation Camaro, a far more original design that was imbued with a European flair lacking in the first generation.

The current car’s derivative nature renders it invisible among modern pony cars. Nevertheless, its handsome coke-bottle fenders swoop invitingly, proving to be a welcome antithesis to the many boxy SUVs clogging our arteries. And it makes you look lovely when you’re driving it, an imperative with automotive fashion.

Interior: Never a monument of practicality, there’s no place to put anything in the current Camaro. Yes, it has cupholders. But its center console bin is as shallow as a corporate press release.

This car’s map pockets are little more than suggestions. Then there’s the trunk, which is roomy enough until you put the top down, when it will hold a duffle bag. But this should come as no surprise.

What is surprising are the power window switches. There are four, but only two raise or lower one of the four windows. So, you first select whether you want to operate the front or rear windows by hitting a button.

Then, you hit one of two other switches to operate the windows. All four windows go down when you lower the power top, but annoyingly, not when you raise it. Thankfully, the top raises and lowers quickly, and has a glass window with defroster.

The driving position remains low with a beltline that’s still ridiculously high, making it hard to see out of the car. However, the cabin is impressively well assembled, with high-quality materials that proved to be rattle-free. Uniquely, the climate control temperature is changed by twisting one of two air vent bezels.

Powertrain: As with any pony car, the more you pay, the more you can play. LS and LT models come with a standard dual-overhead cam 2.0-liter turbocharged four-cylinder that produces 275 horsepower and 295 pound-feet of torque through a 6-speed manual transmission or optional 8-speed automatic.

LT models, like the test vehicle, can be fitted with an optional dual-overhead cam 3.6-liter V-6 and 10-speed automatic that generates 335 horsepower and 284 pound-feet of torque. LT1 and SS models get a standard overhead-valve 6.2-liter V-8 that makes 455 horsepower and 455 pound-feet of torque through a standard six-speed manual or optional 10-speed automatic.

“… the ZL-1, with its supercharged 6.2-liter V-8 that unleashes 650 horsepower and 650 pound-feet of torque and the same gearboxes. The test car’s V-6 driveline included Normal, Sport and Snow driving modes …”

Technology and Safety: A 7-inch infotainment touchscreen and Wi-Fi hotspot is standard. An 8-inch-diagonal screen is optional; a navigation system is optional on 3LT trim. The system is easy to use, and the icons are large and easy to hit while driving. However, it can be slow to respond. The Bose audio system was typical of the brand, with all bass and treble, but little mid-range punch.

While standard wireless Apple CarPlay and Android Auto are welcome additions, the wireless charging pad is in the rear seat’s center console, and there’s no way to secure your phone. That’s not very comforting when it’s lying behind you, unsecured, on a flat surface in a convertible. 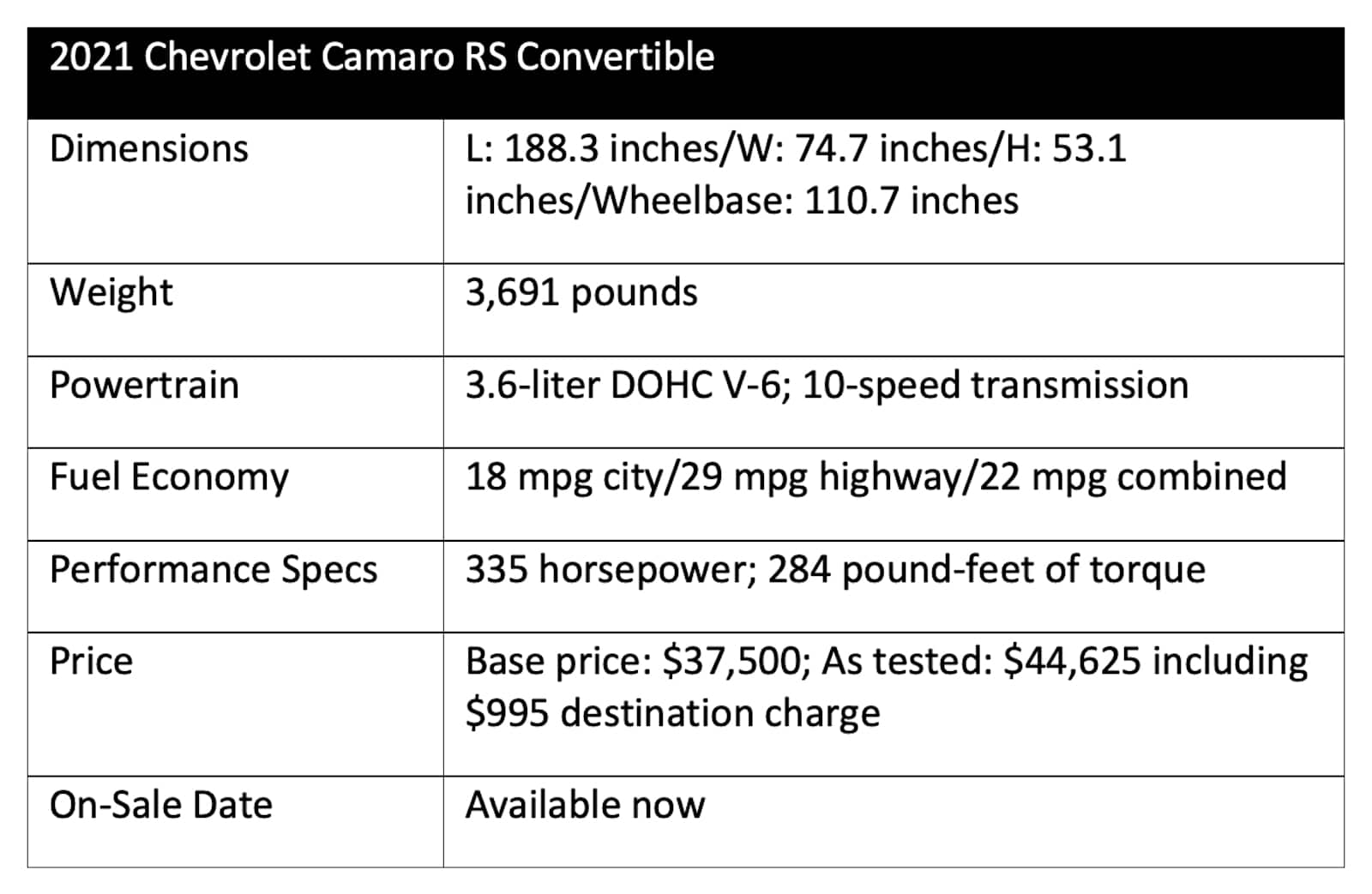 Driving impressions: Handling is superb and is this car’s saving grace. It has beautiful feel, its solid grip hanging tough in corners as it communicates exactly what’s going on. And while the 10-speed transmission can get a bit too lazy when left to its own devices, the paddles on the steering column rectify that, banging off the shifts with impressive speed.

That’s when this car comes alive, bending to your every wish. The V-6 proves to be surprisingly quick and responsive, with exquisite sounds. That said, when you plant your right foot down in Sport mode, and the car responds, it flashes a silly message in the instrument cluster that says, “performance shift, active.” Well, no duh.

Wrap Up: While this car is loaded with compromises, it delivers the one thing enthusiasts really want: driving pleasure. It’s a great car when considered on those terms. But it doesn’t seem to be enough in a market segment where GM has always followed, rather than led, and continues to do so. If there is to be another, it has to be as functionally and stylistically enjoyable as its driving experience. 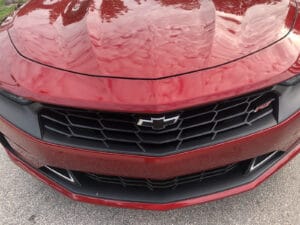 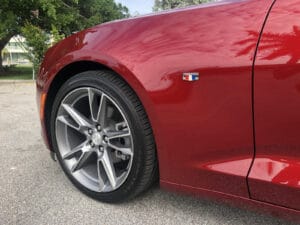 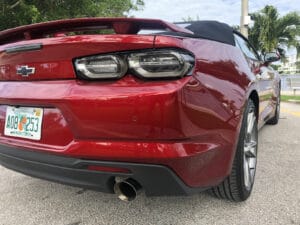