Perhaps the best daily driver ever.

For 2021, BMW is unleashing latest generation of its 5 Series midsize sedan, the seventh since its launch in 1972.

And while it’s available in any number of iterations, including 530i, 530e Sedan, 540i and M550i, it’s the range-topping M5 that’s truly a world-dominating super sedan.

Overview: All 5 Series get a midcycle refresh, for the new model year, including this Bavarian athlete, which returns as the M5 and M5 Competition. Thankfully, what has made the BMW M5 desirable since the Reagan administration remains unchanged.

BMW provided an M5 Competition for a weeklong test drive.

Exterior: The 2021 BMW 5 Series’ new wardrobe is given its sportiest treatment on the M5, with its reimagined kidney grille, front bumper, air intake and lighting. There’s a standard carbon fiber roof, M mirrors and M side air breathers.

The test vehicle’s matte finish “Frozen Blue Metallic” paint enhanced its no-nonsense appearance, and the sedan’s lines give it the appearance of being even longer than its 196.4-inch length would suggest.

Competition model get 20-inch wheels, while others make do with 19s, which are distinguished by high-gloss black trim on the kidney frame, side outlets, rear badge and the black-chrome M Sport exhaust.

The front seats proved spacious, with the driving position optimized for sporty driving. Support and comfort were all-day comfortable, and the interior was astonishingly quiet for a sports sedan. Interior materials were first-rate, and the assembly quality was impressive.

Rear-seat legroom seems adequate at best, unless front-seat passengers made some accommodation. All four seats get climate controls, while the 14 cubic foot trunk seemed sufficient.

Even more impressive was BMW’s decision not to get all futuristic with this car’s controls. Knobs and buttons control the climate, while a series of buttons that control radio presets sit alongside a simple power/volume knob.

In other words, you don’t have to take your eyes off the road and fiddle around on a series of sub-menus to get what you want. And the M5’s touchscreen can still be controlled by a large knob and shortcut buttons on the center console if you prefer. It makes for easier driving at high speed.

But if you’re a hedonist, albeit one who adores driving fast, opt for the $3,350 Executive Package, which adds little touches, such as soft-closing doors, power rear sunshades, front ventilated/massaging seats, front and rear heated seats, self-parking assist, a driving recorder and a 360-degree camera.

Powertrain: BMW says its twin-turbocharged 4.4-liter V-8 produces 600 horsepower and 553 pound-feet of torque through all four wheels, good enough for a 0-60 mph run of 3.2 seconds. Opting for the Competition Package nets an extra 17 horsepower and is a tenth of a second quicker 0-60 mph time.

Comp models also receive a number of suspension tweaks and an exclusive Track mode that shuts off the electronic aids and the infotainment screen for enthusiasts who spend their spare time at the track. If that sounds like you, you’ll also appreciate the $8,500 carbon ceramic brake option.

A Wi-Fi hotspot, Apple CarPlay and Android Auto compatibility are standard. And the test vehicle’s $3,400 Bowers & Wilkins sound system was among the best sound systems I’ve ever experienced in a car, although the sound you really want to hear emanates from the powertrain. The new larger screen touchscreen is greatly appreciated, and the ability to use the controller or touch the screen is a positively indulgent touch. 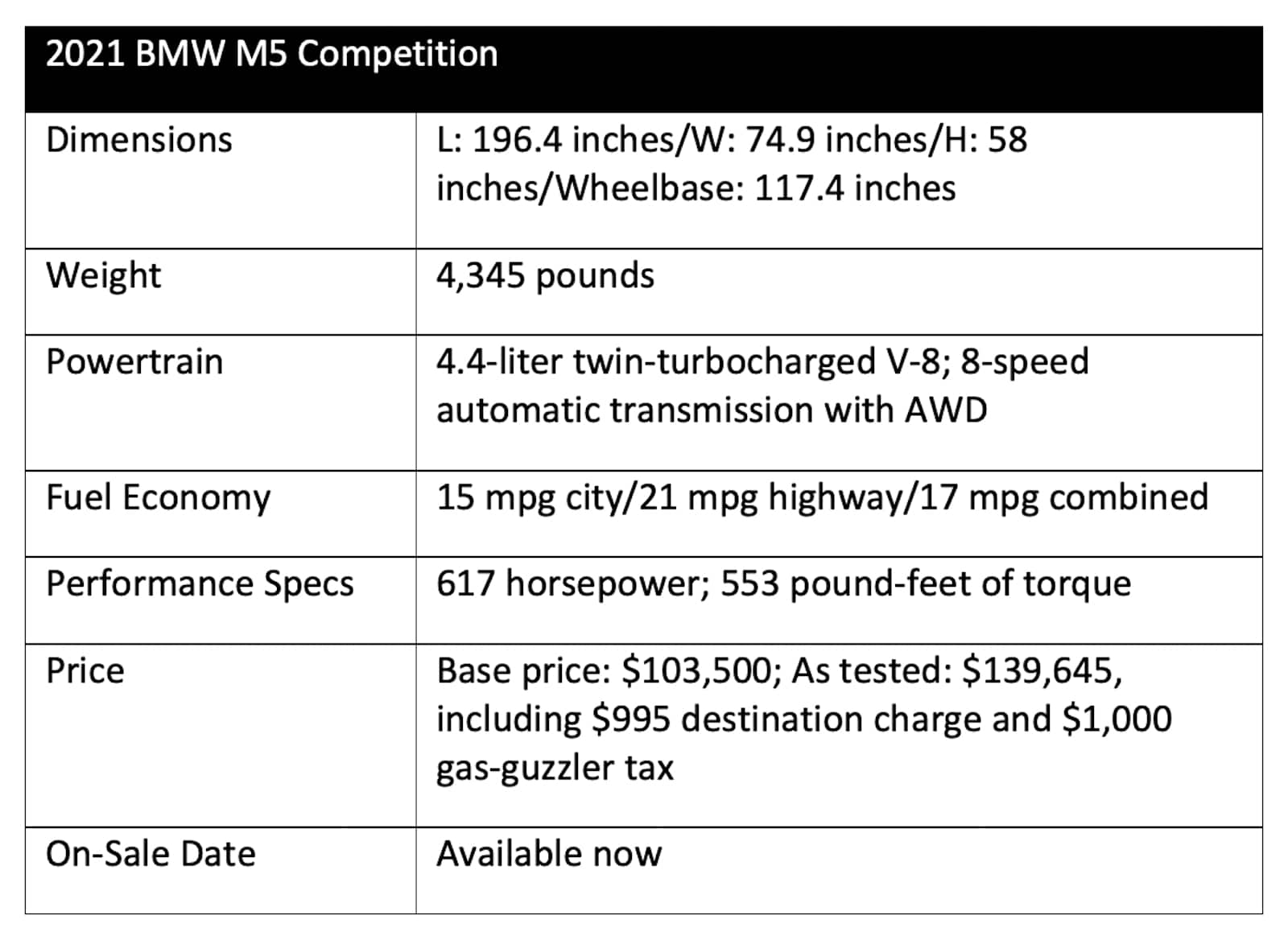 Driving impressions: The 2021 BMW M5 Competition walks the tightrope, deliver a blistering performance that at times is almost velvety smooth.

Even if you’re not a track hound, there’s plenty of fun to be had behind the wheel, despite the lack of a manual transmission and the inclusion of all-wheel drive. As with other BMW all-wheel-drive systems, this one is rear biased, allowing for plenty of fun.

Sure, it’s lively, with epic grip in corners and no hint of body roll. Steering and brakes have a direct feel that’s sublime, whether doing hot laps, or gently shuttling the kids to school. This is a very easy car to drive smoothly. Most remarkable of all is ride quality, which is far more comfortable than previous M5s, yet doesn’t appear to have affected performance one iota.

Fuel economy was slightly better than the EPA rating, coming in 18 mpg, low enough for the Feds to saddle the M5 with a $1,000 gas guzzler tax.

Wrap Up: BMW’s newest M5 is perfectly suited to its class, able to comfortably transport your brood, or adroitly delivering driving thrills you’d never expect given its suave demeanor. That it can deliver both comfort and competition-level thrills is remarkable and a rarified trait in an automotive obsessed with bloated bread trucks disguised as crossovers SUVs. 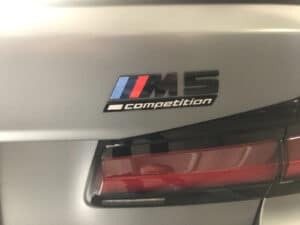 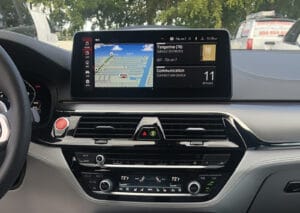 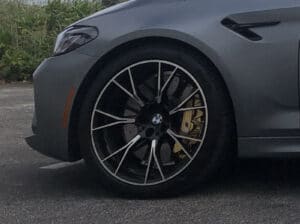 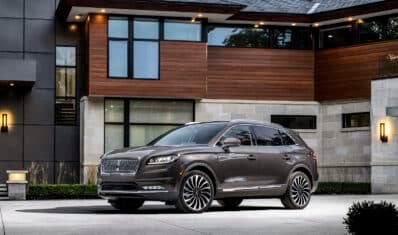