A Week With: 2021 Bentley Flying Spur V8 in Barnato

A worthy flagship — but watch out for those options.

During the many years I’ve lived in my quiet Detroit suburb, neighbors have gotten used to seeing at least one new model parked in the driveway each week. Some even make a point of passing by regularly to see what’s the latest to roll in. But few products have drawn the attention of the Bentley Flying Spur that I took temporary possession of earlier this month.

More precisely, what I had the good fortune to spend nearly a week with was the 2021 Bentley Flying Spur V8 in Barnato. That embellishment references the classic, deep green paint on the big sedan. It’s also a nod to Woolf Barnato, the heir to the Kimberley diamond mine fortune and legendary “Bentley Boy” who pulled off a three-peat win a Le Mans nearly a century ago. If not for his diverting a large chunk of his inheritance, the Bentley brand likely wouldn’t exist today.

And what a shame that would be. While the rise of the 1% has yielded all too many exercises in excess, there is a classic elegance to Bentley, and the Flying Spur, in particular.

With the demise of the Mulsanne last year, the Flying Spur became the British brand’s new flagship. While there are some who might lament the decision, (and who are likely to switch to the Rolls-Royce Phantom, Mulsanne’s most direct competitor), it was a wise move. And, for most, the Flying Spur is a far more than adequate alternative.

Measuring just over 209 inches, with a 126-inch wheelbase and a width of 78 inches, it presents a formidable appearance and, inside, delivers the “business class” space this class of buyer clearly expects. Add to that all the luxurious details you’d expect of a Bentley flagship, with the marque’s traditional skill at customizing its products to your heart’s desire.

The Flying Spur also offers the sort of power and performance that would have been welcomed by Woolf Barnato. The big sedan shares the same underpinnings as the Bentley Continental GT Coupe and manages to deliver the sort of neck-snapping acceleration and confident handling you might not expect from a vehicle of this size — and a curb weight of 5,137 pounds.

With its large, upright grille and “Flying B” hood ornament, the Bentley Flying Spur has a dramatic, almost cinematic, presence. Yet it clearly hasn’t stood still. The latest-generation sedan, first released for the 2020 model year, features a more coupe-like roofline than its predecessor, with elegantly sculpted shoulder flares that give it the look of a body builder.

Whether parked in a driveway or rolling down the freeway, it is conspicuous, but far less over-the-top than the old Mulsanne or the Rolls-Royce Ghost that is its most direct competitor.

Our test model, with its deep green Barnato paint, is the version we expect to appeal to classic Bentley fans, the color harkening back to the days when the marque was a formidable presence on the endurance racing circuit. There are, incidentally, a few subtle differences between the V-8 edition and the top-line W-12. These include quad exhaust finishers rather oval twins, 20-inch standard wheels and some unique badging. Our particular model included 22-inch twin-spoke wheels and a panoramic roof.

Slip inside the Bentley Flying Spur and you’re welcomed with a sumptuous blend of leather, wood and elegant metal trim. A visit to the Bentley website will reveal that buyers have a seemingly endless list of options to choose from, including a wealth of different leathers and woods in an assortment of colors and finishes.

Bentley hasn’t been left behind by the push towards high-tech componentry, but it has taken some intriguing steps to balance digital features with more traditional luxury touches. The most interesting example is the 12.3-inch infotainment screen which can be rotated out of sight, a wood panel with three classic analogue instruments appearing in its stead. The sedan comes with a WiFi hotspot and adds Apple CarPlay — though not Android Auto, surprisingly.

Cabin space is absolutely cavernous and the seating is sumptuous. The back features a three-person bench but that can be swapped out for two buckets, if you prefer.

A buyer has the option to not only customize cabin upholstery and trim but add a wealth of other features. The standard, 10-speaker audio package can be upgraded to a 16-speaker Bang & Olufsen or, in our tester, a 19-speaker NAIM system that, to my ears, offers the most incredible mobile audio available. Be aware that options don’t come cheap. Wireless smartphone charging runs $385. Deep pile mats are $610. And a refrigerated bottle cooler will add $2,440 to the sticker price.

The Flying Spur is offered with two different powertrain packages. At the extreme, there’s the unique W-12 engine, its 6.0-liter displacement yielding 626 hp and 664 pound-feet of torque. That’s enough to blast you from 0 to 60 in a mere 3.5 seconds.

Both models are equipped with an 8-speed dual-clutch gearbox, power then channeled to all four wheels. What’s shocking the first time you experience it: hold the brake, rev the engine and then release your left foot to feel this behemoth briefly leave rubber from all four wheels before locking up to the pavement.

The 2021 Flying Spur offers a long list of digitally controlled features, though you should expect to check the option box for a number of them. That rotating infotainment option mentioned earlier? Add another $6,425.

You’ll find more conventional Bentley-esque features, as well, like the beverage cooler and the $345 air ionizer. And those who want maximum performance shouldn’t skip features like the Bentley Dynamic Ride with All-Wheel Steer, at a mere $7,730.00.

The Flying Spur’s air suspension has a number of advantages, helping the car hunker down at high speeds, while also raising ground clearance for coping with deep mud or snow — and to make it easier for passengers to climb in and out.

The Spur also offers numerous advanced driver assistance systems, like forward collision warning with pedestrian protection. But, no surprise by now, a number of others, including automated emergency braking, are optional.

Despite its mass and overall height, the 2021 Flying Spur quickly impresses when you take it out on the road, especially if you’re looking to see how well it can perform. Woe to any kid in a Mustang or Supra who expects to blow your doors off when the light turns green. This is one surprisingly quick beast.

And it also handles far more nimbly than you would expect, as I discovered taking the big Bentley out on my favorite test route through the appropriately named Hell, Michigan. With the air suspension and Dynamic Ride Pack 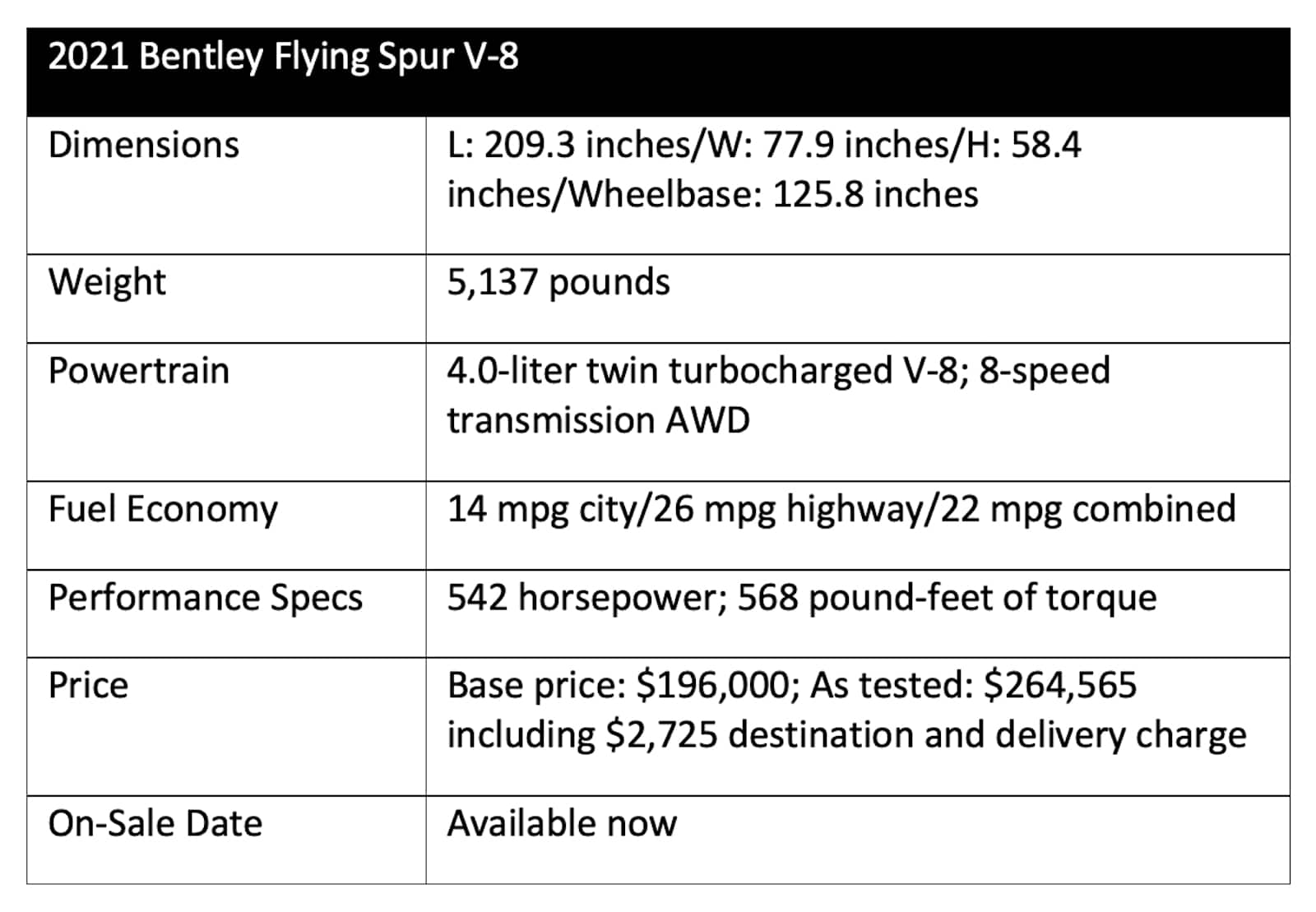 age, you can flog it through corners like a boy racer.

The four-wheel-steering system serves double duty, At speed, the rear wheels turn counter to those up front, helping the Flying Spur carve its way around corners. At lower, ‘round town speeds, they turn the same direction as the front wheel, making it easier to maneuver at intersections or steer into a tight parking spot.

Of course, most customers will be looking for the pinnacle of long-distance cruising and that’s where the Flying Spur really shines. The suspension makes all but the deepest potholes and bumps vanish. The V-8 simply purrs at highway speed, the 8-speed DCT seamlessly shifting between gears.

For decades, Bentley was the largely forgotten premium brand. That began to change when the marque was split off of the more familiar Rolls-Royce and sold to the Volkswagen Group. Since then, it has come into its own in ways not seen since the era of Woolf Barnato.

The 2021 Bentley Flying Spur is a worthy flagship for the British marque, immensely capable of serving chauffeur duty, but ready in an instant to deliver surprising levels of performance. It’s handsome, lavishly detailed and something worth aspiring to.

Clearly not something the typical motorist will be shopping for. But, for those with the necessary bank account, the 2021 Bentley Flying Spur is a vehicle well worth considering. 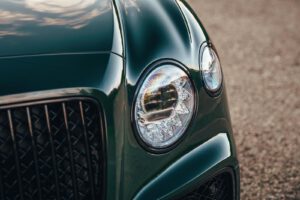 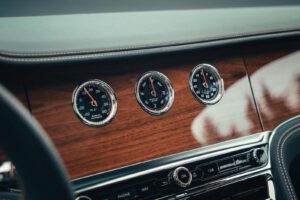 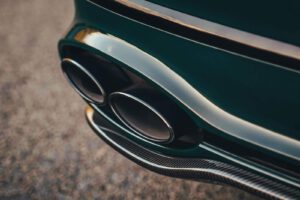