Volvo elected to ship the 2020 V90 T6 AWD Inscription to the U.S. because it is a smart, practical vehicle that provides a comfortable ride that ought to appeal to discerning customers searching for something different.

Overview: The Volvo V90 is distinctive without being ostentatious and well-equipped with some of the latest technology for motoring inside and outside of cities. It also delivers the kind comfort and convenience that owners expect from a luxury vehicle in a stylish package that includes ample power.

In addition, it is built in adherence to Volvo’s traditional emphasis on safety with plenty of protection for the driver and any passengers, making it a solid choice for suburban carpooling, weekend trips and/or commuting over longer distances where a sedan might be considered the first choice.

(Volvo sweetens the deal as it tweaks its Care subscription service.)

Exterior: The front of the V90 carries a nicely stylized version of Volvo’s signature grille and the “Thor’s Hammer” light fixture. But the designer’s efforts did not end with the front fascia or the special 19-inch Inscription wheels.

It carries over into the sleek silhouette that gives the V90 an air of distinction when it’s sitting at a curb, standing at a light or moving through traffic. The sleek silhouette is supported by the character lines that run the entire length of the vehicle.

When you combine those lines with the handsome tailgate, it amplifies the V90s station-wagon character. Mixed with a relatively low roof line, it stands apart from the ordinary, run-of-the-mill utility vehicles. The non-utility vehicle appearance also helps the V90 overall look more like a sporty sedan.

Interior: The cabin of the Volvo V90 is spacious and nicely furnished with Nappa leather upholstery and luxury appointments and design are emphasized by bright work, wood inlay on the dashboard and even the inner door panels are nicely detailed, adding to the richness of the interior.

The interior layout includes a large touch screen that includes buttons on both the steering wheel and on center stack for changing stations or searching for other entertainment. The gauges are easy to read and things like cupholders

and quick storage are easy to reach.

Sound intrusion in the cabin is minimal even on rough pavement where the combination of tire and road noise tend to be at their worst. You do not have to push up volume to hear the music in those situations. Visibility from the driver’s seat is first rate and the big moonroof, which comes with a shade, brings extra light into the cabin during the day.

Powertrain: Volvo switched to smaller engines quite a few years ago, giving up gradually on investments in V-6 motors before discontinuing them altogether. Instead, Volvo has concentrated on supercharged and turbocharged, 4-cylinder engines with direct injection. The switch has paid off for Volvo, which has not seemed to lose out in terms of overall performance and now other carmakers are following suit.

The 2.0-liter engine, which is coupled with a stop-start system to save fuel and with an 8-speed automatic transmission, produces 316 horsepower and 295 pound-feet of torque. The driveline in the Volvo V90 also includes an all-wheel-drive system that offers instant traction on a slippery or uneven surfaces plus adjustable drive-mode settings. The fuel economy rating is 25 miles per gallon combined, which includes a rating of 21 mpg in the city and 32mpg on the highway.

(Volvo using technology to cut down distracted driving — due to technology.)

Technology and Safety: The Volvo V90 T6 AWD Inscription I drove carries a luxury-car price tag of $67,640, including the $995 so it comes well-equipped with up-to-date technology, such as 12.3-inch driver display that is shared with the entertainment and navigation system. It also equipped with Bluetooth, Apple CarPlay and Android Auto as well as a Wi-Fi hot spot and satellite radio and two USB ports.

Volvo is intensely proud of its reputation for building cars that protect occupants and the V90 is equipped with LED headlights and fog lights, blind-spot detection, lane departure warnings, lane keeping assistance and collision avoidance, sleepy driver alerts and adaptive cruise control. There also is mitigation braking and front, side, and curtain airbags to protect passengers in rollover accidents as well as a driver-side knee airbags to protect the lower legs in a frontal collision.

Driving Impressions: One of the most salient features of the Volvo V90 is that the driving characteristics and suspension performance underneath them perform more like those in a well-honed sedan rather than a large sport-utility vehicle, which makes it much more fun to drive. The ride character and the handling are quite comfortable, and the electric-powered steering feels alive in the driver’s hands.

The Volvo V90 does not have the ground clearance of an ordinary SUV but it’s much more nimble on the road and easier to handle through curves, even on broken pavement where the all-wheel-drive system comes into play to help with the vehicles stability. 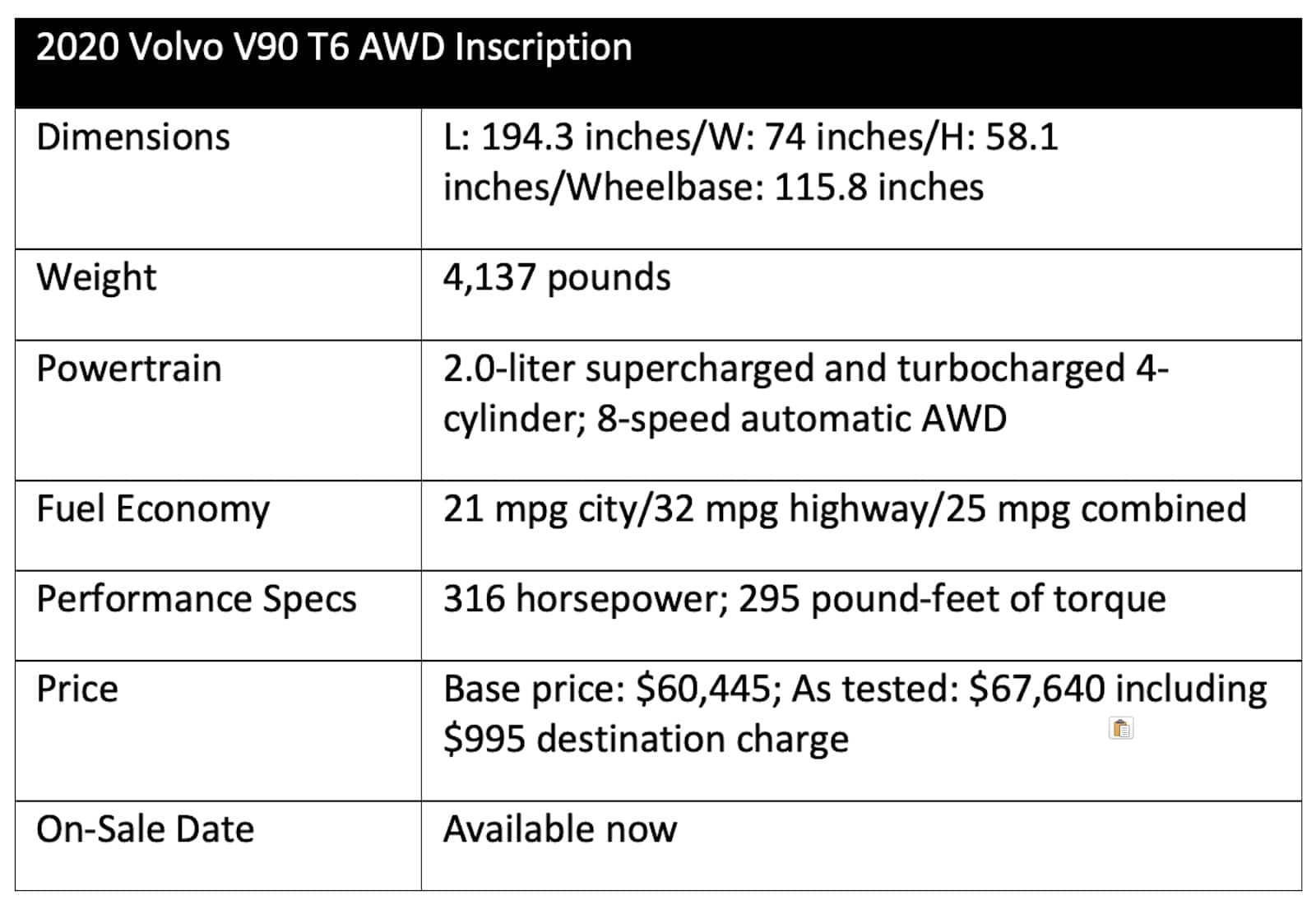 On the freeway the power of the T6 engine is impressive and delivers the sort ample power in passing situations one expects. The result is a car with a comfortable, well-controlled ride that eases the stress of any longer journey.

Wrap Up: Station wagons have fallen out of favor in the United States and the European carmakers that still build them have huge internal debates about whether to ship a few to dealers in the U.S. They struggle to deal with the fact that the station wagon has an image problem created back when wagons were big lumbering body-on-frame vehicles with shoddy suspensions. They also seemed to rust the first time they are caught in the rain — minivans were a big improvement.

The Volvo V90, however, is a completely modern, sophisticated vehicle capable of meeting the needs and whims of even the most demanding customers if they are willing to consider an up-to-date version of old-fashioned concept that helped millions of Americans take their first genuine road trip. The V90, despite its prices, is well worth consideration. 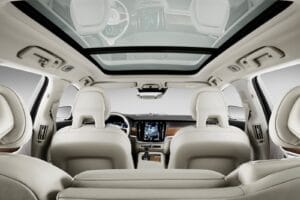 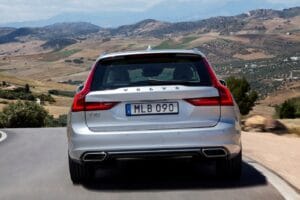 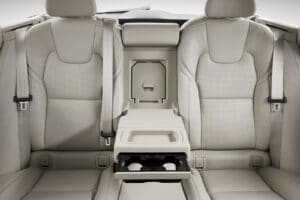